Science: Accurate to the atomic level! These protein crystals are the "culprits" of asthma.

Asthma is a common chronic airway inflammation, often leading to recurrent wheezing, shortness of breath, chest tightness, cough and other symptoms, seriously affecting the quality of life of patients. According to the Global Asthma Report, the incidence of asthma is about 4.3%, which means that about 334 million people worldwide have varying degrees of asthma. It is expected that by 2025, this number will increase by 100 million to 434 million.

Recently, the VIB Institute in Belgium, the Ghent University Hospital and the biotechnology company Argenx have collaborated to study the presence of protein crystals in asthma. Proteins usually do not crystallize in the body unless they encounter special conditions. The researchers found that when protein crystals are abundant in the mucus of the respiratory tract, they stimulate the immune system and induce changes in respiratory inflammation and mucus secretion in asthmatic patients. The study has been published in the journal Science. 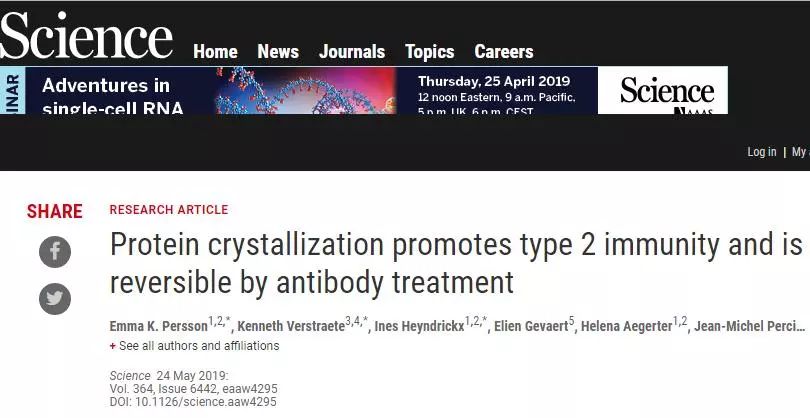 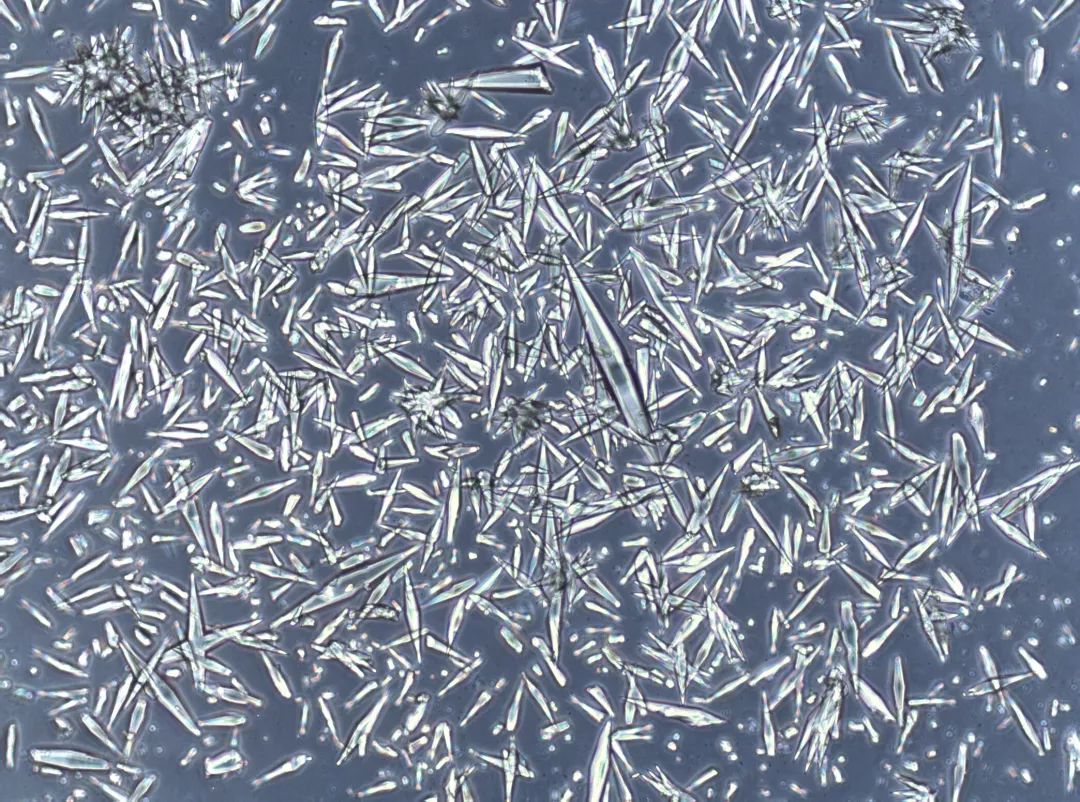 As early as 1853, the Parisian scholar Jean-Martin Charcot reported a detailed sketch of the double-cone crystal he observed in the sputum of asthma patients. In 1872, Ernst von Leyden did the same observation. These crystalline deposits are well known Charcot-Leyden crystals (CLCs) in the medical community.

Since then, CLCs have been linked to chronic allergic and inflammatory diseases such as asthma, bronchitis, allergic rhinitis and sinusitis.

However, because their actual connection to the disease is not known, scientists have largely ignored these crystals. Until recently, scientists have confirmed that CLC is composed of Galectin-10 (Galectin-10, Gal10). Gal10 is one of the most abundant proteins in eosinophils, which helps to produce an inflammatory response in the human body. Surprisingly, Gal10 is still largely soluble in eosinophils, which form crystals only when released as part of an immune defense.

CLCs crystals can cause damage to the lungs

The function of CLCs crystals is so elusive that scientists are unable to determine whether CLCs stimulate lung immunity and cause excessive inflammatory reactions leading to disease. 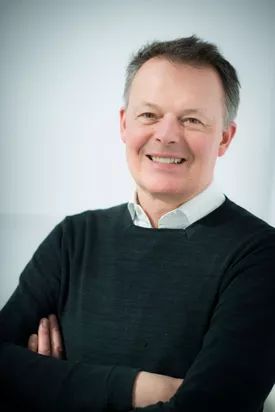 Researcher Professor Bart Lambrecht said: "Almost every doctor knows about CLCs in medical training, and everyone combines these crystals with eosinophils. They are often found in the sputum of asthma patients, especially those with serious illnesses. However, no one really knows what these crystals do and why they appear there. By analogy of gout, the onset of joint inflammation caused by uric acid crystals, we conclude that CLCs may also cause damage to the lungs of asthma patients. ”

To test this idea, scientists have overcome many technical challenges. They found a way to generate millions of Gal10 crystals in the lab and determined that these crystals were identical to the CLCs found in patients. The researchers also used the crystals obtained from the patient to determine the three-dimensional structure of Gal10 and to be accurate to the atomic scale. 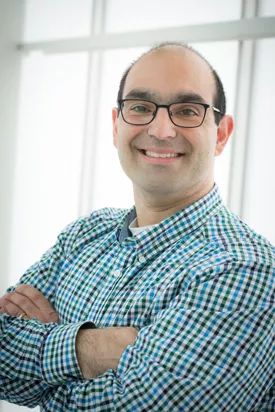 Professor Savvas Savvides said: “This is the first time in the history of biochemistry and medicine to study patient-derived protein crystals at atomic resolution. It is worth noting that although this microscopic crystal is only a few micrometers, it has survived a difficult and rigorous experimental process. Most importantly, we obtained a beautiful three-dimensional structure inside the protein molecule based on the data obtained. ”

The researchers found that only when Gal10 is in a crystalline state, it triggers a full-fledged immune response. In solution, Gal10 is harmless. However, the presence of Gal10 in the form of CLCs crystals induces major features of asthma, including mucus changes, which is a major problem for most asthma patients.

Subsequently, the research team teamed up with a Gent-based biotechnology company, Argenx, to develop antibodies that specifically target CLC. It is worth noting that the antibody is capable of dissolving CLC in a laboratory dish for a few minutes and is dissolved within a few hours of mucus in the patient's body. In a mouse model of asthma, the use of these antibodies significantly reduces lung inflammation, lung function changes, and mucus production. Such antibodies may be first-line therapies to reverse protein crystals, treat asthma and other chronic inflammatory diseases of the respiratory tract.

The antibody is used to dissolve CLC. 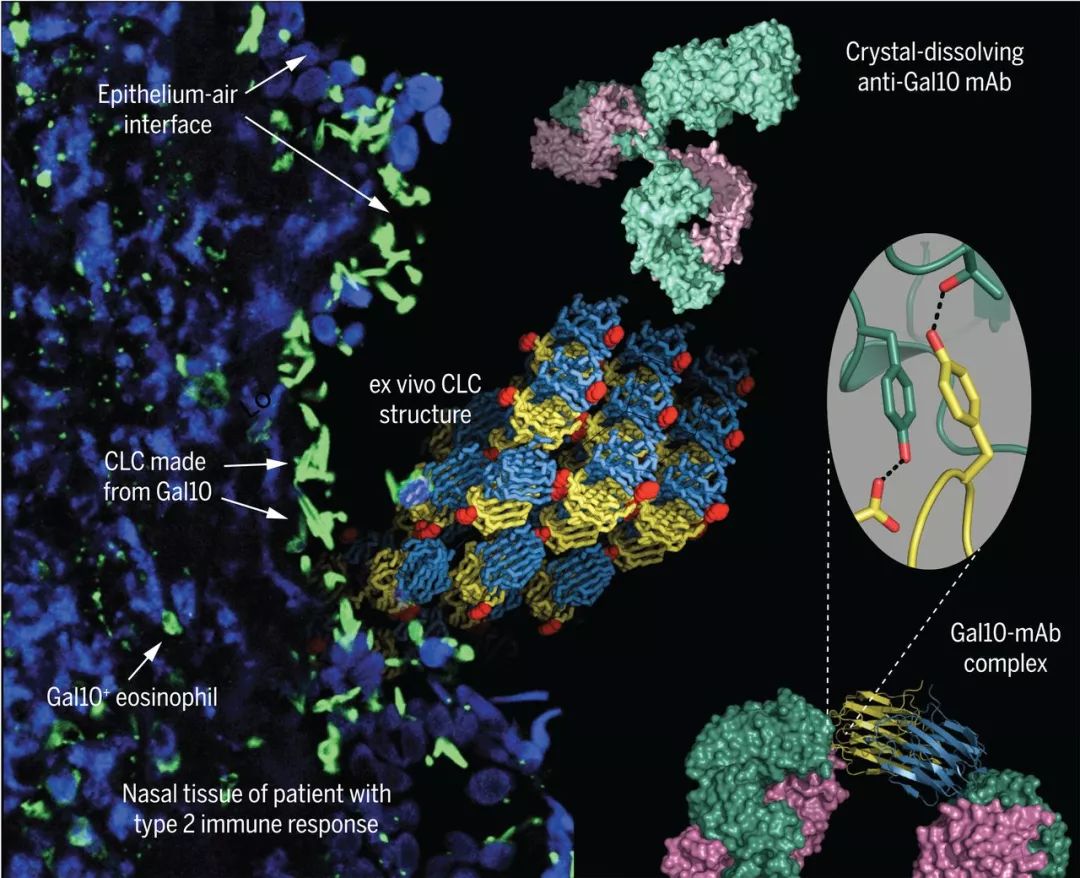 Professor Savvides said: “It’s like magic, it took me 25 years to learn and worry about the crystal structure biology of proteins. Now, suddenly I saw the real-time dissolution of protein crystals. Most importantly, we can also see how these antibodies play a magical role by determining their crystal structure with the antigen. ”

Of course, more tests are needed to verify this finding. However, data from mouse models suggest that the use of these antibodies may be an effective way to reduce excessive inflammation and mucus accumulation in the lungs of asthmatic patients. Since there is currently no drug for airway mucus accumulation, this finding will change the status quo.

This article is a bio-exploration original, welcome to personal forwarding. Any other media or website that needs to be reprinted must indicate the source of bio-exploration before the text.

Related news
Science: Mononuclear sequencing accurately captures the type of human brain cells that are potentially "pathogenic"
Science: Accurate to the atomic level! These protein crystals are the "culprits" of asthma.
Chinese scientists protest against the scientific research environment in the United States. "Poisonous," Nature and Science speak out!
AI has captured many people and has re-entered Science, training costs $150, and wins 1,000 knives per hour.
Science: How the brain encodes visual information about color and shape
Hot news this week
Is it the second Foxconn, LANs technology, Mengniu and even "old Ganma"?
Tencent received "dog ", Li Yanhong after all is wrong to pay?
Xiaomi ranks in the top 50 of fortune China's top 500 in 2020: top three Internet service companies
Mobile payment war of seizing ant financial services and Tencent in Southeast Asia
Sogou has to be sold. Is Tencent's high price worth it?
New battlefield of Ali, pinduoduo and Jingdong: Fruit Farm
Tesla Model x? Foreign media articles are "overturned" by Weilai
Does Tencent's acquisition of Sogou challenge Baidu's position in the search industry?
China Unicom launches plus membership: minimum 99 yuan / year, 12 VIP free choice
The investment bank predicts that Apple's third quarter earnings report is full of flexibility, and the future focus is still on the 5g version of the iPhone 12
The most popular news this week
Bezos Musk's face is just! Amazon plans to spend $10 billion on space Internet
AMD will surpass apple in the second quarter of next year
American youth: saving tiktok
Parkour Runner-up Yubi "Super Hunting City" game experience full
Z times competition for Asus b550 snow blowing motherboard
Xiaomi's donation to "hongzhisheng" in five cities came to a successful conclusion
Internet users in America launched the tiktok TikTok: support for overseas version of the jitter.
Xiaomi's new generation of true wireless headphones: active noise reduction finally added
Blockade, looting, hunting, how can China's science and technology "cross the loot"?
How many people are there in China? The seventh national census is coming: Tencent provides technical support