100 Israeli companies come to China: this is an opportunity to enter the Chinese market

On May 28th, “Go to Israel” will be held in Jinan, Shandong Province. More than 100 Israeli high-tech companies and startups will come to Jinan to attend the conference.

“ Sino-US trade frictions and other concerns have not prevented 100 Israeli companies from heading east, and they will be welcomed by the huge market that is eager to innovate. & rdquo; "Israeli Times" reported on the 27th.

The report said that although Israel regards the United States as its most important ally, it also tries to balance its relationship with Washington, hoping to open its doors as widely as possible to the rising economic power of China. 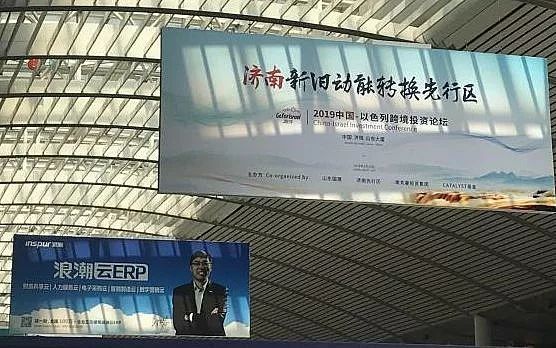 Despite the current situation, some Israeli companies have some doubts that the cooperation with China will be punished by the United States, but Edouard Cukierman, one of the organizers of the forum and head of the Israeli Cookman Investment Group, believes thatConcerns about doing business with China are exaggeratedTrade friction actually provides an opportunity for Israel.

“If a Chinese company cannot buy technology in the US, it may be purchased in Israel, soThis is an opportunity for Israel to enter the Chinese market,”Gu Kewen said.

Avi Luvton, head of the Asia-Pacific region of the Israel Investment Authority, said that although Israel has more knowledge of what trade friction means,He has not heard of an Israeli company evading China because of the United States.

Companies seeking investment in China include Israel's HIL Applied Medical, which combines nanotechnology with high-intensity lasers to develop a proton beam therapy for cancer treatment and plans to sell the product to the United States.

“So far, having a Chinese investor has not bothered us,” said HIL CEO Sagi Brink-Danan.

The report said that the Israeli government had agreed to follow the example of setting up a foreign-invested review institution in the United States and focusing on China.This "will make America happy" work has been stagnant.

Rebecca Zeffert, founder and executive director of the Israel Asia Center, agrees to set up a foreign-invested review agency, but opposes “to pick China out”.

Gu Kewen also disagreed with the establishment of such a supervisory body. He believes that few industries in Israel are subject to government supervision in foreign trade. 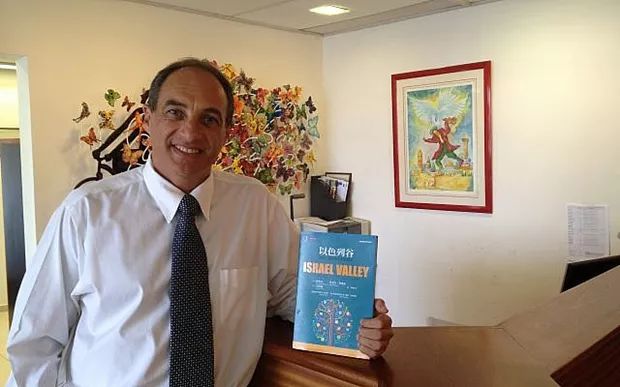 On the other hand, in his view, China does not care about Israel's political issues, but pays more attention to the economy.

“They are very pragmatic and don’t care about your politics,” said Gu Kewen. “The Chinese government sees Israel as an innovative strategic partner that can help revitalize the economy. ”

Zefirt said: "China's interests are China, and the conflicts that have been involved in other regions are not in line with China's nature. ”

Gu Kewen said that initially he only organized investment conferences in Europe, but now people are more interested in investing in China than ever before.

It is reported that 2019 “Going to Israel”; the International Investment Forum is the third time for the forum to be held outside Israel. The topics to be discussed in this forum include China-Israel M&A, China-Israel Cooperation, the New Silk Road Initiative, and China’s high-tech Israeli technology. And investment in life science companies.

Related news
100 Israeli companies come to China: this is an opportunity to enter the Chinese market
How to break in the second half of the Internet (I)
Hot news this week
Xiaomi's new keyboard and mouse product: keyboard can't only be used for typing
Ali, Tencent join the bureau," health code "can really replace the pass?
Opening of AMD's official store: Ruilong Limited gift box $150
Novel coronavirus pneumonia CDC may be followed by China's suspension of work and suspension of school
Here comes the 7 nm sharp dragon! Lenovo released ideapad slim 7 amd version on the US official website
"Cloud conference" is coming! Suning will broadcast Huawei new product conference live: held online on February 24
Samsung TV's global sales volume is the first for 14 consecutive years: qled is twice as big as LG OLED
Alipay's 240 thousand living materials rush to Wuhan, including 70 thousand packets of diapers / sanitary napkins, etc.
Climate change may dry up this river in the United States. Millions of people will be seriously short of water
Huawei releases new matebook d 14 / 15: upgrade amd R7 / Core i7
The most popular news this week
The whole family is in the past! Microsoft three in one office official edition experience
Baidu withdraws the lawsuit and Wang Jin responds: the one who is clear and the one who is turbid
Tesla speed up to Apple
Is it dangerous to cancel Microsoft Sony's exit from GDC Apple Google developer conference at F8 conference?
What's the direction of mobile phones in the future for vivo's new apex 2020?
Eric Schmidt thinks Silicon Valley may lose to China
Interpretation of Baidu's Q4 financial report in 2019: to alleviate the downturn in the first three quarters, it is necessary to define the growth point in the future
Why does the new crown outbreak not necessarily originate in China?
Here's a smart watch that costs only 130 yuan. It looks like an apple watch
Forbes China's 2020 Richest Women's List: Yang Huiyan First Ma Dongmin on the list