Forrest Norrod, senior vice president and general manager of the Enterprise and Embedded Division at AMD, said in an interview during the Taipei Computer Show.The fourth generation of the Zen 4 architecture, the genius code "Genoa" (Genoa), is still an Italian city, and the later Zen 5th Five-Year Dragon will continue this code name naming, but it has not yet been made public.

The release time of the four or five generations of Xiaolong did not say that it seems that the fourth generation of Genoa should be in late 2021 or 2020. 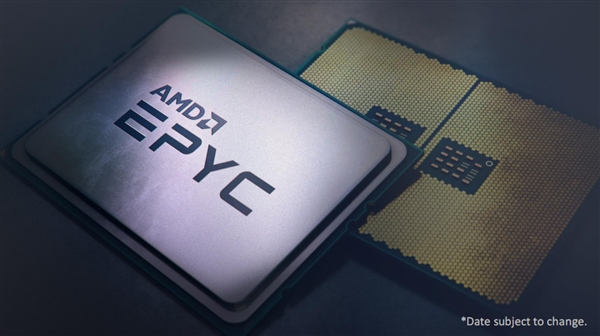 At the same time, Norrod also mentioned the recently announcedTop Supercomputer Frontier based on AMD platformIt is planned to be put into use in 2021 and the floating point performance can be reached.1.5EFlops (150 billion floating point operations per second)When it is not the first in the world, it is definitely the top three.

It was widely speculated that the supercomputer would use AMD Milan's third-generation Snapdragon, but Norrod confirmed that this is not the case, butUsing a processor specifically tailored for this project, instead of simply adjusting the core, frequency, and cache, the Infinity Fabric high-speed interconnect channel is used directly between CPU-GPU and GPU-GPU. 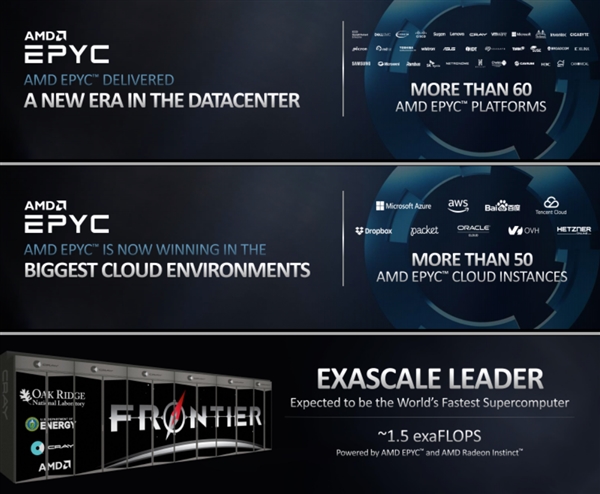 Related news
AMD officially announced the Zen 4 architecture to the 5nm EUV process?
AMD confirms the Zen 4 architecture 霄龙 codename "Genoa": There is also Zen 5
AMD Zen 3 Architecture Design Completed: One Drag Four!
AMD official slides reveal Zen 3 and Zen 4 architecture
Amd Zen 4, Zen 5 architecture advancing synchronously: a new platform in 2022
The official confirmed that the Zen 5 architecture is one of the most longevity CPU architectures for AMD
Hot news this week
Wechat has not done this function for N years! Use this app to make up for the defects of wechat
IPhone 12: it's more like throwing away the charger
Microsoft official free data recovery tool windows file recovery experience
Gree's response to "being disqualified from winning the bid": a mistake made by the bidder in sorting out the materials
Apple wants to know: what do you do with the charging head of the old iPhone?
Tencent magic change Yang surpasses video self mockery: I'm a simple and honest fake spicy sauce lost 16 million
Luo Yonghao comments on ideal one: Tesla Model 3 is not a car of a level at all
A 400-brand evacuation Facebook： the internet giant strangled?
How long can "Laoganma" carry on after winning Tencent?
The dotcom bubble? U.S. technology stocks surpassed their 2000 highs relative to the S & P 500
The most popular news this week
Amd overclocking God u! Ruilong 9 3900 XT, Ruilong 7 3800 XT chicken blood version first opened the box!
Tencent president Liu Zhiping once again sold his equity: cashing in more than HK $900 million during the year
Google AI director talks about AI issues: not enough tolerance
Glory and AMD headquarters in China: is the 7Nm sharp dragon magic book coming?
U.S. stocks closed down and rose nearly 15%. Pinduobili rose more than 4%
Moto g 5g plus: 90hz screen / 2800 yuan
Huawei Technology Limited applies for a large number of HarmonyOS trademarks
Xiao Ke Xing 360 mobile phone guard guards women's "fearless bloom" under the great security
Competing for 5g focus: Nokia is adding openran open interface to its telecom devices
Huawei's real rival in 5g era!