The father of HP's M&A super-calculation: the HPC market that AI has rolled up

In most people's minds, HPC (High Performance Computing) is an area of ​​high professionalism and relatively quiet. Everyone usually does a supercomputer to play the Top 500 list, and then sells these giants to universities and research institutions.

This has been the case for a long time. However, with the development of big data, the geometric growth of data volume has greatly expanded the application space of HPC. In this process, the liquidity of the HPC market has also begun to increase. The recent acquisition of an industry is a good example.

At the end of May, Hewlett Packard Enterprises (HPE) bought Cray, a supercomputer maker, for $1.3 billion, or $27 per share, a 27% premium over the average price of Cray stock in a month.

We might as well start from this acquisition, and look at the changes in the HPC market.

If you can't do it better, buy the stronger one.

From both sides of this acquisition business, it is a name worth remembering in the HPC market. The top five supercomputer vendors in the world are Lenovo, Inspur, Dawn, Cray and HPE.

HPE, the HP Enterprise, is one of two companies that HP split in 2014. HPE is focused on the hardware and services businesses of the enterprise market, including super-computing. Cray is also an HPC supplier, and in the top list of the world's top 500, the top ten supercomputers are provided by Cray.

But the difference between the two is that Cray's focus on HPC business is much higher than HPE. In most cases, HPE's main service target is only the computing needs of enterprise customers, not limited to one form of HPC. . Although HPE is the top five supercomputer supplier, it is not among the top ten. Its share of the TOP500 is only 9% of it, paying more attention to the commercial HPC field. 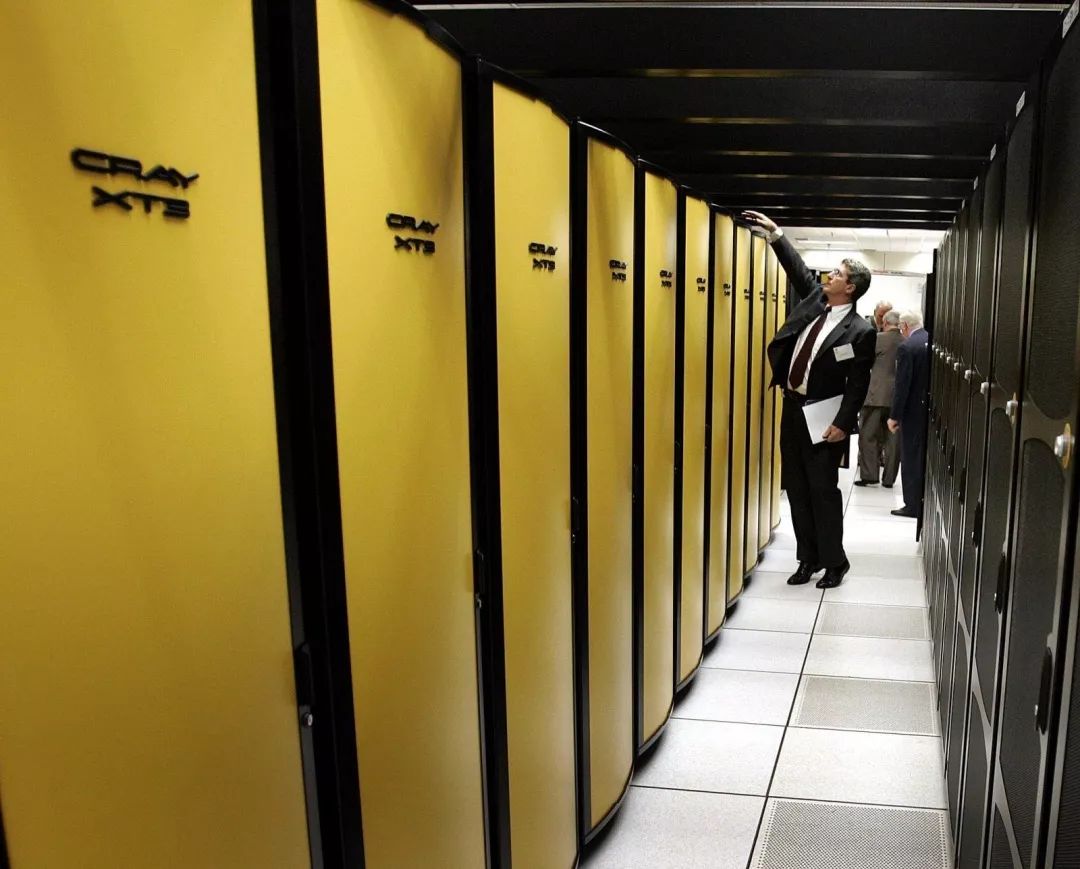 Cray is very focused on creating supercomputers that are extremely computational and used in government and academic research institutions. For example, Cray is currently working with AMD to build the world's first ExaScale-class supercomputer for Oak Ridge National Laboratory with the support of the US government. The contract is worth $600 million. Last year, Japan also looked for Cray to collaborate on making supercomputers for nuclear fusion research.

However, Cray's profitability is not satisfactory due to its focus on serving high-priced, low-volume, and long-term sales orders from governments and research institutions. According to the financial report, Cray's revenue in the first quarter of 2019 was US$72 million, a decrease from the US$80 million in the same period last year, and the loss further expanded to US$29 million. In other words, Cray's business model is closer to that of Paris, and HPE is a global fast-moving brand.

In this grim income situation, it is not surprising that Cray is selling HPE with a richer income structure.

Use a 30% premium for a million loss:

Business logic under the quintet

HPE's acquisition of Cray seems to have a very simple business logic —&Hdash HPE focuses on the commercial HPC market, Cray exclusive government and research institutions orders, the two sides can achieve a good complement each other. At a premium of nearly 30% per share, it is not so simple to buy a heavy business model that is at a loss.

HPE's acquisition of Cray is naturally a belief that it can copy and paste Cray's more powerful technical power on HPC into its mid-end enterprise market. Just like the luxury goods group's acquisition of workshops, the ultimate goal is to package IP and trademarks into goods on the assembly line. 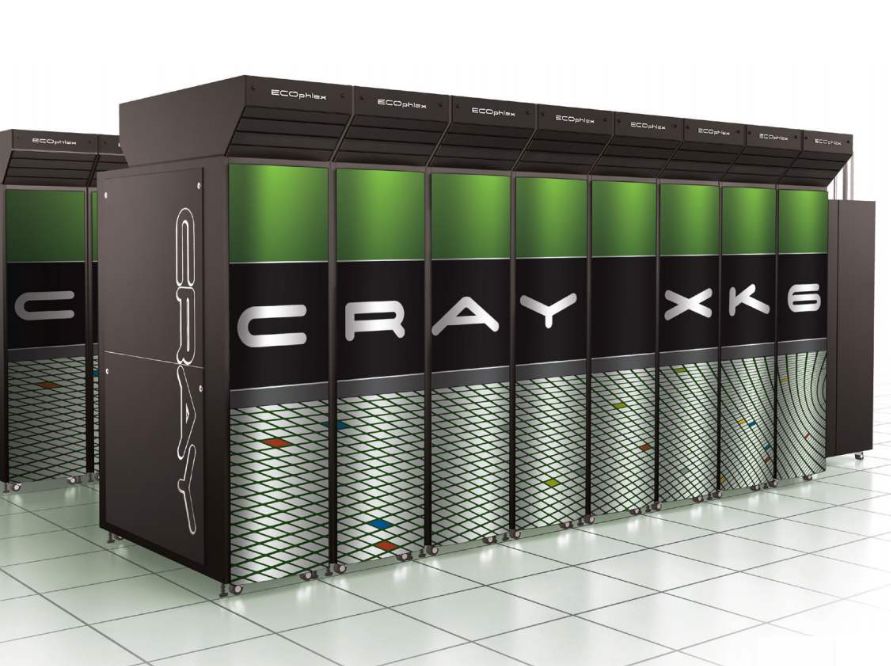 The reason why HPE has acted is believed to be influenced by the “Quartet” in the HPC market.

The so-called quintet in the HPC market is a combination of AI-HPC-IOT-Big Data-5G. This seems to be a model for putting together hot technologies, and there is no reason behind it. With the mutual driving between AI technology and IoT applications, the data volume and computing requirements will only skyrocket, and 5G will greatly expand the data transmission pipeline, which also gives room for further expansion of data hoarding. In the long run, the demand for computing in the industrial and commercial sectors is long-term bullish, which means that the current HPC capabilities in basic scientific research, seismic simulation, etc. will step out of the ivory tower into the commercial market.

Among the quintets, the most widely used AI technology now has an absolute power. AI's demand for computing has made NVIDIA, and AI's demand for computing is likely to be unlimited. At present, many companies in the HPC industry have already perceived this change, and have carried out related layouts and even transformations. For example, Lenovo put forward the concept of “Smart Super Calculation”, and Inspur also emphasized the support for AI scene application in the new product i48. Even Cray has established a special AI department. In recent years, ASC, ISC, and other HPC related conferences, the emergence of AI has become inevitable.

HPE apparently launched the acquisition through a long-term stagnation in the commercial HPC market, which first sensed the need for more efficient HPCs at the enterprise level under the influence of the Quintet.

After breaking the super useless theory

Among them, we are seeing the changes in the HPC market under the Quintet.

AI for the power demand, in one fell swoop overturned the widely spread "super-useless theory". For a long time, HPC, especially the Top 500 in the Top 500 list, is relatively far from commercial applications, mostly at the level of government and academic research. It is easy to ask questions. What is the role of HPC? Has the competition for super-calculation rankings become a strategic reserve at the political level? With the Quintet, the demand for computing power from the industrial perspective touched HPC, and “useless” and “useful” also began to reverse.

This also brings the next issue to the HPC market, the self-driving and external drive changes in production mode.

Taking Cray as an example, it is basically self-driven for the production of super-calculation, and it is continuously breakthrough through its own technical improvement, or cooperates with research institutions and governments to customize production according to their requirements. It can be said that such a production mode is separated from the real industrial market. 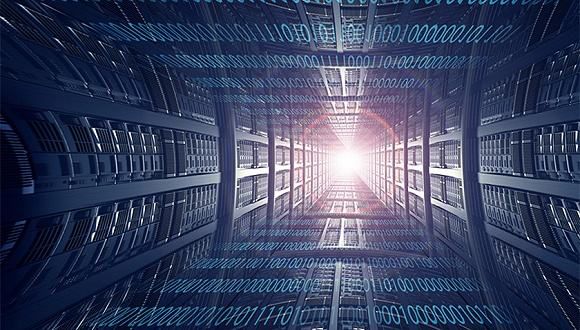 When HPC enters the industrial market alongside AI, 5G, IoT and big data technologies, it is necessary to accept external drivers from the industrial market to understand the general needs of the industry. This change is not an easy task for HPC. In particular, the industry demand has strong dynamic characteristics, while HPC's high unit price and long sales cycle model are heavy.

A good example is the change in HPC demand in the autopilot field. When autopilot first comes into contact with HPC, it is often required to build GPU compute nodes intensively to train the deep learning model that constitutes autopilot. But soon this demand changed, and autonomous driving customers began to focus on the storage requirements for massive data. The reason is that with the development of the Data Regulation Act, the compliant storage of data is beginning to become more and more important.

To capture this dynamic in time, it is destined to require HPC companies to have a deep track record of the industry, especially the other four partners in the Quintet. So we can see that HPC, which focuses on universities and government markets, is splitting and integrating with HPE, which has more industrial experience. In 2016, HPE also acquired HPC vendor SGI. It is not difficult to imagine that there will be more and more mergers or engulfments in the HPC industry in the future.

The merger of the acquisition of the 4th and the 5th is a major event in any field. The wings of the butterfly have long since disappeared. Now we are facing the waves on the ocean. The quintet is ringing one by one, and the new technology is indispensable for the internal boiling and digestion in the process of catching the industry.

Related news
HP Enterprise is close to acquiring Cray
The father of HP's M&A super-calculation: the HPC market that AI has rolled up
HP Releases domestic desktop HP 268 Pro G1: with megacore processor
Hot news this week
Qualcomm lobbied the US government to lift the ban on the sale of components to China
Tencent re racing e-commerce, but does not want to make the next pinduoduo
Wechat in Apple's Google App store may be banned. What if wechat can't be used on iPhone
Tencent's response to wechat ban issued by the United States: under evaluation
Foreign media revealed White House documents: the ban may make apple and Google "off the shelves" tiktok
Xiaomi 10 supreme commemorative edition press conference Lei Jun's live rehearsal
After the sesame seed, Alipay's "financial points" is officially launched: let's see how much you have.
The United States blocked tiktok and wechat one after another: This is the real purpose!
Tencent launched the largest school recruitment in history, and these positions are most popular
Votebymail is dedicated to helping American voters easily apply for postal ballots
The most popular news this week
Blood oxygen electrocardiogram monitoring Samsung announced Galaxy Watch 3 price of 2999 yuan
Samsung releases Galaxy Note 20 series of mobile phones :12 512GB emperor's edition 9999 yuan
Blue light not only hurts the eyes: it can also increase the risk of depression
Is it feasible for Huawei's "Tashan plan" to beautify 45 / 28nm production line?
Huawei is just 30
Net profit of Netease in the second quarter was 5.2 billion yuan, up 33.3% year on year
Why does the game book need 144hz high refresh rate? Lu Weibing hit the nail on the head
Foxconn: "the era of China as the world's factory is over" is an over interpretation of the media
Huawei's "Tashan plan" is refuted: is it feasible to de Americanize the 45 / 28nm production line?
Apple will launch a bundled subscription service called Apple One"