Apple AR devices are the earliest or unveiled developer conferences that need to be bundled with the iPhone. 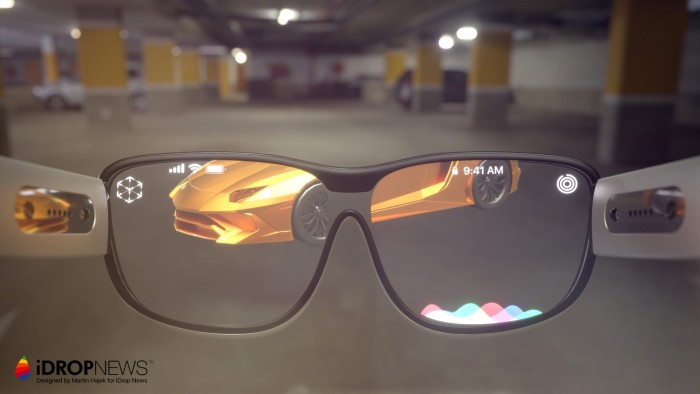 Of course, no one knows exactly how and when such a scenario will happen. Apple's "black box" development means that the details are still kept secret, so its iGlasses (or Apple Glasses) may be close to production in a year. Some early rumors suggest that Apple may launch new AR devices in late 2019 or early 2020. This shows that we are getting closer to the official announcement date.

What's more, Apple may release iGlasses at the World Developers Conference (WWDC) next week, and Apple is said to be considering this possibility. However, this will break the tradition to some extent, and it is best not to have too much hope for the details disclosed by Apple. Let's put down its specific release time, but guess how Apple introduced the device.

Looking back at every major "new product category" that Apple has introduced over the past decade or more -iPhone, Apple TV,iPadApple Watch and HomePod, all in common, is that there is a huge gap between the initial release of the product and the actual sale in the retail store. Specifically:

-- HomePod was released on June 5, 2017 (WWDC) and was originally scheduled to be launched in December 2017, but was eventually deferred until February 9, 2018.

Apple needs such a long interval for several reasons: 1) in order to obtain approval from the FCC and relevant regulatory agencies; 2) to finalize manufacturing and marketing plans; 3) to resolve backward parts to software and in the final moments All issues with the distribution channel.

Even Steve Jobs, Apple's former chief executive, who stressed "go on sale now" at the end of the speech, had to succumb to these realities when Apple first unveiled new categories of products, he acknowledged in particular. "first sight" is a way to avoid the disclosure of information, which will only occur after regulatory approval.

For this reason, it is certain that the official preview of Apple AR will be previewed a few months before its launch. This time lag will also make it easy for everyone to have enough time to accept the limitations of these new categories of products, such as battery life and pricing.

A key question may determine when Apple releases AR hardware: is this a new, stand-alone computing platform, or just an iPhone?Accessories?

If the device is a standalone computing platform, similarMicrosoftofHololensOr Magic Leap One, Apple will need to share a lot of new information with developers, let them experience it in the morning. In theory, there is no better time than WWDC. If it's just an iPhone accessory, it can be leaked at any time, such as WWDC, the iPhone launch in September, or later, depending on the speed at which the hardware is finished.

Note, however, that from the above date, Apple does not usually release major new categories of products on HomePod, with the exception of Apple. This is partly for historical reasons: when Jobs was the boss, Apple used to publish important messages regularly in January and unpredictably casually summon the media for one-off events. But in Tim Cook's (Tim Cook) era, the pace of product launches was easier to predict, with occasional exceptions, focusing on March, June and September.

For iOS, macOS, tvOS, and watchOS, there are a lot of important news about operating system upgrades this year, such as cross-platform iOS/macOS development or a new watch app store, and Apple may be particularly reluctant to distract developers from these initiatives. force. And releasing new AR hardware products will undoubtedly be distracting.

On the other hand, there is no doubt that AR technology will become an important part of WWDC software. This will be a natural and exciting transition for attendees and millions of viewers watching Apple's press conference.

According to recent reports, the most likely scenario is that Apple AR hardware will be an iPhone accessory, similar to Apple Watch, which means developers will not have to develop in-depth on the new AR-specific platform. Regarding how Apple's AR hardware works and how developers can add support to existing iPhone applications, they need to wait for Apple to disclose details, but initial third-party support may not be important.

If you take the past as a guide, Apple will leave more time for iGlasses, perhaps more than 15 minutes at HomePod's 2017 Global Developers Conference. The introduction of the Apple Watch in September 2014 took only 45 minutes, and we have every reason to believe that Apple wants to spend so much time explaining and presenting new AR hardware, and AR hardware sales may be more difficult than smart watches.

When Apple wanted to create a stimulus for this watch, it strategically organized the conference. A similar strategy may be adopted when Apple introduces AR devices. The company wanted to showcase its design ideas, most notably the miniaturization of features, the look of more ordinary glasses, and the important reasons for explaining the launch of the device, and to show off the cool things it can do. There will be some demos of its features, and there will be videos showing how it works in a range of everyday and special situations that may change the world.

Although the Apple AR device will have a rough release schedule, it may not be too precise and there will be no discussion about the price. It is worth mentioning that Apple tries to keep the pre-sale date as vague as possible until it is very close to the actual delivery date. Some analysts speculate that iGlasses may be released later this year, not next week, but everything is possible.