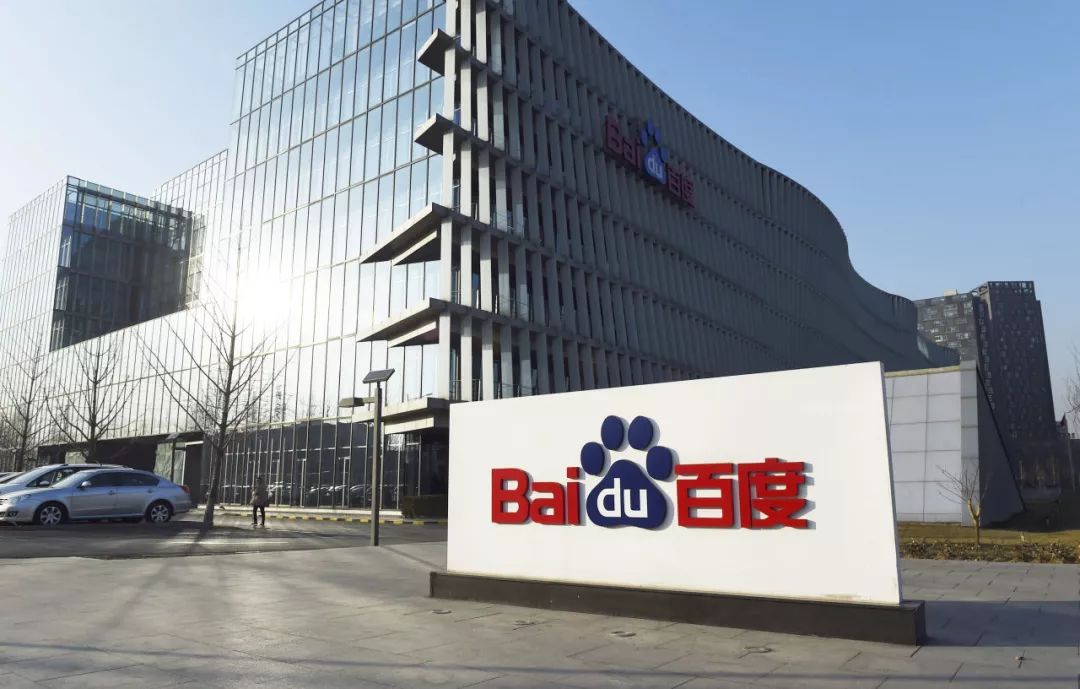 Baidu CTO's role in the gold content, importance, and the resulting high threshold and scarcity, can be imagined.

What kind of position is Baidu CTO?

At least in terms of occupational difficulty, it may be one of the most difficult career achievements in the Chinese technology industry. This is not only because Baidu founder and CEO Li Yanhong himself is a highly talented technical expert, but also because Baidu has always regarded technology as its core competitiveness and key label —— under such conditions, Baidu The gold content and importance of this role in CTO, and the high threshold and scarcity that comes from it, can be imagined.

Li Yanhong himself has publicly stated that there are no more than three people in the world who can do Baidu CTO. 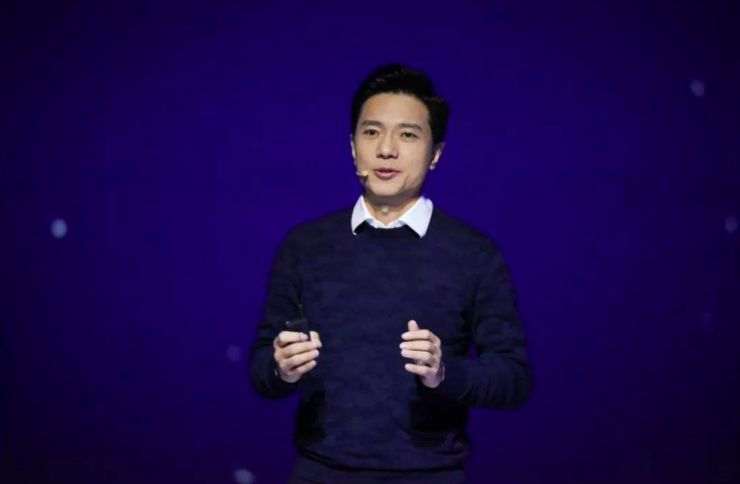 However, on May 31, 2019, along with Li Yanhong's appointment, Baidu CTO, the vacant seat for many years, also ushered in its third owner.

Liu Jianguo: From Associate Professor of Peking University to Baidu No. 1 employee

Liu Jianguo joined Baidu in January 2000. He was the first employee other than Baidu's founder and participated in the entire development process of Baidu. Lei Feng.com learned that before joining Baidu, Liu Jianguo taught at the Department of Computer Science and Technology of Peking University and was named as an associate professor in 1999. He has led the research projects supported by several National Science Foundations and the State Planning Commission. He has hosted the development of the first large-scale Chinese-English search engine system (<天天”) and the first message-oriented middleware product (" Silver Yan”). 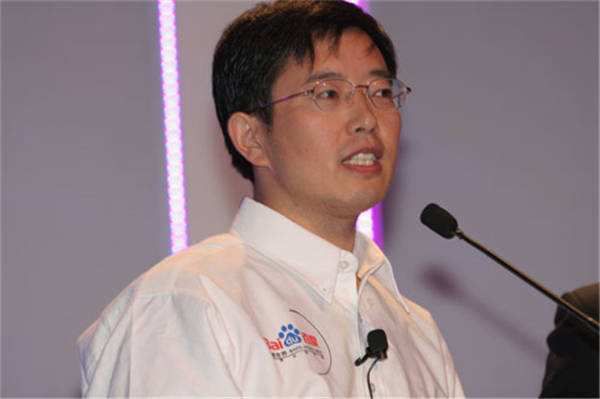 In August 2000, after joining Baidu for 7 months, Liu Jianguo was appointed as Vice President of Baidu Technology, a team of management engineers, responsible for research and development tasks, responsible for the company's rules and research related to technology and engineering, ensuring Baidu search in Chinese. The service is a world leader and brings constant innovation in the relevant technical fields of Chinese search engines.

In the following years, Liu Jianguo grew up with Baidu and experienced the whole process of Baidu's development and listing in August 2005, and established a strong engineering team for Baidu.

On February 7, 2006, Baidu announced the official appointment of Liu Jianguo as the company's Chief Technology Officer (CTO). According to Baidu’s official statement at the time, after serving as Baidu’s CTO, Liu Jianguo will continue to lead the technical team, and will also work to enhance the research, development and operation of Baidu’s product market, thereby promoting the continuous innovation of Baidu’s products and the continuous user experience. improve.

It is very difficult to make a decision to leave Baidu. I am a person who loves Baidu very much. Baidu is my child. We have grown together for 7 years, but in my heart, it is an entrepreneurial person. . I have walked through the road of self-employment. The success of Baidu has made me regain my dream of starting a business. I cannot rule out the possibility of starting a business in the future.

Not only that, Liu Jianguo also said at the time that Baidu has already had the strongest technical team among domestic Internet companies and one of the best technical teams in the Internet industry. Baidu is not only technically talented, but also its technical management team. Form a complete echelon —— this is also an important reason why he can safely leave the company.

It is worth mentioning that Ren Xuyang, assistant to Baidu’s president at the time, said that perhaps the most important asset left by Liu Jianguo to Baidu is not just technology, but a frank and pragmatic scientist. “His character will be on Baidu. Produce long-term effects & rdquo;

On December 19, 2006, Liu Jianguo left the Baidu CTO; later, he started his business and is currently the CEO and president of Aibang.com.

Li Yinan: The most appreciated man by Li Yanhong

In fact, the full version of Li Yanhong's statement about Baidu CTO is: There are no more than three people in the world who can do Baidu CTO, and Li Yinan is one of them. 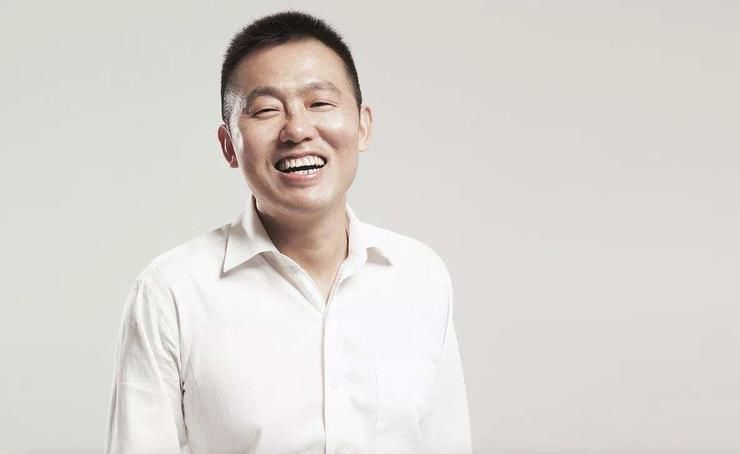 Li Yinan is undoubtedly a legendary and embarrassing character. His resume in the early years was very embarrassing: he was admitted to the Huazhong University of Science and Technology Junior Class at the age of 15, joined Huawei as the chief engineer in the second half of the month, was promoted to the deputy general manager of the Central Research Department for half a year, and was promoted to the chief engineer of Huawei for two years. / President of the Central Research Department, at the age of 27, sat on the throne of Huawei's vice president, and was once considered a successor to Ren Zhengfei.

However, in 2000, Li Yinan left Huawei to create a harbor network. By the beginning of September 2006, due to the acquisition of the Harbour Network by Huawei, Li Yinan re-entered the headquarters of Shenzhen Putian Huawei and served as Huawei EMT (Management Management Team). Outside Huawei’s vice president and chief telecommunications scientist, —— this is the story of Li Yinan’s transition to Baidu.

At that time, for Li Yinan's joining, Baidu Chairman and CEO Li Yanhong said that Li Yinan is a top expert in China's independent innovation science and technology field and has outstanding management experience in the world's leading technology companies. He believes that his joining will lead Baidu's product technology. The team climbed to a new peak. And Baidu’s former CTO Liu Jianguo also gave a brief comment, congratulating Li Yinan on joining Baidu and wishing him a smooth job at Baidu.

However, for Li Yi-nan to serve as Baidu CTO, not everyone is optimistic.

At the same time, a former Huawei vice president who was close to Li Yinan said that Li Yinan's joining would have great value for Baidu, but Baidu CTO is not a long-term choice of Li Yinan. In a sense, it is just a "springboard". And senior Internet person Hong Bo also said that Li Yinan is the CTO to test Baidu's tolerance, because Li Yinan is not a suitable candidate for Baidu CTO, Baidu CTO is best Internet technology expert.

The final facts prove that Li Yinan did not sit on the seat of Baidu CTO for too long.

In January 2010, Li Yinan submitted his resignation to Li Yanhong. At this time, Li Yinan joined Baidu for only one year and three months. At that time, for the direct reason for Li Yinan’s resignation, some insiders speculated that it was mainly concentrated in Allah. Projects such as staring at Fengchao and box calculations have been slow, Baidu has not made breakthroughs in mobile search, and some even say that Li Yanhong and Li Yinan are not equal.

However, according to the official statement of Baidu, Li Yinan’s departure is a personal reason.

However, there are also comments that Li Yinan left because the young and the smug will create a high-spirited personality. To some extent, this may not be beneficial to the survival of the workplace. Lei Feng.com noticed that there was also a more unrelenting analysis at the time. Li Yinan may have the personality deficiencies often found by R&D personnel. The mad personality caused by high self-confidence, due to lack of interpersonal skills or willingness, leads to disdain. This personality defect is destined to make him difficult to be a successful business leader.

In any case, Li Yi's experience after leaving the Baidu CTO is also ups and downs. China Mobile 12580, Jinshajiang Venture Capital, Niudian Technology … … and even later jail, of course, these are all words.

It is worth mentioning that after Li Yinan left, Baidu CTO has been vacant for more than nine years.

Perhaps it is a coincidence in time. In January 2010, when Li Yinan announced his departure from Baidu, Wang Haifeng also joined Baidu at this time.

Wang Haifeng’s experience in Baidu can be said to be accompanied by technology. Let's take a look at the official biographical information given by Baidu:

In addition, Wang Haifeng's titles include: the most influential international academic organization in the field of natural language processing. The first Chinese official in the history of ACL, the only ACL from mainland China, the founding chairman of ACL Asia Pacific AACL, the National Science and Technology Progress Award Second Prize Winner, China Patent Silver Award Winner, National Innovation Award, the only winner from the Internet industry, the only winner of the first Wu Wenjun Artificial Intelligence Outstanding Contribution Award … … 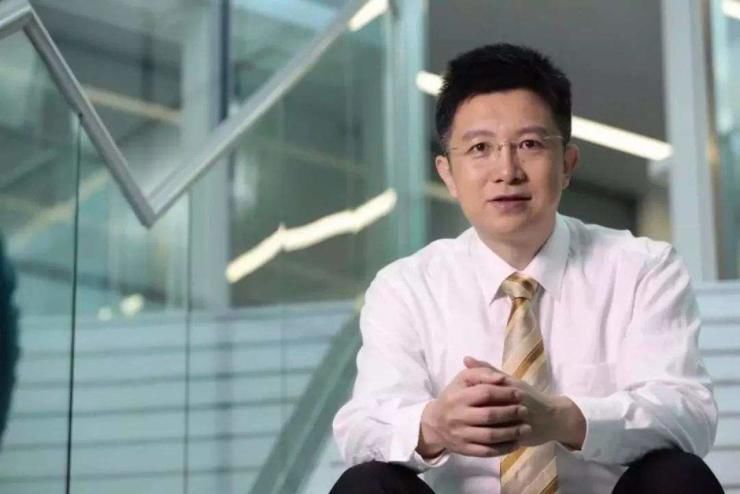 This series of titles is completely worthy of the extremely high demands of Baidu CTO on the technology itself. However, Wang Haifeng has another advantage as Baidu CTO. He has been working for Baidu for nearly ten years. In the process of step by step, he not only contributed to Baidu's technological progress, but also deeply understood Baidu's technology development and product development. The system has accumulated a lot of experience in the technical management level —— From this point of view, Wang Haifeng's appointment as Baidu CTO can be said to be the best choice.

For Wang Haifeng, Li Yanhong's evaluation is: he adheres to the spirit of pragmatism, innovation and responsibility, and pays attention to improving Baidu's core competitiveness and its application to application. At the same time, it pays attention to the cultivation of team talents and echelon construction. It is the technology leader that Baidu has cultivated for many years. And outstanding leaders are excellent representatives of Baidu's simple and dependable culture.

This shows that Li Yanhong attaches importance to and relies on Wang Haifeng.

However, before taking up the Baidu CTO, Wang Haifeng was promoted to Baidu Senior Vice President in Lu Qi's departure in May 2018, and is the general manager of the AI ​​Technology Platform System (AIG) & Basic Technology System (TG). He can be said to be Baidu’s actual leader in the technical level. Therefore, in the view of Lei Feng.com, Wang Haifeng was appointed as Baidu CTO. On the one hand, Baidu hopes to show its stance of emphasizing technological innovation, and on the other hand, it can be regarded as the latest personnel change of Li Yanhong ( For example, after leaving Hailong, it is a change in the stability of the military.

I don't know how long this time Wang Haifeng will stay in the position of Baidu CTO.