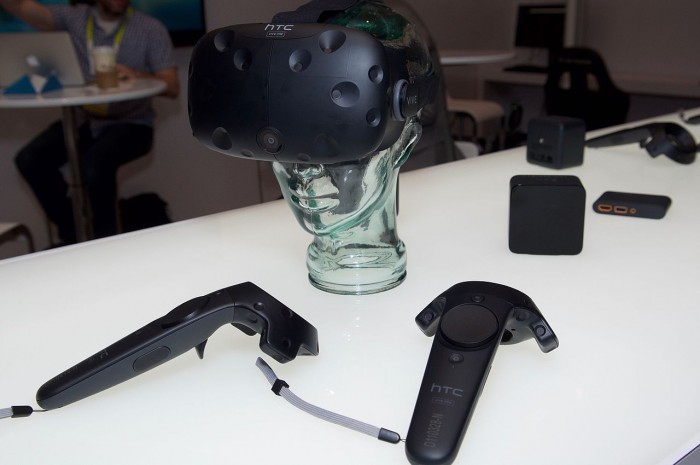 Wang Xuehong said that HTC has repositioned itself as a complete ecosystem enterprise, not only focusing on software and hardware integration, but also expanding to content creation and platform establishment, and providing enterprise VR integration solutions with high added value services. Partners hope to create a new model that will increase revenue and profit in the medium to long term.

As for the 5G market, Wang Xuehong stressed that HTC IntelligenceMobile phoneWith the intelligent equipment R&D team, we have invested a lot of efforts and resources to develop 5G communication technology. At the end of last year, we launched the first 5G product HTC 5G Hub, which has been with Sprint in the US, Telstra in Australia, Three in the UK, Deutsche Telekom in Germany, and Switzerland. Sunrise and Finland's Elisa and others will provide the HTC 5G Hub to serve its telecom customers.

However, Wang Xuehong said that last year, due to the saturation of the smartphone market, competition continued to be fierce, the consumer change cycle was lengthened, and the virtual reality market was still in the initial stage of growth. HTC still suffered from business pressure last year, and the new consolidated revenue for the year. NT$23.7 billion (approximately RMB 5.2 billion), with a gross margin of 2.2% and a negative operating profit margin of 58.8%.

At last year's shareholders meeting, Wang Xuehong promised that HTC would make money in 2018 and give back to shareholders. Since HTC completed its cooperation agreement with Google in January last year, the net profit after tax for the whole year was NT$12 billion (approximately RMB 2.637 billion). However, HTC's revenue in April this year continued to drop to NT$ 590 million, setting a new low since the listing. It is expected that shareholders will raise doubts on the shareholders meeting, and when the mobile phone business will be profitable will also be the focus of shareholders.

Related news
No longer only sell hardware. Wang Xuehong: HTC will provide enterprise VR solutions
HTC Wang Xuehong: be a good starter in the new VR track, not afraid of failure and keep going
Hot news this week
||||||||
Celebrating Hubble's 30-year launch of NASA's "birthday universe" special page
865 Jiachi Meizu 17 access: support 30W fast charging
HuaweiP40 release: with HMS hard-core google, no price increase to grab the global high-end machine market
More than 60000 original articles are protected every day, and Tencent's "zhixinlian" helps the author of penguin to protect his rights
Awesome China scholar! The latest paper on the cover of Science: how the new coronavirus invades cells
Lenovo into Luo Yonghao's first collaborators? Insiders: not settled in contact
Xiaomi 10 / 10 Pro mobile phone goes out to sea: Show crooked nuts what the earth looks like under 100 million pixels
Is telecommuting inefficient? The father of Linux has five experiences
Lei Jun: Xiaomi 10 Pro has dominated the list for a month and a half
The most popular news this week
DxOMark praises Huawei's P40 Pro: taking photos for 140 minutes, creating an unparalleled still image effect
Where is the bull of YouTube that everyone wants to be?
Multiple pirated tools implanted rootkit virus Tencent computer housekeeper overall investigation and killing
Xu Lei of Jingdong talks about Ruixing's financial fraud: it is destructive to the image of Chinese Enterprises
Exclusive interview with Sony Takahashi: X1 chip will be popularized throughout the line 8K will not be stranded
Amazon: the US station will no longer sell N95 masks and give priority to providing materials to hospitals
Wang Chen, vice president of Chinese Academy of Engineering
The price of "fracture" in steam game
How strong is the performance of Huawei Kirin 820? Look at the measurement
The biggest welfare of rice flour Festival announced: Xiaomi 30000 yuan, the whole house intelligent product is only 1 yuan