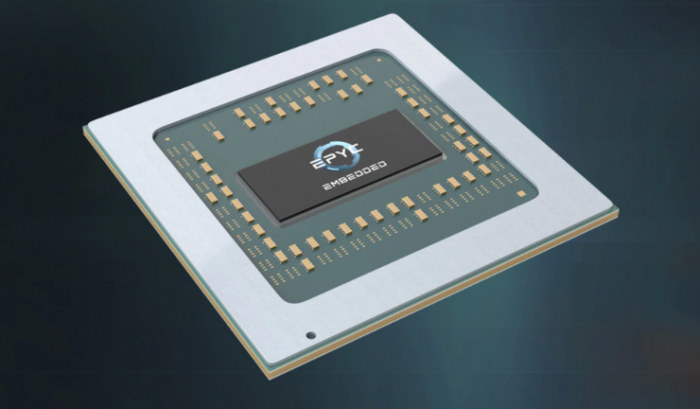 This proves once again that China's chip development will not be able to take the lead in keeping with the pace of others.

AMD initially established Haiguang Integrated Circuit Design Co., Ltd., a joint venture with Tianjin Haiguang Advanced Technology Investment Co., Ltd. in 2016. The latter was authorized to develop x86 and SoC IP chips at a price of $293 million (plus royalties). In recent years, China has increased its support for the semiconductor industry, which provides AMD with a springboard to enter the booming Chinese market. The deal is also thought to give China access to key x86 technologies.

According to industry sources, Haiguang and AMD joint venture is a project carried out by some people with the idea of repeating high-speed railway technology introduction, digestion, absorption and innovation.

According to Tomshardware, the agreement allows China.The serverSupplier Hygon designs dedicated processors based on AMD's Zen microarchitecture, which is also the basic design of AMD Ryzen and EPYC processors. Among them, many architecture customizations include dedicated encryption components that meet government requirements. Hygon's first product, Dhyana processors, is very similar to AMD EPYC data center processors. Tomshardware said that they were told that there were other structural optimizations specifically designed for the Chinese market, but no more details were available.

Joint ventures with Chinese companies are not new, but the cooperation between AMD and Haiguang has complex designs because of the difficulties that may arise from the authorization of X86 architecture. First, Haiguang parent company Tianjin Haiguang Advanced Technology Investment Co., Ltd. and AMD established Chengdu Haiguang Microelectronics Technology Co., Ltd. (HMC) and Chengdu Haiguang Integrated Circuit Design Co., Ltd. (Hygon). The shares of AMD are 51% and 30% respectively, which is a relative holding company, and the other is an absolute holding company of China.

AMD holds 51% of the HMC only with Zen architecture authorization. In order to remain within the scope permitted by law, HMC authorizes IP to Hygon, which designs x86 chips, and then Hygon sells the design to HMC. However, it is puzzling that HMC sold the processors manufactured by the factory to Hygon, and the Dhyana processors were sold by Hygon.

It should be emphasized that these chips must meet AMD and Intel x86 cross-licensing agreements to avoid the leakage of X86 authorization and cause opposition from Intel or the United States. In addition, according to the agreement, the final product can only be sold in China.

Over the past two years, Haiguang's domestic x86 processor has made progress. Its x86 processor not only has the 4-8 core version of AM4 socket, but also has a server version similar to EPYC. The explosive material on Twitter shows the basic frequency of 2.0 GHz, the acceleration frequency can reach 3.0 GHz, and covers a number of product lines from 4 cores to 32 cores. 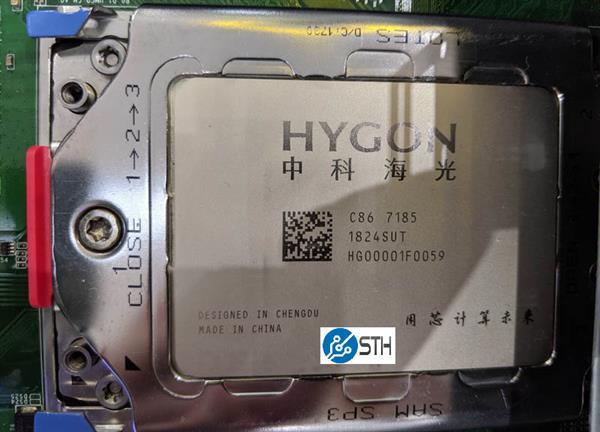 AMD CEO Su Zifeng also said at the Taipei Computer Exhibition that the cooperation with Chinese companies is limited to the first generation Zen, which means that the subsequent improvement and upgrading of Haiguang x86 can only rely on themselves.

Asked if he would continue to work with THATIC Joint Ventures during the U.S. -China trade war, Su said the company was still a joint venture. "We don't discuss any additional technology transfer," and said that most of the work was in joint ventures, while "there was not much work in AMD."

"THATIC is a single-generation technology license without additional technology licenses," explained Su, although she did not clarify whether the decision not to extend technology transfer was a direct result of the trade war. Aiming at the AMD and AMD involved in trade warsHUAWEIAs a U.S. company, AMD is forced to comply with U.S. regulations, Su said.

In addition to AMD, Intel's cooperation with China in chip technology is also limited. In 2016, Tsinghua University, Intel and Lanqi Technologies (Shanghai) Co., Ltd. formally signed an agreement in Beijing, announcing that they will jointly develop a new general CPU integrating reconfigurable computing and Intel x86 architecture technology. Intel will provide funds and other important resources to support project development.

It is understood that Lanqi can develop coprocessors linking Intel to the strong core to provide China's approved encryption/decryption technology. The two solutions are combined in a package called Jintide, but Intel does not authorize them to access their core IP.

Again, it is a wake-up call that there are two ways for China's core development to go nowhere. Previously Dr. Fang Zhixi, chairman of RISC-V Foundation China Advisory Committee, said: "There are two ways that have proved impossible. One is to close the door and make a set of things by oneself. Typically, the Dragon core. Because chips are still a commodity, no matter how high their performance is, no one can use them to reflect their value, so they must have corresponding ecosystems to play their value. The second way is to follow others. Many domestic companies do x86, Arm, IBM Power chips. In some special areas, using these instruction set architectures can really do something, but because of the control of intellectual property rights (IP) of ISA companies, it is difficult to achieve success.