For Turing's generation of graphics cards, support for RTX real-time optical chase technology is its biggest highlight, but the biggest problem with RTX 20 series graphics cards is that it is too expensive, the cheapest is 2999 yuan, RTX 2080 and RTX 2080 Ti The price of the card is 6,000 to 10,000 yuan, which is not something that ordinary people can afford. 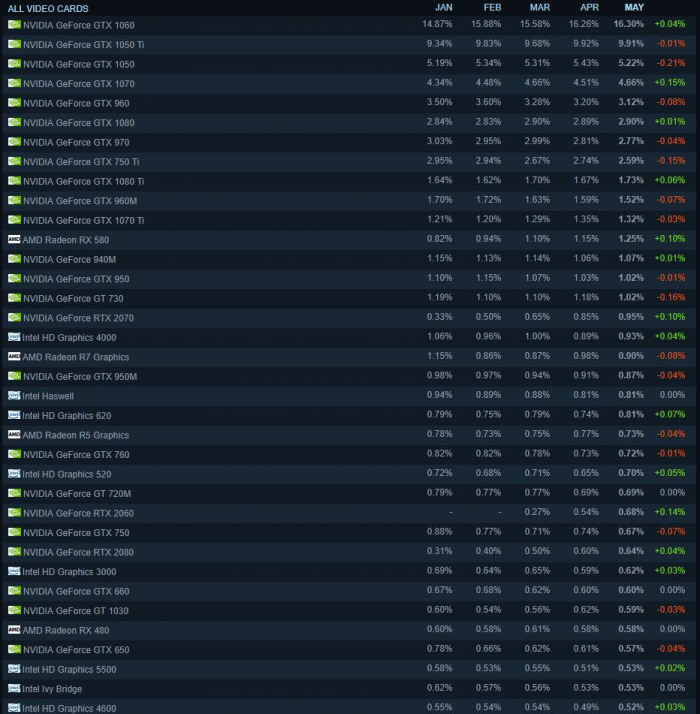 In the next two months, the growth rate of RTX 20 series graphics cards may be even worse, because AMD's 7nm Navi graphics card RX 5700 series performance is 10% stronger than the RTX 2070, although there is no light addition, but the price is also It will be much lower, resulting in more players watching the AMD graphics card in the two months, which will obviously divert NVIDIA's high-end graphics card users.

NVIDIA will not wait for this. It is said that NVIDIA's new products are mainly RTX 2060, RTX 2070 and RTX 2080 upgraded graphics cards. The main change is faster GDDR6 memory. Currently they use 14Gbps GDDR6. Upgrade may be 16Gbps video memory.