One of the most interesting and noteworthy changes is the Look Around feature, which directly targets Google's Street View service. With Look Around, you can view the content (or search content) on the street in the Maps app. Look Around is based on all the map-related data that Apple has been doing, ranging from months of in-car data collection to collecting data on foot in some cities. 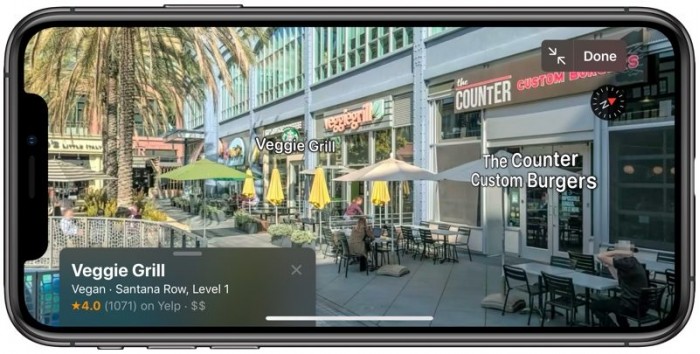 The user only needs to click on the binoculars on the screen, and the user can enable the Look Around function in the Apple Maps main view. Click on the small card below to see a close-up of the street. You can tap the button again to use the feature in full screen. In addition, the map also marks more famous points of interest and attractions, such as restaurants and businesses. 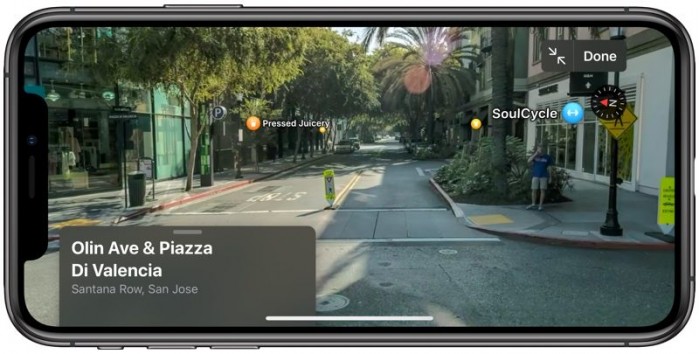 Currently, Look Around is limited to the area that the car can reach, because the current function relies on data taken from a 360-degree camera on the vehicle. This means you can't zoom into areas such as parks or beaches, but Apple may add this feature in the future because the company is also collecting data on foot. 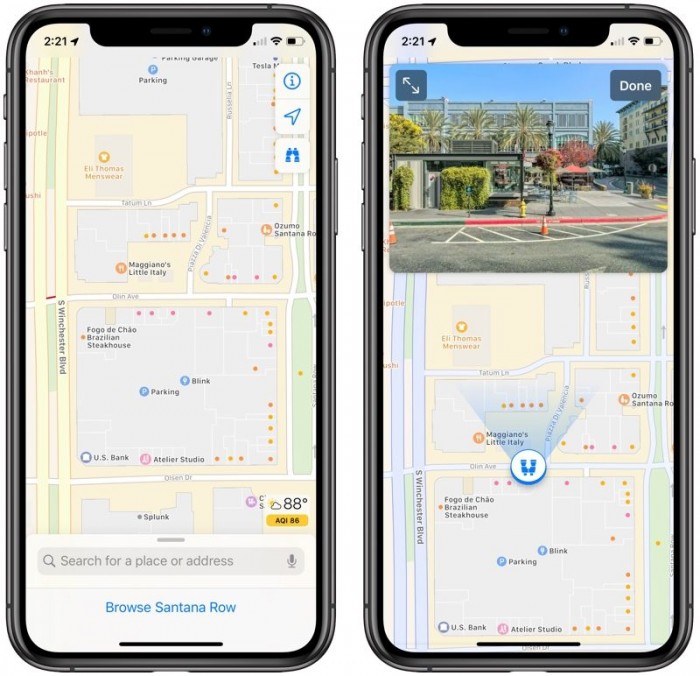 Like Google's Street View service, personal information such as license plates and faces are blurred to protect user privacy. Currently, Look Around is limited to parts of the United States, such as parts of California and Nevada, but Apple plans to continue to expand coverage after the release of iOS 13, which is expected to cover most of the United States by the end of 2019 and will be oriented in 2020. Other countries and regions are open. 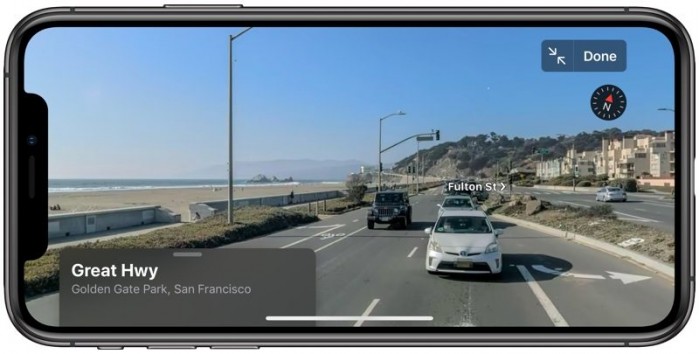 In the Apple Maps update for iOS 13, a new "Favorites" feature has been introduced that allows you to search for specific locations and add them to your favorites list. By default, favorites collect homes and work places, but users can add them to their preferences. If you go somewhere often, Siri will also recommend users to add them to their favorites. 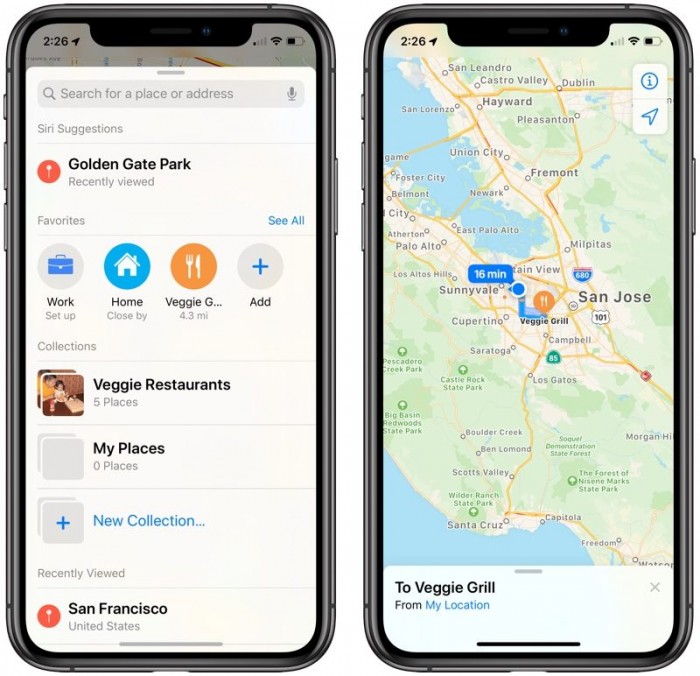 Previously, the new Apple Maps also introduced the "Collections" feature, which allows you to aggregate different locations, such as the restaurant you want to try or where you might want to visit. You can share a list of all your favorites so you can make a list of places for friends and family in your city and share them with them. 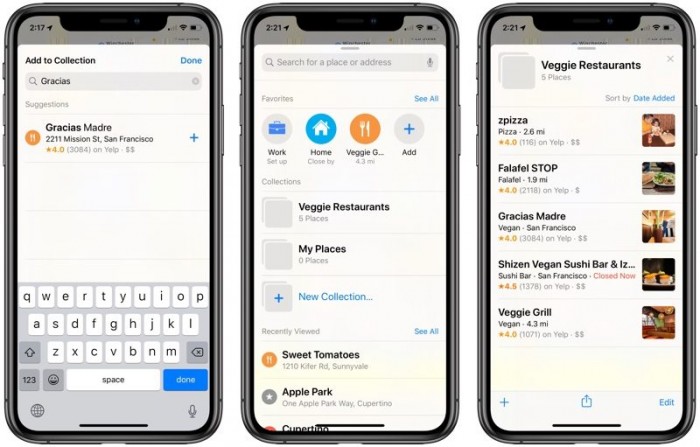 Although in the opening speech, Apple said that the Apple Maps interface has undergone major adjustments in iOS 13, these interface adjustments have already begun on iOS 12. There are also significant changes to the main interface, such as showing dangerous sections and traffic conditions in the main view, which was previously only displayed after navigation has begun. 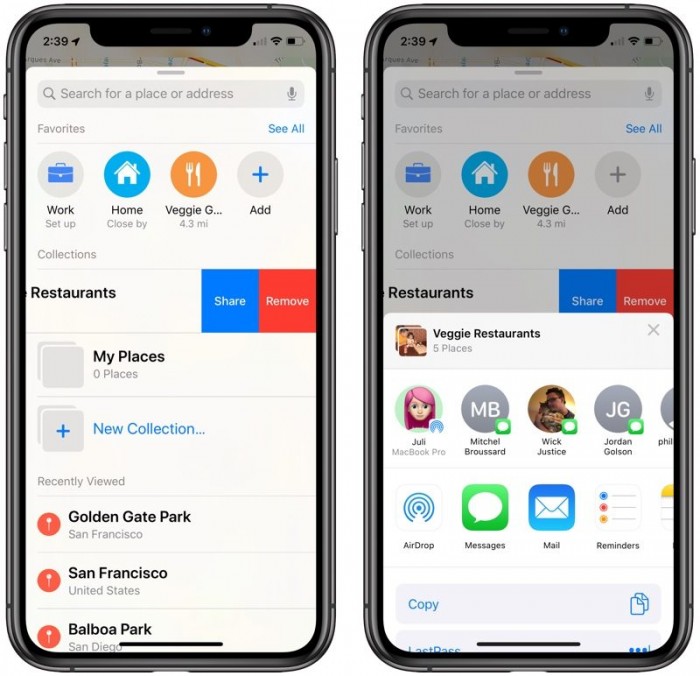 Apple Maps for iOS 13 also provides more realistic details about roads, beaches, parks, buildings, etc., but it's not entirely clear that all of these are new. 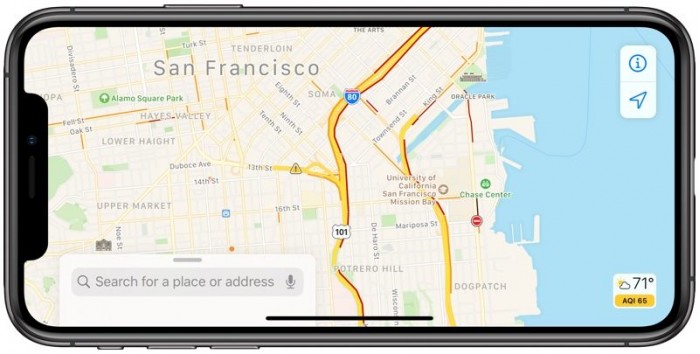 Related news
Apple Maps iOS 13 major improvements: Street View feature Look Around is the biggest highlight (Figure)
Apple collects data from Apple maps to show social alienation compliance
Hot news this week
Wechat has not done this function for N years! Use this app to make up for the defects of wechat
Gree's response to "being disqualified from winning the bid": a mistake made by the bidder in sorting out the materials
IPhone 12: it's more like throwing away the charger
Microsoft official free data recovery tool windows file recovery experience
Apple wants to know: what do you do with the charging head of the old iPhone?
Tencent magic change Yang surpasses video self mockery: I'm a simple and honest fake spicy sauce lost 16 million
Luo Yonghao comments on ideal one: Tesla Model 3 is not a car of a level at all
A 400-brand evacuation Facebook： the internet giant strangled?
How long can "Laoganma" carry on after winning Tencent?
The dotcom bubble? U.S. technology stocks surpassed their 2000 highs relative to the S & P 500
The most popular news this week
Someone discovered the unpublished game of Nintendo NES 30 years ago and restored it from 21 floppy disks
Review of Sony PS2: the highest selling game console in history and the hot memory of post-80s / 90s
Xiaomi Youpin's first smart door crowdfunding: 10 Inch Touch Screen never power off
For global developers! Huawei HMS core 5.0 officially launched: seven capabilities, free
Lenovo announced the list of investment chip companies: BYD semiconductor, Cambrian, etc
In order to win 20000 dollars, their fingers did not leave the screen for three days
Apple will remove support for AMD GPU from MacOS arm64, the report said
2020 world artificial intelligence conference will be held soon. What new actions will Tencent AI have
Which AI framework is better? Huawei launched mindspore network model challenge with a prize of 2.6 million
Tesla's opening a grocery store? Besides selling cars, we also sell shorts and drinks