The AI startup, which wants to replace 3000 pieces of TPU with a single silicon chip, has attracted Bill Gates' investment 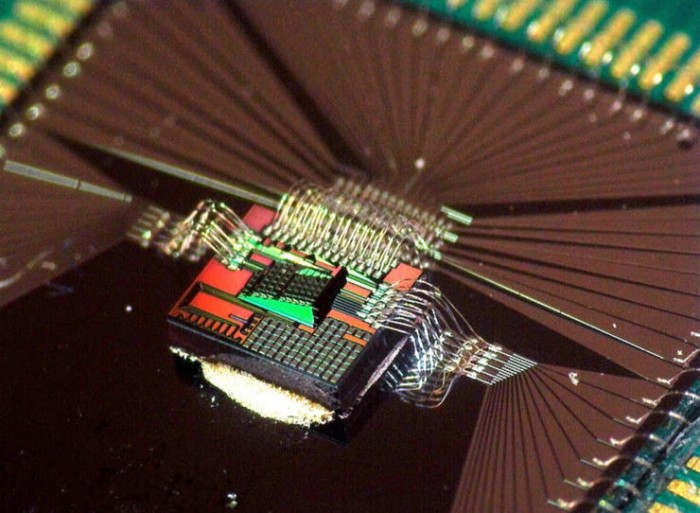 It is reported that Luminous has received a total of 9 million US dollars in seed round financing, in addition to the above mentioned investors, BoxGroup, Emil Michael and former seed investors have participated in the investment. Luminous, a 7-person startup team, will focus on AI workloads and use photonics to solve bottlenecks in traditional processors. Their goal is to introduce a silicon photonics single chip that can replace 3000 TPU boards.

The startup was founded by the company's chief strategy officer Michael Gao, CEO Marcus Gomez and CTO Mitchell Nahmias. His research at Princeton University is the foundation of the company's upcoming chip. Gomez founded a software-as-a-services business in the fashion world, and recently worked as a data scientist at Tinder, and previously worked for Google and Match Group. Michael founded the software startup AlphaSheets.

Neo Ventures Fund, an early investor of Nervana (acquired by Intel in 2016), also invested in Luminous. He told CNBC: "I always tend to choose a talented young team rather than a big company, although The risk is definitely great, but it is worth investing now. If the competition is over, the investment will be too late."

Luminous CEO Gomez said that the road ahead is not easy, and our competitor is the largest semiconductor giant. The semiconductor industry is struggling to provide AI chips that are 10 times faster than current chip performance, which is not easy. According to the traditional approach, there may be no way to achieve it by 2030. This is why we insist on making such a chip even in the face of the same huge challenges.

In an interview with CNBC, Gomez said that when working at Tinder, the AI ​​model was trained in the cloud in the morning, and it will not be completed until the evening. People hope to complete the AI ​​model training in a few minutes instead of hours or days.

Although Luminous wants to replace the chip with 3,000 TPUs, Luminous still wants to sell the chips to Google, Amazon.cloud serviceProviders also want their chips to be used in systems for drones, robots and autonomous car companies.

TPU (Tensor Processing Unit) is a AI chip developed by Google for the cloud. Last year, the third generation product TPU3.0 was launched. Google CEO Sundar Pichai said on Google I/O last year that TPU 3.0 has improved computing performance by 8 times compared to the previous generation, reaching 100 PFlops (1000 teraflops per second), which has been applied to Google's cloud. In service, but Google did not sell TPU.

In order to provide a high-performance processor, breakthrough technology is the key. Luminous uses photonics to break through the bottleneck encountered by the processor, which uses light to move dense data and implement matrix calculations.

NEO's Partovi said: "Although many photonic studies are focused on general data movement, Luminous is rightly targeting the artificial intelligence computing market, which is where demand lies."

Of course, Luminous is not the only startup that is trying to build supercomputing chips and the first to focus on photonics. For example, Lightmatter raised $33 million to build photonic chips, including investors from Google's venture capital division (part of Spark Capital and Matrix Partners).

In fact, as early as the 1990s, IT practitioners began to find successors for the semiconductor chip industry. Photon computing, quantum computing, biocomputing, and superconducting computing have all received much attention, and photon computing was once considered to be the most promising future technology. Compared with the conventional semiconductor chip, the optical chip replaces the transistor with a super micro lens, and performs an operation by replacing the electric signal with an optical signal. The optical chip does not need to change the software principle of the binary computer, but can easily achieve extremely high operating frequency, while the energy consumption is very low, and does not require complicated heat sinks.

However, scientists and engineers quickly discovered that it is so difficult to make nano-scale optical lenses. To integrate billions of lenses on a small chip far beyond the existing state of the art, commercialization faces enormous challenges. At present, Intel and IBM are investing in research and development of silicon light technology, but commercialization is facing challenges.

Luminous is still in its early stages. However, Gomez said they already have silicon. Although Gomez will not reveal when to launch the new chip, he stressed that this is not a distant fantasy, the company's goal is to release the development kit in the next few years.