Amazing research finds that methane emissions from the U.S. fertilizer industry are more than 100 times higher than estimated. 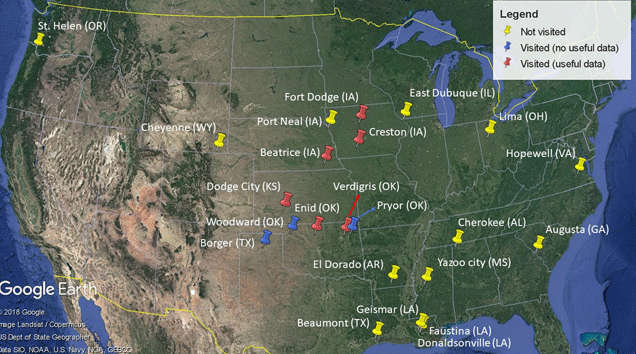 Although the amount of methane emitted into the atmosphere by humans is far less than the amount of carbon dioxide released, it is a significantly more effective greenhouse gas, methane, which has a warming effect of about 84 times that of carbon dioxide within 20 years. Some people believe that methane emissions contribute 25% of the anthropogenic global warming effect.

To explore methane emissions from users of the natural gas industry, researchers recently installed new methane sensors on some Google Street View cars. Fertilizer factories have been targeted because they are major users of natural gas, and six representative factories have been selected from about twenty in the United States. Vehicles equipped with sensors travel on public roads near factories to quantify methane emissions due to leakage, incomplete combustion or inefficient chemical reactions during fertilizer production. 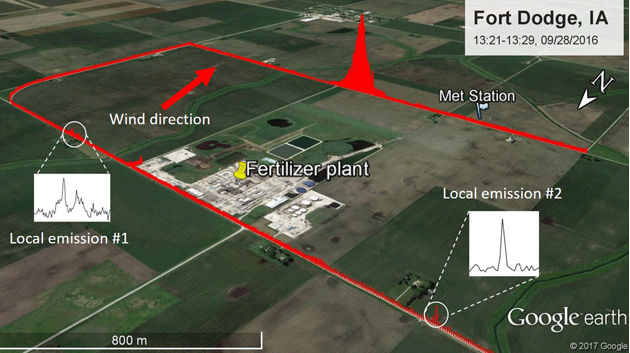 "We took a small industry that most people had never heard of and found that its methane emissions were three times those of all industrial production in the United States," said John Albertson, co-author of the study. "It shows us that there is a huge gap between prior estimates and actual measurements."

"... Methane is a major component of natural gas and has a greater potential for global warming than carbon dioxide," Albertson said. "There are massive emissions or leaks anywhere in the supply chain, which may make natural gas an important factor in climate change."

The study was published in the Journal Elementa.