China Radio and Television won the 5G license. Who are the beneficiaries? 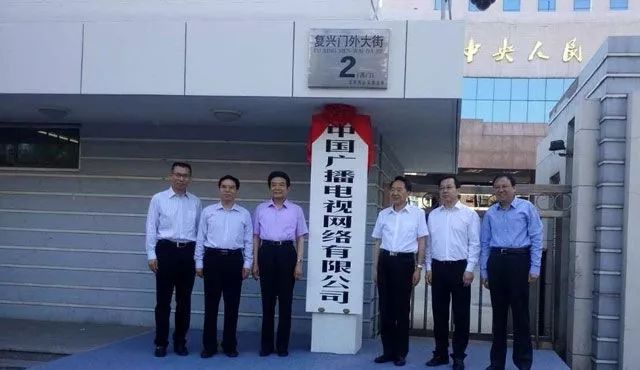 It is not an accident that China Radio and Television has obtained a 5G license. It has been a warning. Wired numbers held on March 19, 2019TVAt the International Summit of Operators, Du Baichuan, the Science and Technology Commission of the State Administration of Radio and Television, summed up the combination of radio and television and 5G in a speech entitled “5G and Radio and TV are not just the relationship between content and transmission”:

1,4KCoverage of mobile networks by content such as ultra high definition;

3. The cable TV network operator leases the capacity to the mobile operator;

4. Coverage of small cells with “from the inside out”; 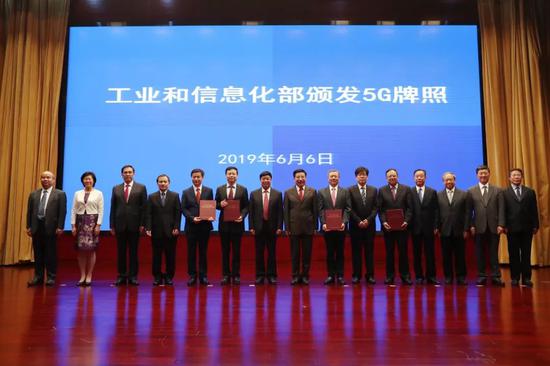 In response to the problem of lack of money and technology in radio and television, on February 21, the national cable television network integration development strategy cooperation signing event was held at the China International Exhibition Center. State Grid Corporation signed a strategic cooperation framework agreement with CITIC Group and Alibaba Group respectively.

On November 22, 2018, at the "Promotion of the National 'Smart Wisdom and Radio' Construction Site Meeting", the Party Secretary and Director of the State Administration of Radio and Television, Nie Chenxi, officially announced in the speech that "the Ministry of Industry and Information Technology has agreed to participate in the 5G construction of the grid. The company is applying for mobile communication qualification and 5G license."

At the 2019 annual work conference of China Radio and Television Network Co., Ltd., Broadcasting and Television Network pointed out that it is necessary to build a broadcasting and TV 5G network in 2019 to accelerate the pace of mobile TV network upgrade: grasp the new trend of network mobility and accelerate the four-digit wireless satellite mobile Integrated development, speeding up the introduction of strategic partners, building experimental networks and clearing frequency, etc., and actively exploring the network construction mode and business model with characteristics of broadcasting and television.

In addition, Zhang Hongsen, deputy director of the State Administration of Radio and Television, also mentioned in the speech of the theme report of the 27th China International Broadcasting and Television Network Exhibition (CCBN2019) that not only the three major operators, but also the radio and television industry is actively striving to integrate into 5G. The construction camp will take advantage of the frequency, technology, industry and other resource advantages of broadcasting and television, especially the use of precious content resources and cultural and creative advantages to build a mobile interactive broadcast television network for 5G.

Guangdong Southern Telecom Planning Consulting and Design Institute Co., Ltd. believes that there are four major trends in the development of 5G broadcasting and TV business. Radio and TV can use Internet thinking to customize its own development strategy and seize the opportunity of the 5G era to step up the layout and advance access. Radio and TV can be innovative from three aspects: First, continue to build smart radio and television with "5G + artificial intelligence" mode, including virtual host, virtual animation, intelligent media asset management; Second, enhance the immersion of radio and television users with "5G + VR / AR" mode Experience, such as VR news, VR games, VR shopping, etc.; Third, build a "radio and television +" ecosystem with "5G + IoT mode" to create a smart home platform, radio and television + smart city, car networking and so on.

It can be said that China Radio and Television has obtained 5G licenses, and Huawei ZTE and other equipment manufacturers are definitely beneficiaries. After all, there is one more user, and the company has more application development space and shared resources. Of course, the people will be more Big beneficiaries. One more builder, 5G has more than one available network, and one more competition, there will be one more discount.

Related news
WHO classifies game addiction as a disease
The 4th 5G license was taken away by China Radio and Television. What is it?
Interpretation and analysis. Who is China Radio and Television that won the 5G license in the first round?
China Radio and Television won the 5G license: 700MHz comes with "buff" but it hurts a lot.
China Radio and Television won the 5G license. Who are the beneficiaries?
China Radio and Television takes the lead in launching 5G Test Network Construction in Shanghai
Chairman of China Radio & TV: 5g will be officially commercialized in 2020
Infected new crown pneumonia to take medicine for life? WHO think China's new crown outbreak of the second outbreak?
Hot news this week
Rich AMD b550 motherboard: 55 models are fully exposed
Director Wang Jing! Tencent Video: see you on May 22
Huawei the cheapest 5 G phone! The Z 5G is about to be released :90 Hz Water Drop Screen Plus
Huawei released operation data: an increase of 131.7 billion in R & D investment 29.8% Inventory up 167.4 billion 73.4%
Why does China's semiconductor industry not have to be pessimistic?
Japan's first listed company goes bankrupt: China Ruyi group's abacus fails?
Novel coronavirus pneumonia will be approved by the European Union after the United States and Japan. Reed will be used to treat new crown pneumonia.
Microsoft speed! Windows 10 2021 will come next month
Three generations of sharp dragon make new! Amd ryzen 7 3750x / 3850x exposure: 105W super frequency little prince?
Tao Lin, vice president of Tesla China Foreign Affairs: Shanghai Super factory is expected to refresh "Tesla speed"
The most popular news this week
Microsoft speed! Windows 10 2021 will come next month
Make masks more fashionable? US clothing industry takes over the market of non-medical masks
Analysis on the performance improvement of the whole line high frequency multi-core ten generation core game
Microsoft Surface duo brings improved stylus support for Android system
Microsoft is recruiting 16 engineers to speed up the development of folding dual screen mobile phones
[multi map] the new Cortana is separated from the "beta" label in the Microsoft Store
Chinese engineers suspected of cheating $1.5 million in anti epidemic loans in the United States: arrest
48 million main camera 120 Hz screen Redmi the most affordable 5 G mobile phone on the shelf :1799 yuan
There's a new change in iPhone 12: airpods sales are going up, and apple is doing it on purpose
Huawei Changxiang Z brings dual-mode six band 5g to the stage to make 5g purchase in one step