Google CEO: It's hard to deal with hate speech on YouTube 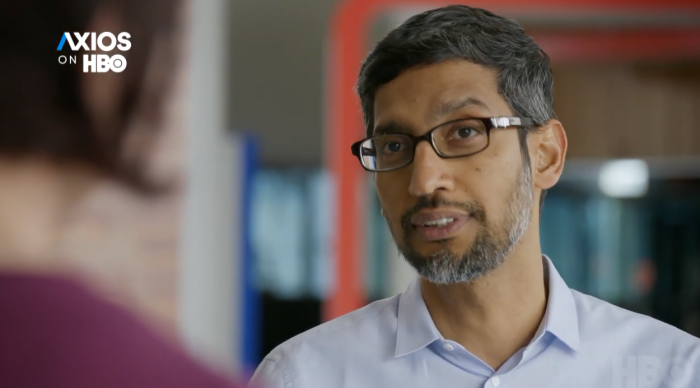 "You know, we rank content according to quality," Pichay said. So we introduced the same ideas and methods into YouTube, so that we could rank high-quality content better and really prevent marginal content -- content that is not enough to violate policy and need to be deleted, but can still cause harm.

According to Axios, after the interview, Google will launch a new round of policy adjustments to YouTube's hate speech.

Last week, YouTube said it would ban the promotion of videos in which one group outperforms another, modify recommended videos to exclude more "edge content" and limit the profits of creators who often challenge the limits of YouTube rules. Earlier this month, YouTube said it would no longer allow minors to broadcast live without adults.

In a blog post on Wednesday, the YouTube team wrote: "The openness of the YouTube platform has helped to boost creativity and information. It is our duty to protect this from the use of our platforms to incite hatred, harassment, discrimination and violence. We are committed to taking the necessary steps to fulfil this responsibility today, tomorrow and in the next few years."

Last week, the site was strongly opposed for refusing to remove Stephen Crowder, a prominent conservative. It is reported that Crowder used homophobic language against Vox writer and video host Carlos Maza. In response, YouTube said Crowder's videos did not violate website rules. However, after the incident, YouTube took some measures to ban supremacist and prank videos such as Holocaust Denial and Sandy Hook shooting.