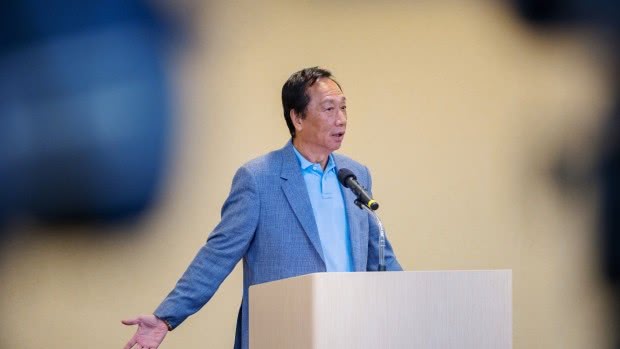 Tencent Technologies News, June 11, according to foreign media reports, the regulatory documents submitted by Foxconn, an Apple factories agent, indicate that the company will set up an operation committee, which will include its financial director and head of the world's largest iPhone production base, and confirm the potential successor of Terry Gou, the billionaire founder.

The document shows that Foxconn will set up an organization of nine executives who will make the highest decisions on behalf of Foxconn after the board. Members of the Operations Committee include Huang Qiulian, Foxconn's chief financial officer, and Lin Zhenghui, head of Zhengzhou's iPhone manufacturing plant.

According to people familiar with the matter, the Operations Committee will decide on major business matters of Foxconn, but because these appointments have not yet been made public, the source asked for anonymity.

It is reported that Huang Qiulian and Lin Zhenghui will take the place of Guo Taiming as the world's largest manufacturer of OEMs. Guo Taiming himself is running for nomination for leadership in Taiwan in 2020. Mr. Gou is expected to withdraw from Foxconn's day-to-day operations and focus on his political efforts.

Other members of the Operations Committee include Chiang Chih-siung, who manages some of Foxconn's non-Apple iPhone businesses, and Young Liu, who heads the semiconductor division.

Guo had previously said that he planned to resign as chairman after shareholders elected a new board in June. The escalating trade disputes are damaging consumer confidence and raising concerns about the impact of Foxconn's factories.

Foxconn's business is mainly located in China and the United States. Most of the equipment it manufactures is made in China, and many of them subsequently enter the hands of American consumers.

In the regulatory filing, Foxconn said it would localize some of its manufacturing operations in 16 countries ranging from Japan and Mexico to the United States and India. But it did not elaborate on the specific plan.

This huge project was once praised by Trump

Related news
Reuters: Foxconn plans to carry out major management restructuring
Foxconn set up a nine-person Operation Committee to confirm Gou's potential successor
Guo Taiming's quickest departure from Foxconn on Friday will usher in the "Iron Throne" debate.
Hot news this week
Britain and China are discussing involving Chinese enterprises in the construction of high-speed rail in the country
Amazon employee No.1: the giant is unstoppable, but there is evidence for the split
100% full screen? Samsung Galaxy note 20 first exposure: or in July
Foreign media said the iPhone 12 antenna was designed by apple because of dissatisfaction with Qualcomm's solution
Xiaomi tmall super brand day ultimate battle report: the first sales volume of 61 items sold for 300 million yuan!
Paper clip Cope millet 10: Why is your home's Wi-Fi so slow?
US announces import tariff on EU aircraft Airbus: Eventually will be paid by U.S. passengers
[multi figure] learn about the windows 10x system for dual screen devices
It's worth a try to use the mobile phone with homogeneous appearance
Musk confirmed that the new Tesla Model s and model x range increased to 630 km
The most popular news this week
Tesla "single" battery giant: Super ambition of strong buyer
Mattel, a toy manufacturer, launched cybertruck toy
Shopify will join Facebook's Libra digital currency program
Apple research full glass iPhone with surround touch screen
In 2019, China's integrated circuit export reached a new high: processor accounts for 35.1%
$101.58 billion! China's integrated circuit exports hit a record high in 2019: processor accounts for 35.1 per cent
Huawei's top 10 5g advantages: 62 operators take 41
Eventually surpassing Google GMS, Huawei HMS will become a global ecosystem
Pan jiutang: MIUI is comparable to IOS, Apple users can buy Xiaomi 10 at ease
From the father of Andro to the voice of rock, why do those mobile phone brands fail?