Huawei is regarded as a system by people in many aspects. The people who eat melons are looking at the lively, but Huawei has not relaxed on the operating system. It was carried out many years ago. They have scooped up a big bull in the field of global operating system, and they are the top bull to lead the OS system core team. 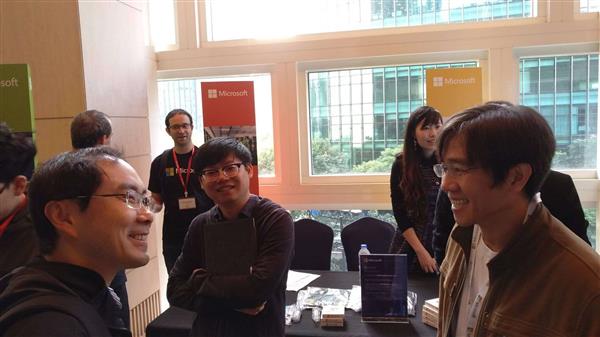 How good is Chen Haibo? The resume list is scary.

Nowadays, celebrities'resumes are often not credible, but for real cattle, rich resumes are enough to stun the outside world, because Professor Chen Haibo has participated in or held positions in international and domestic first-class units, including operating systems. SOSP and OSDI are the top conferences in the field of system structure. The resumes introduced at the China Computer Conference are as follows:

Chen Haibo, professor and doctoral supervisor of Shanghai Jiaotong University. At the same time, he is also chief scientist of Huawei OS and director of operating system kernel laboratory. The main research directions are operating system and parallel distributed system. The leading work has been made in the fields of operating system, transaction processing system based on new hardware and big data query system. Selected for 2014 countries 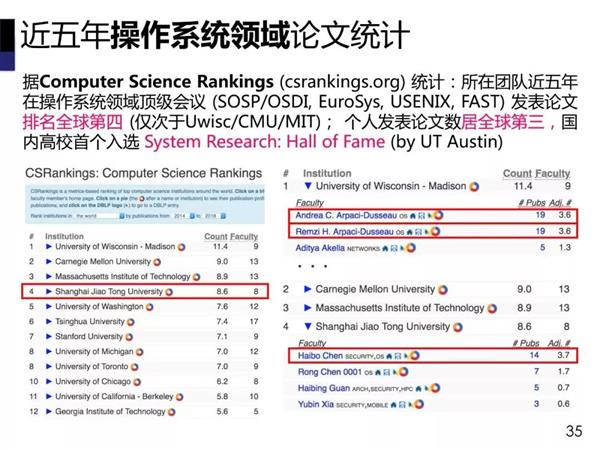 What can Huawei OS Core Lab do?

At present, the laboratory has gathered nearly 30 OS scholars and experts from academic and industrial circles at home and abroad, led by Professor Chen Haibo of Shanghai Jiaotong University, all from top research institutes or enterprises at home and abroad. Many scholars have strong influence in international academic circles, often serving as top-level conference PC in various related fields; many experts have significant contributions in open source communities such as Linux.

Currently, the laboratory has cooperated with leading laboratories in international universities, including but not limited to MIT, Stanford, Yale and UNSW, to build the next generation of operating systems that are leading in the industry.

At present, besides knowing that Huawei is studying its own operating system, all the other details are unknown. At present, there are many rumors that Huawei's self-research system is called Hongmeng. This name is very meaningful, and Huawei has registered Hongmeng's trademark in recent years, so this is true.

Hongmeng, the ancient age of Chinese mythology and legend, legend Pangu in Kunlun Mountains before the creation of heaven and earth, the world is a chaotic vigor, this natural vigor is called Hongmeng, so that era is called Hongmeng Age, later this word is often used to refer to the ancient times. The word has also appeared in the four masterpieces A Dream of Red Mansions and A Journey to the West for many times. 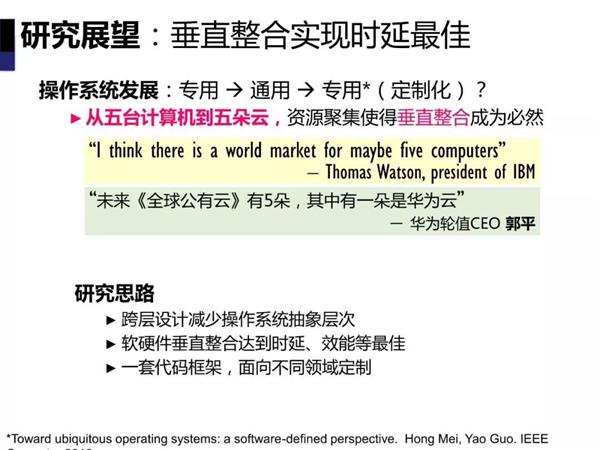 Hongmeng System is really only for IntelligenceMobile phone? At present, the outside world is still confused about Huawei's self-research system, but according to Professor Chen Haibo's research, Huawei's Hongmeng system is not so ambitious. Smart phones are only a part of it. According to the papers found on the network, Huawei's system is "a code framework for customization in different fields". Vertical integration of software and hardware achieves the best experiment and efficiency. Data centers are available, as are PCs, smartphones and other consumer areas. 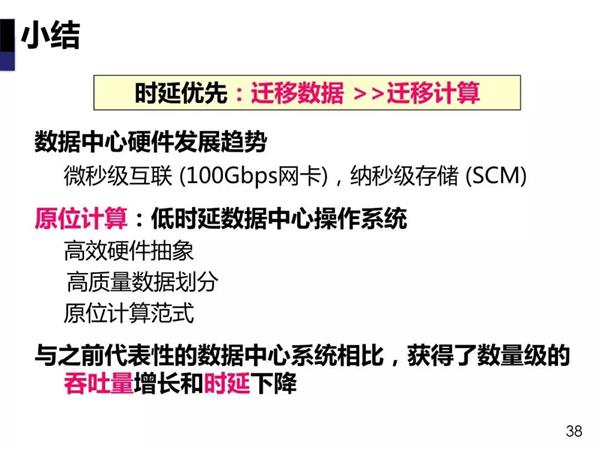 Related news
The new HUAWEI MateBook E is coming with the support of Luan 850 platform.
Hot news this week
Xiaomi's new keyboard and mouse product: keyboard can't only be used for typing
Ali, Tencent join the bureau," health code "can really replace the pass?
Opening of AMD's official store: Ruilong Limited gift box $150
Novel coronavirus pneumonia CDC may be followed by China's suspension of work and suspension of school
Here comes the 7 nm sharp dragon! Lenovo released ideapad slim 7 amd version on the US official website
"Cloud conference" is coming! Suning will broadcast Huawei new product conference live: held online on February 24
Samsung TV's global sales volume is the first for 14 consecutive years: qled is twice as big as LG OLED
Alipay's 240 thousand living materials rush to Wuhan, including 70 thousand packets of diapers / sanitary napkins, etc.
Climate change may dry up this river in the United States. Millions of people will be seriously short of water
Huawei releases new matebook d 14 / 15: upgrade amd R7 / Core i7
The most popular news this week
The whole family is in the past! Microsoft three in one office official edition experience
Baidu withdraws the lawsuit and Wang Jin responds: the one who is clear and the one who is turbid
Tesla speed up to Apple
Is it dangerous to cancel Microsoft Sony's exit from GDC Apple Google developer conference at F8 conference?
What's the direction of mobile phones in the future for vivo's new apex 2020?
Eric Schmidt thinks Silicon Valley may lose to China
Interpretation of Baidu's Q4 financial report in 2019: to alleviate the downturn in the first three quarters, it is necessary to define the growth point in the future
Why does the new crown outbreak not necessarily originate in China?
Here's a smart watch that costs only 130 yuan. It looks like an apple watch
Forbes China's 2020 Richest Women's List: Yang Huiyan First Ma Dongmin on the list