Reporting competitors on the eve of 618 Gree's online dilemma

Said that many consumers feedback the company to the companyair conditioningThere is a problem of low price and high power consumption. For this reason, the company has found through its own laboratory and third-party quality inspection agencies that the product of the competitive product Oaks does have a large gap between its promotion and the nominal energy efficiency value, energy efficiency ratio and The test results of cooling power consumption are all a series of problems such as failure.

Regarding the allegations of competitors, Oaks also quickly responded to his official micro-signs, saying that the opponent’s accusation was untrue, there was unfair competition, and the public security organs had been reported. However, shortly after Oaks responded, Gree Electric again attacked the company and disclosed eight inspection reports of Oaks-related air conditioners issued by third-party quality inspection agencies on its official micro-computers, all indicating that the products were unqualified.

The competitors searched for the tripartite organization and reported the real name to the market inspection department. The time coincided with the online promotion of the major e-commerce 618. Gree Electric's "operating operation" made the market speculate constantly.

According to the data of Avi Cloud's "Q1 Air Conditioning Overall Market Report of 2019", the total retail sales of air conditioners in the first quarter of 2019 was 35.6 billion yuan, up 2.8% year-on-year, and the retail volume was 9.8 million sets, up 4.4% year-on-year. In the first quarter of last year, the overall retail sales volume and retail sales growth rate of air conditioners were 14.9% and 9.5% respectively. The report predicts that the sales volume of the domestic air-conditioning market will decrease by 2% year-on-year in 2019. 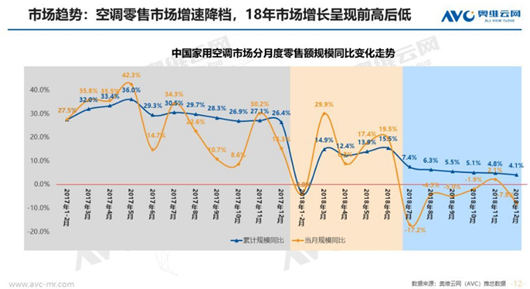 Figure 1: Change in the growth rate of the domestic air conditioner market 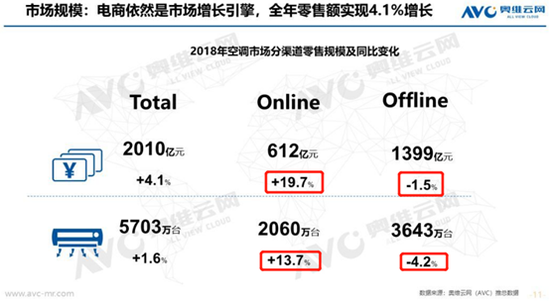 Figure 2: Online and offline sales data for the air-conditioning market

It can be found that the growth rate of the overall market of air conditioners has declined, mainly because the sales under the line have not increased and decreased. The main reason for this is that market analysts believe that the traditional offline sales model is because of the level of the dealer channel, the reason for the need to make profits, the space for price reduction is not flexible compared to the line, and the price is not sensitive to the first and second line air conditioners. The market is now close to saturation, and it is mostly a new market for stocks. On the contrary, the third- and fourth-tier cities and rural markets are more sensitive to price, and they are more willing to purchase air conditioners from online sales promotion and discounts.

The analysis of Aowei Cloud Network also believes that the air-conditioner in the third- and fourth-tier markets is relatively low, and the space for popularization needs still exists. The latter is one of the driving forces for market growth, while the first- and second-tier markets are greatly affected by the real estate market. It depends on the relaxation of real estate policy.

As the big brother in the field of air conditioning, Gree has been deeply entrenched in many years, and has a large dealer channel in the country, and maintains a close relationship with them, occupying the position of the first place in offline sales for many years. According to the data of Ovi Cloud, the market share of Gree Electric's offline air conditioner sales in 2013 was 33.12%, and the average brand price was 4417 yuan. The market for Oaks' offline sales was only 4.19%, and the average price of the brand was 3,189 yuan. Regardless of market share or price, it is far lower than Gree Electric. 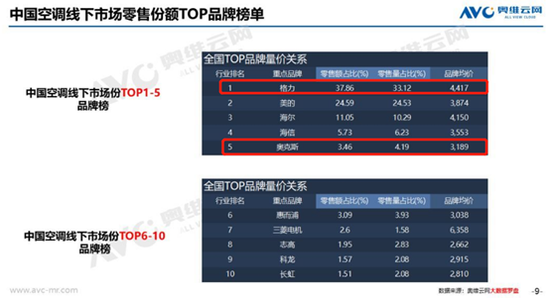 Despite the strong offline channels, Gree's performance in 2019 disappointed the market. Its revenue growth slowed to 2.5% year-on-year, while it increased 32% year-on-year in the fourth quarter of last year. Galaxy International believes that the main reason is the high level of channel inventory after filling the sales channels in the second half of 2018, and also includes some seasonal reasons. Earlier, some analysts said that Gree's 2018 performance growth far exceeds the industry's main reason is the sale of goods to dealers.

Perhaps it has long been smelling the changes in the channel pattern. Oaks has actively changed the mode of traditional offline cargo distribution, basically eliminating dealer sales, changing to Internet direct sales, and having a more flexible price adjustment mechanism. The latest data shows that the first quarter of 2019 Oaks online share was 30.3%, an increase of 6.6%, second only tobeautifulIn second place, while the market share on Gree Online was only 18%, down 6% year-on-year. 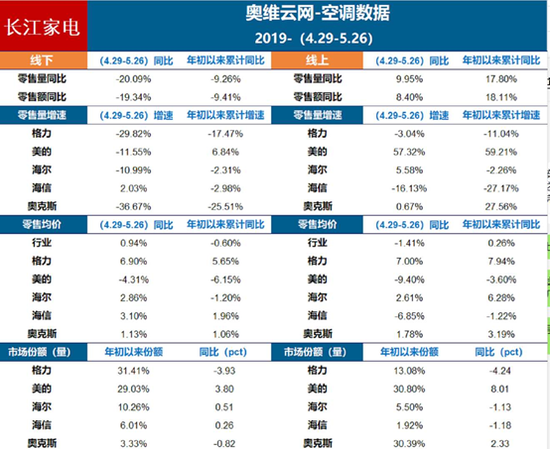 However, Oaks' online play seems to be quite "rogue", mainly to seize the market through low price and rapid penetration. Although the price of the price is suspected of disrupting the market, it is undeniable that this move has a miraculous effect on the short-term expansion of small and medium-sized enterprises. In the past few years, through the strategy of “low price + online sales”, Oaks has grown into the scale. Second, the overall third air-conditioning brand.

However, some experts also said that the low-cost route is like Oaks. Although it will be effective and will expand rapidly in the short term, the capital market will like this type of enterprise because it will pay off quickly. But the problem is that the manufacturing industry is not short-term, not cheap, but it is back to the OEM's old path.

At present, Gree’s report on Oaks has attracted the attention of the State Market Supervision Administration and the China Consumers Association. They said that they will promptly dispose of them according to the results of the investigation and verification, and promptly disclose them to the society. (Sina Finance Meteor)

Related news
Microsoft is about to launch a Web version of VS Code (Visual Studio Online)
Reporting competitors on the eve of 618 Gree's online dilemma
GREY: Reporting that Ox had nothing to do with 618 would come out if it undermined fair competition.
Microsoft renamed the web-side Office application: cancel the "Online" suffix (Figure)
The Netherlands calls for the discontinuation of Microsoft Office Online and mobile applications
Hot news this week
Xiaomi's new keyboard and mouse product: keyboard can't only be used for typing
Ali, Tencent join the bureau," health code "can really replace the pass?
Opening of AMD's official store: Ruilong Limited gift box $150
Novel coronavirus pneumonia CDC may be followed by China's suspension of work and suspension of school
Here comes the 7 nm sharp dragon! Lenovo released ideapad slim 7 amd version on the US official website
"Cloud conference" is coming! Suning will broadcast Huawei new product conference live: held online on February 24
Samsung TV's global sales volume is the first for 14 consecutive years: qled is twice as big as LG OLED
Alipay's 240 thousand living materials rush to Wuhan, including 70 thousand packets of diapers / sanitary napkins, etc.
Climate change may dry up this river in the United States. Millions of people will be seriously short of water
Huawei releases new matebook d 14 / 15: upgrade amd R7 / Core i7
The most popular news this week
The whole family is in the past! Microsoft three in one office official edition experience
Baidu withdraws the lawsuit and Wang Jin responds: the one who is clear and the one who is turbid
Tesla speed up to Apple
Is it dangerous to cancel Microsoft Sony's exit from GDC Apple Google developer conference at F8 conference?
What's the direction of mobile phones in the future for vivo's new apex 2020?
Eric Schmidt thinks Silicon Valley may lose to China
Interpretation of Baidu's Q4 financial report in 2019: to alleviate the downturn in the first three quarters, it is necessary to define the growth point in the future
Why does the new crown outbreak not necessarily originate in China?
Here's a smart watch that costs only 130 yuan. It looks like an apple watch
Forbes China's 2020 Richest Women's List: Yang Huiyan First Ma Dongmin on the list