GREY: Reporting that Ox had nothing to do with 618 would come out if it undermined fair competition. 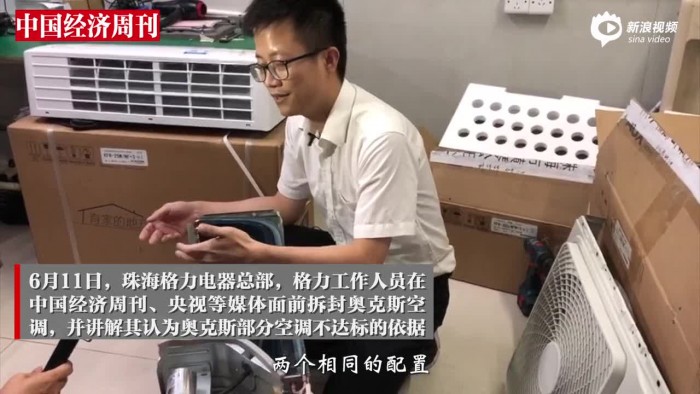 Gree clarified the original intention of the report

Speaking about the cause of the report, Li Mingjing, Vice Minister of Legal Affairs of Gree Electrical Appliances, said that Gree received feedback from consumers and investors that Ox air conditioners were cheap but consumed a lot of electricity. In order to clarify this situation, Gree did some market tests.

Earlier this year, Oakes compared its own air-conditioning system with that of its counterparts, saying that refrigeration and heating can save electricity. Li Mingjing said, "We are very surprised whether it is publicized like that, so we did a test. Our company's internal test report shows that the results of some models tested at that time are quite different from the national mandatory standards. Later, Gree went to a third party for further testing, and the results were the same as the company's conclusions.

"We have reported to the local regulatory authorities earlier. Later, the State Development and Reform Commission, the Ministry of Water Resources and the General Administration of Market Supervision jointly issued a document, probably in late May, instructing the local market supervision bureaus to jointly examine the situation of energy efficiency deficiency. This shows that the state attaches great importance to energy efficiency and water efficiency, so we decided to report it to the General Administration of Market Supervision. Li Mingjing stressed that Gree's report had nothing to do with 618.

Li Mingjing said frankly, "The dispute between us and Oaks has been continuous, but in the past it was settled by legal means, including litigation by both sides. Several cases have been finally tried and the judgment has come out. It's the company that sues Oaks, and ultimately it's up to the court to decide who wins and who loses. That's the final solution.

"We call on the society to pay attention to the problem itself. The content of our report is about eight unqualified products. We report the problems to the relevant departments of the country. There are various interpretations in society, but some deviate from the essence of the problem. So I hope the society will focus on the issues we care about. Li Mingjing said.

The growth rate of air conditioning industry slowed down

According to the Research Report of CICC on June 11, Ox has threatened the air-conditioning duopoly from the perspective of the current air-conditioning market pattern reported by Gree Ox. Industry online data show that in 2018, Oaks sold 13.89 million units, ranking second only to Gree.Beautiful。 Ox has a low price, averaging 2,717 yuan per Taiwan in 2018, which is only 91% of the average price in the online market. Since the second half of 2018, the demand of air conditioning market has declined, and the market has shown the trend of on-line growth and off-line decline. The poor market demand has led Gree to pay more attention to Oaks. According to industry online monitoring, the output of household air-conditioning industry in June 2019 was about 14.58 million units, down 9.3% year on year.

For the public report of Gree, Oaks accused Gree of "obvious unfair competition" and "reported to the public security organs" through official micro-statement. On June 11, the Yinzhou District Public Security Bureau of Ningbo City, Zhejiang Province, has accepted the Oaks Group's report on the damage to commercial reputation and commodity reputation, and will investigate according to the facts according to law.