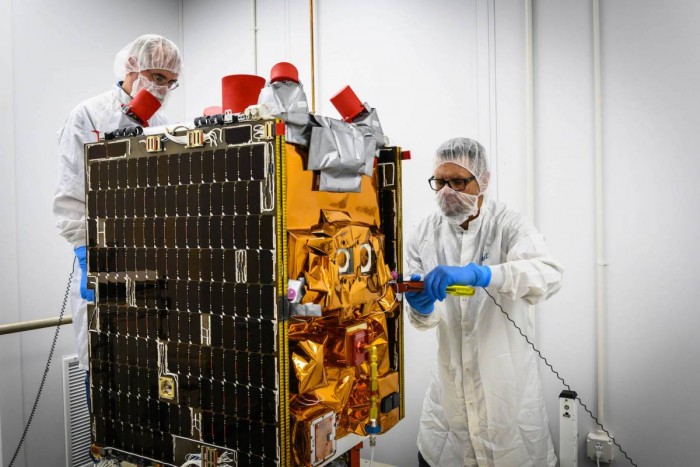 At present, rockets and other spacecraft usually use terpenoid fuels, which are very flammable. However, the safe storage, management and use of such fuels is also very difficult. In fact, cockroaches have dangerous instability and acute toxicity. It can cause acute poisoning through skin infection and absorption in the digestive tract, and may cause damage to the nervous system after prolonged exposure, and may even have worse consequences. Therefore, NASA technicians handling fuels need to be equipped with oxygen tanks and heavy rubber gloves.

Now, NASA wants to replace cockroaches with alternatives, which are easier to handle and less toxic. This mixture of ammonium hydroxy nitrate and oxidant also has great advantages in terms of effectiveness: NASA says that because of its denser nature, performance has increased by nearly 50%.

However, it is not as simple as draining the fuel tank and filling new fuel. The team responsible for fuel must also design a new set of hardware – from fuel tanks to thrusters, as well as filters, valves and other pipes – to accommodate the new propulsion system. The result was a test bench developed by Aerojet Rocketdyne for NASA with a propellant tank and a 1-Newton thruster.

It's called the Environmental Propellant Fusion Mission (GPIM), and if the upcoming tests go well, it will mean a lot. First, its higher performance allows the mission to enter the moon and then be more efficient on Mars. In order to travel the same distance, you only need to carry less fuel. However, small missions closer to the Earth may also benefit. For example, one of the biggest costs of launching a new satellite is rocket fuel. If small satellites and cube satellites can be used with GPIM, they can better address size and budget constraints.

"GPIM has the potential to inspire new ideas and tasks," said Christopher McLean, Principal Investigator at GPIM, Ball Aerospace, Boulder, Colorado. It also allows for a faster launch schedule because it does not require such cautious precautions. “The spacecraft can add fuel to the manufacturing process, simplifying the handling of the launch facility and saving money,” explains McLean.

The SpaceX Falcon heavy rocket will be launched by GPIM later this month. It is one of more than 20 satellites that will be launched as part of the STP-2 mission and is currently scheduled for launch on June 24.