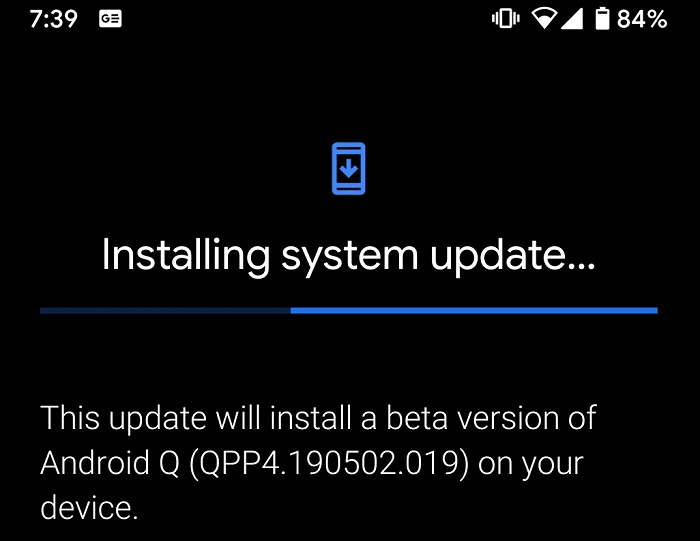 It is reported that the new version emphasizes that the issue of the bootloop has been fixed. Now Pixel 2 XL and Pixel 3 users can install Android Q Beta 4 without any concerns.

If you can't wait, you can also manually download the image from the Android Developer Portal. (If you want to upgrade from Beta 3, the size of this update package is still relatively large) 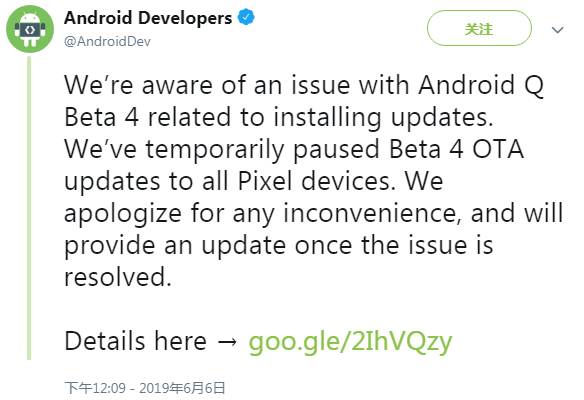 If you have already installed the old Beta 4, you can also use this small patch of only 400kb (because there is no feature update, it contains the same June Android security patch). 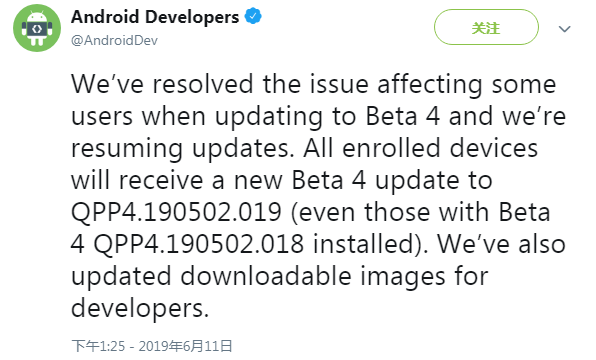 If the vendor has not yet provided a Beta 4 update, the user can strategically withdraw to the Beta 3 version until the revision Beta 4 update arrives. Finally, according to Google's timetable, the official version of Android Q is expected to be officially released in 3Q2019.