inGreeAfter the report, the report said that Oaks executives did not sleep all night, studying how to deal with them. Oaks said that just 618air conditioningOn the occasion of the peak season of sales, Gree adopted derogatory means, which is an obvious act of unfair competition. For Gree’s report, the company has reported the case to the public security organ and will file a lawsuit with the judicial authorities to protect the legitimate rights and interests of the company and maintain the normal order of the market. The company is willing to accept the supervision and inspection of the vast number of consumers and relevant state departments. 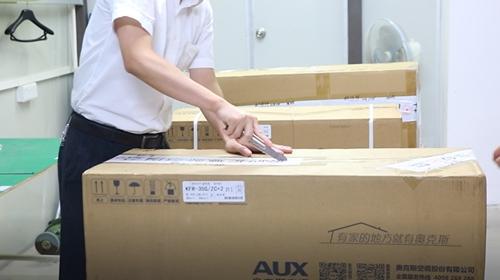 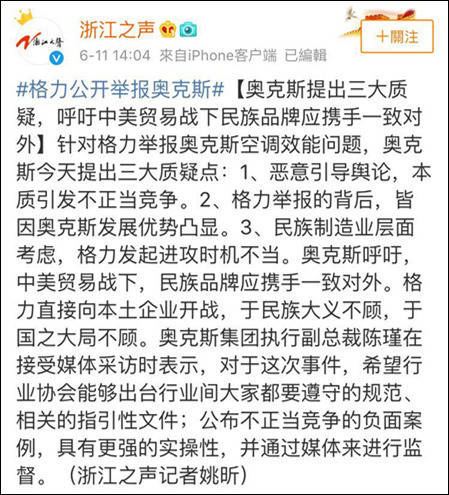 However, one of the responses of Oaks has caused more controversy. That is, Oaks attacked Gree from the perspective of patriotism and national justice. They raised three major questions:

1. Malicious guidance of public opinion, the essence of which leads to unfair competition.

2, behind Gree's report, all of them are highlighted by the development advantages of Oaks.

Oaks called for national brands to work together in the Sino-US trade war. Gree directly fought against local enterprises, regardless of the national justice, and disregarded the overall situation of the country. In an interview with the media, Chen Hao, executive vice president of the Oaks Group, said that for this incident, I hope that the industry associations can introduce the norms and relevant guiding documents that everyone must abide by in the industry; and publish negative cases of unfair competition, which is stronger. Practicality and supervision through the media.

However, these words also triggered the dissatisfaction of netizens, thinking that Oaks is shifting the topic. This afternoon, Oaks also responded that “Gree’s disregard for national justice” is that private executives chat privately, not officially, and denied relevant reports.

Related news
Gree and Oaks have been complaining for a long time? The two companies have mutual complaints against patents for inventions
General Administration of Market Supervision: Highly concerned about the real name of Gree Electric Appliances
Gree publicly reported that the brand of air conditioner head behind Oakes was reshuffled
Gree "opens and tears" Oaks, has been brewing for many months? The latest response from both sides came.
Oaks: Gree directly fights against local companies and disregards national interests.
Gree Electric: Unlimited purchase of Oaks air conditioning products Free to the agency for testing
Gree reports Oaks regardless of nationality and national justice? Oaks: It’s private executives chatting privately
Behind the report of Oaks product failure: Gree is looking for a way out for himself?
Gree Oaks re-examines the issue of product reporting by the executives, see you on Monday?
Behind Gree Oaks' "Rekindled War": Anxiety and Melee in the Air Conditioning Industry
Hot news this week
Challenge the fierce rival Intel amd Su Zifeng: This is just the beginning!
Musk is going to blow up the rocket tomorrow
Huawei mate XS Ministry of industry and information technology access: equipped with Kirin 990 5g, better hinge / screen
Can't OEM 16nm chips for Huawei? TSMC: hard to estimate but ready for changes in export control at any time
Samsung Galaxy a71 5g exposure: equipped with exynos 980, square four shot
Magic mobile phone protection shell, match 20 Pro for sale, match 30 Pro for second change
NetEase cloud music and station B could be the only two accidents
Unsealed Taobao account in 980: no malicious refund
TSMC denies being pressured by the us to set up factories in the US: there is no final decision at this stage
Samsung Galaxy a71 5g exposure: cheap "note10" with exynos 980 and square four shot
The most popular news this week
NetEase cloud music and station B could be the only two accidents
Microsoft CEO: technology companies should protect data privacy just like human rights
CAAC: no refund fee for air tickets from 0:00 on January 24
President of Xiaomi International: Xiaomi still wants to enter the US market dominated by apple and Samsung
Over 80 million yuan of contract has been awarded to golde infrared for the application of self-developed chips in the prevention and control of pneumonia
Huawei Developers Conference Announces Extension: Change to Live Online as a New Pneumonia Epidemic
Microsoft chromium edge stable edition ushers in the "new tab" after function improvement
Huawei P40 Pro toughened film spy exposure: the effect of increasing screen curvature is worth looking forward to
DxOMark announces iPhone 11 score: 109 points, just equal to Huawei P20 pro of the year before
Google and Mozilla are sending cake to Microsoft's new edge team