Pixel 4 was announced by Google officials, but its three major black technologies are much more desirable.

Pixel 4 may follow the new generationIPhoneBump into the face

At 2:30 a.m. Beijing time on June 13, Made By Google, the official Twitter account of Google Hardware, released a picture labeled Pixel 4 and said that since everyone cares, it's not hidden. So there's no doubt that the next generation of Pixel 4 looks like this: 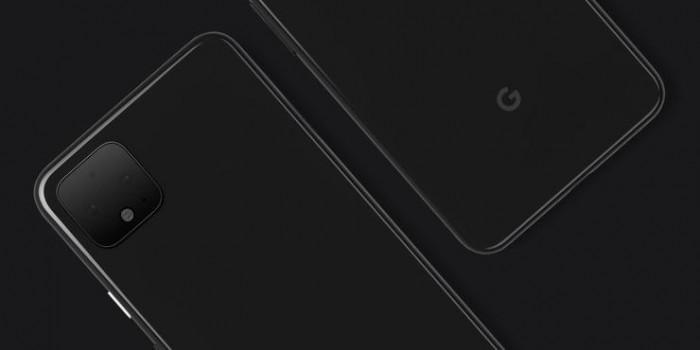 From the picture, Pixel 4 has at least a black version, the integration of color is stronger, instead of using the previous close color design, it looks more advanced, four sides show bright color, better looking.

Of course, the most striking thing in the picture is a square raised camera module on the back, which is designed for two cameras (left and right distribution). There is a flash at the bottom of the module and a small dot at the top, probably a microphone. Besides the camera, there is a Google logo on the back, but the three generations of fingerprint recognition module have disappeared, which means Pixel has disappeared. 4. Subscreen fingerprint identification may be used.

In addition, you can also vaguely see a white button on the black body of Pixel, which is in line with Pixel's consistent aesthetic style, and looks more distinct contrast.

Interestingly, the official leak map is that there are two.Mobile phoneParallel layouts show different parts of the back, while a Twitter user nicknamed Fetty Wok has a sudden idea of putting the two together, and P becomes a real Pixel 4 back image, the effect can be said to be very realistic: 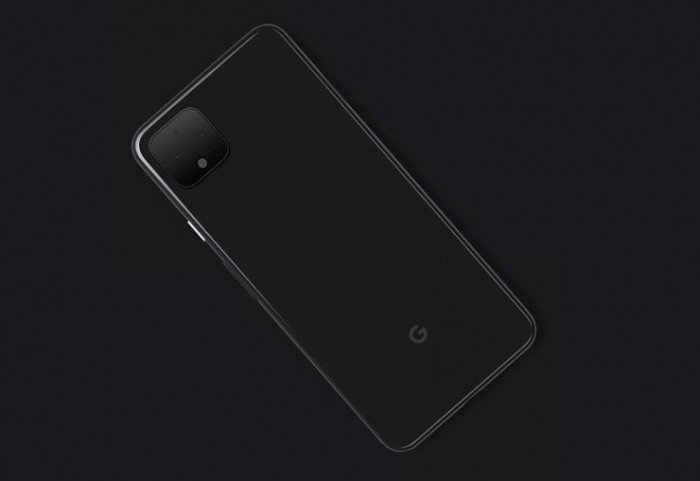 Pixel 4 back camera design, it is easy to recall last yearHUAWEIThe rear bathroom lens design is adopted on Mate 20 Pro, of course, Mate 20 is designed with three cameras.

More coincidentally, however, Pixel 4 may face the design of the new generation of the iPhone's rear camera.

According to Guo Mingpi, a well-known Apple analyst, this year's upgraded version of the iPhone XS and the iPhone XS Max will adopt a rear three-camera design; compared with the current version, a 12-megapixel ultra-wide-angle camera will be added, which is provided exclusively by Sony. Additionally, in order to enhance the less visible lenses of the two phones, Apple added a dark coating to the lenses of the two phones.

From the photos of the new generation of the iPhone given by OnLeaks, the camera part of the device is also a bit like a "bathroom bully" model; compared with Pixel 4, it is a wonderful thing. 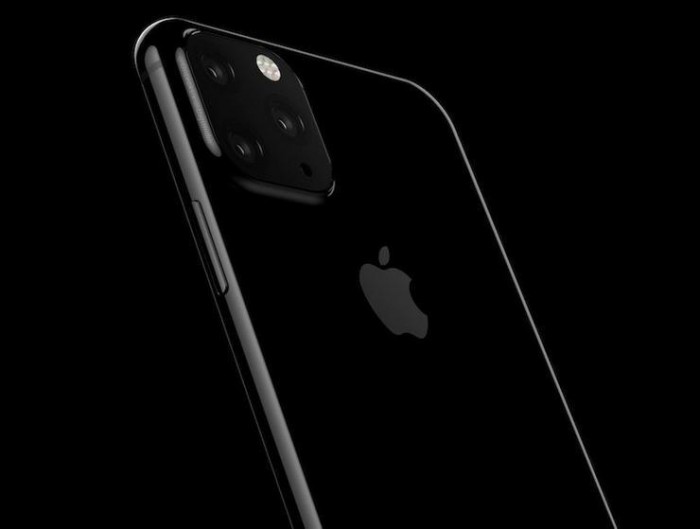 But Pixel 4's black technology is even more promising

In addition to the official back maps, we also need to pay attention to other information that Pixel 4 has been exposed to almost the same extent.

For example, in this official picture, there is no doubt about the back information of Pixel 4, but the positive information is still unknown. But on June 10, Pricebaba and Onleaks co-released a set of positive and negative explosive maps of Pixel 4, which can be seen faintly on its front top microphone. Another blaster, Lewis Hilsenteger from Unbox Therapy, believes that the front of Pixel 4 will no longer have a bang, but will have a big black edge, in which there will be five different image processing systems.

However, one of the most anticipated rumors is that Google will add Soli radar chips to Pixel 4, according to the rumors heard by the well-known Google news blog 9 to 5. 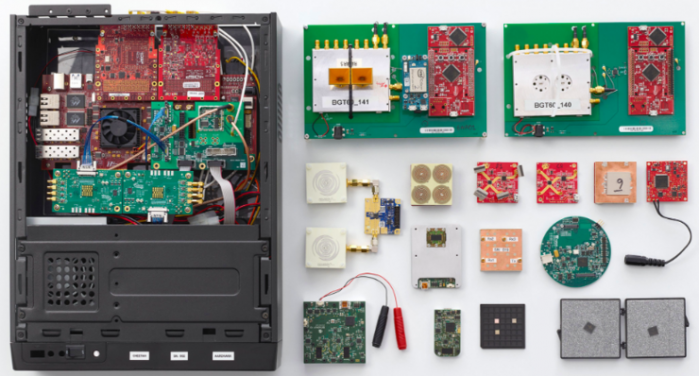 Speaking of Soli radar sensor chip, we have to mention Google's Project Soli, which is a new sensing technology proposed by Google's mysterious ATAP Department (Advanced Technologies and Projects) in 2015 that uses micro radar (i.e. Soli sensor) to monitor air gesture movement. This technology aims to design a non-touch user interface, which enables users to control electronic devices through micro-signal radar. For example, Soli micro-radar is placed in a smart watch. Users use gestures to achieve various operations such as volume, channel and so on.

Soli sensor is a highly integrated low-power radar operating in the 60 GHz ISM band. According to official Google information, Soli sensors have rapidly iterated over several hardware prototypes from a hardware prototype. After redesigning, Google reconstructs them into a solid-state component that can easily be integrated into small mobile consumer devices and mass-produced.

However, there is no definite information as to whether Google will integrate Soli sensors in Pixel 4 and what it will do if it does.

It's worth mentioning that XDA Developers found a Pixel-only feature named aware Sensor in Beta version of Android Q, and Google has set up a number of operations for this feature, such as Skip and Sleece.

In addition to the possibility of Soli sensors, Pixel 4 is also concerned about two other black technology chips that have emerged, Pixel Visual Core and Titan M. 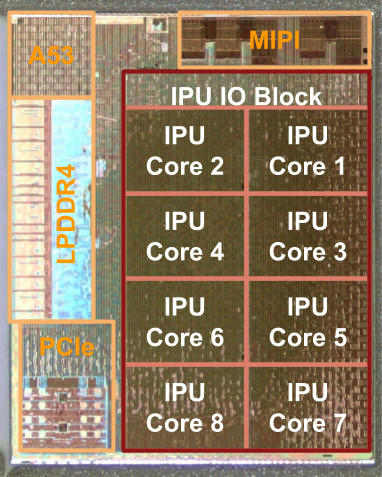 For example, Google first built in Pixel Visual Core, a supplementary AI chip, in its Puxel 2 released in 2017, but last year's Pixel 3 was only optimized and not updated. This year, it is possible to launch a new version of the Pixel Series to boost Pixel's image processing and AI capabilities.

In addition, in Pixel 3 last year, Google launched Titan M custom security chip. I don't know if this chip will be updated this year. 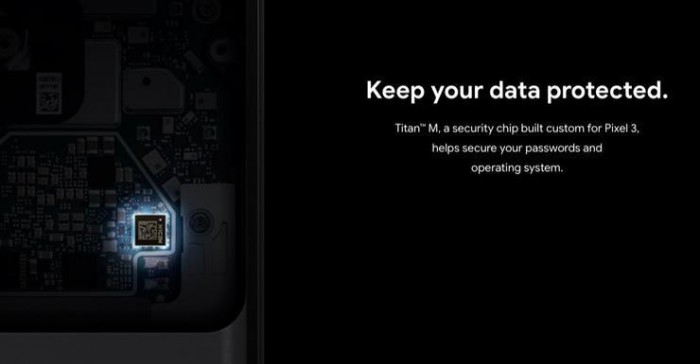 There's no doubt that Pixel 4 will be the latest generation of flagship aircraft launched by Google, so there's basically no doubt that the Pixel 855 processor, camera capabilities, AI functions and so on will become the regular upgrade configuration of Google Pixel 4, so it's not so conspicuous. As a strong technology company, Google's involvement in black technology in the Pixel series is highly anticipated.

However, with the support of black technology, the price of Google Pixel 4 is estimated to be close to the next generation of the iPhone, and there will even be a momentum to overcome. I don't know how many people will be willing to pay for it.

Related news
Pixel 4 was announced by Google officials, but its three major black technologies are much more desirable.
Pixel 4 was announced by Google officials, but its three major black technologies are even more promising.
Is the radar chip on Google pixel 4 a gimmick?
Google Pixel 4: a * independent pig
Review of Google pixel: evolution of Google Mobile
Hot news this week
Xiaomi's new keyboard and mouse product: keyboard can't only be used for typing
Ali, Tencent join the bureau," health code "can really replace the pass?
Opening of AMD's official store: Ruilong Limited gift box $150
Novel coronavirus pneumonia CDC may be followed by China's suspension of work and suspension of school
Here comes the 7 nm sharp dragon! Lenovo released ideapad slim 7 amd version on the US official website
"Cloud conference" is coming! Suning will broadcast Huawei new product conference live: held online on February 24
Samsung TV's global sales volume is the first for 14 consecutive years: qled is twice as big as LG OLED
Alipay's 240 thousand living materials rush to Wuhan, including 70 thousand packets of diapers / sanitary napkins, etc.
Climate change may dry up this river in the United States. Millions of people will be seriously short of water
Huawei releases new matebook d 14 / 15: upgrade amd R7 / Core i7
The most popular news this week
Twitter confirms that a high school student in the United States faked a candidate for the 2020 election
The whole family is in the past! Microsoft three in one office official edition experience
Baidu withdraws the lawsuit and Wang Jin responds: the one who is clear and the one who is turbid
Tesla speed up to Apple
Is it dangerous to cancel Microsoft Sony's exit from GDC Apple Google developer conference at F8 conference?
What's the direction of mobile phones in the future for vivo's new apex 2020?
Eric Schmidt thinks Silicon Valley may lose to China
Interpretation of Baidu's Q4 financial report in 2019: to alleviate the downturn in the first three quarters, it is necessary to define the growth point in the future
Why does the new crown outbreak not necessarily originate in China?
Here's a smart watch that costs only 130 yuan. It looks like an apple watch