Xiaomi ranked fourth, although the shipments were only 2.9 million units, but the share increased to 5.55%, an increase of 33.26% over the same period last year.. Xiaomi and Huawei have also become among the top five, and only two have achieved growth.

The following is the detailed ranking: 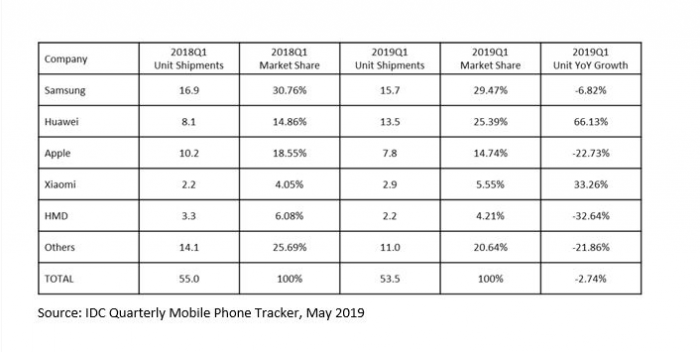