Does the seemingly powerful PCIe 4.0 really work? Why does AMD blow up Intel but don't care?

The standardization of PCIe is not good when PCIe 4.0 appears.

The full name of PCIe is Peripheral Component Interconnect Express, which can be translated into high-speed connection standard for peripheral devices. This is the PC connection standard proposed in 2003. The PCIe channel contains two data channels to ensure the efficiency of data reception and transmission. Each device has an independently allocated bandwidth and does not occupy the total bandwidth. 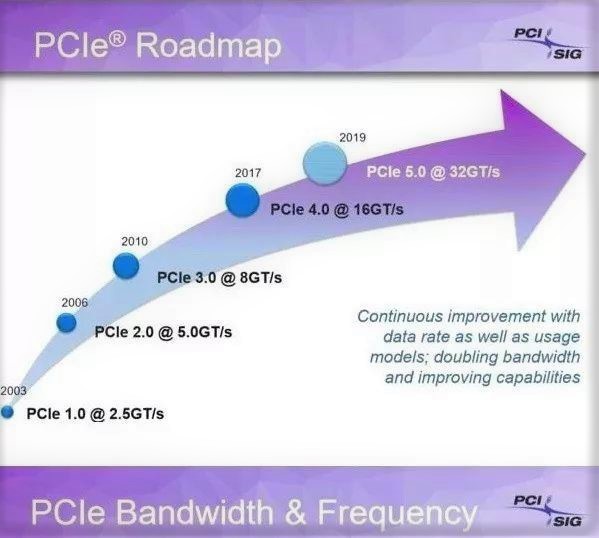 Just over a year after the release of PCIe 3.0 in 2017, the PCI-SIG, which manages and defines the PCIe standard in January 2019, released version 0.9 of the latest PCIe 5.0 specification, while PCIe 5.0 is also backward compatible with 3.0 and 4.0 devices, which caused many vendors to directly skip the PCIe 4.0 direct development of PCIe 5.0 specification devices.

AMD was the first to announce a new generation of Acer processors supporting PCIe 4.0 interface at the Taipei Computer Show at the end of May this year. In addition to the 7nm process and high frequency, Intel's support for PCIe 4.0 has become the highlight of this conference. Compared with the buff buckling that doubles the bandwidth of PCIe 3.0, the overall performance of the A platform has also been greatly improved. 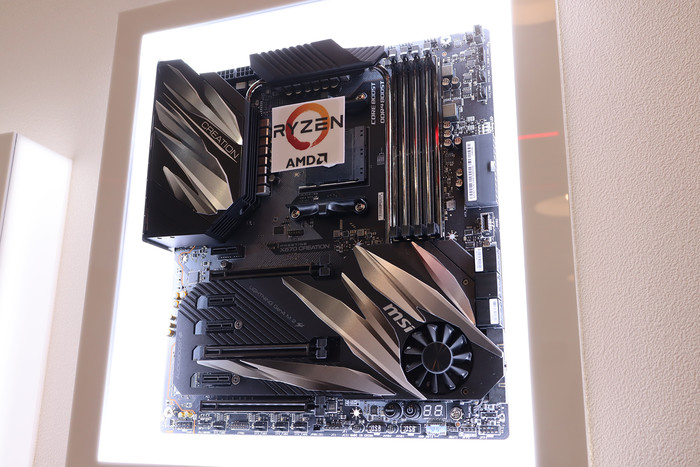 At the Taipei Computer Show, many manufacturers introduced AMD's new CPU motherboard. We may see that the motherboard has a small on the South Bridge chip.fanThere is also one more noise source in the chassis. The appearance of this small fan is also related to the application of PCIe 4.0. Because the data processing task is aggravated, the South Bridge has become a small stove. There is no way to add a small cooling fan to the South Bridge. 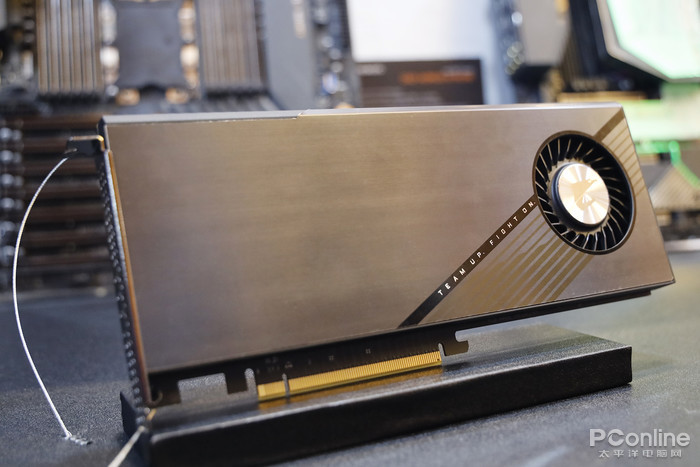 At the same time, we also saw the ultra-super high speed based on PCIe 4.0 at the Taipei Computer Show.SSDstorage. At the Taipei Computer Show, Gigabyte introduced the world's fastest and largest PCI-e 4.0 AIC SSD. This is still the world's strongest SSD read and write speed has reached 15000MB / s, see clearly is 5 digits! And its capacity has reached 8TB, I can't imagine how high its price is, and I don't know if it will really push to the consumer market. The group E16 master is used, wherein the AIC version consists of four M.2 SSDs, RAID 0, each disk is PCIe 4.0X4, and the four disk groups are PCIe4.0 X16.

CPU has only 16 PCIe channels

Even the current PCIe 4.0 device, the, AMD Ryzen 9 3900X, has only 16 PCIe channels. On the motherboard, the nearest PCIe slot to the CPU is only 16 channels. At present, this slot is plugged in video card, can reach PCIe × 16 full speed. Only 8 8 channels can be realized when two video cards are SLI, and 8 4 4 channels are allocated when three PCIe devices are connected, that is to say, PCIe channels are limited. This is the division of PCIe channels of CPU on the mainstream platform at present, there are only 16 directly connected CPU, because of the limitation of the number of channels, the speed of multi-device connection will be reduced, and the full performance of multiple high-performance PCIe devices will not be brought into full play. When PCIe 4.0 doubles the bandwidth, the communication speed between multiple PCIe devices and CPU will be more beneficial to the performance of each hardware. 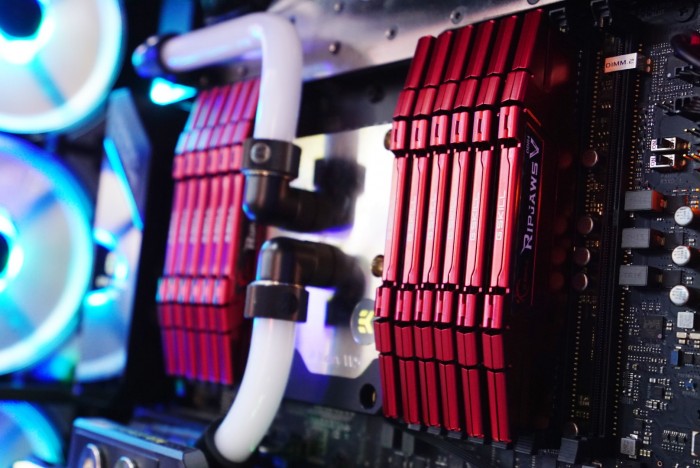 With the popularity of 5G technology, we have found that high-speed data transmission will change the industry and even spawn new industries. 5G's requirements for hardware bandwidth are actually turned over several times, and high-frequency signals and signal coverage are good. It is really necessary to have a huge upgrade in the industry to achieve such performance. And in 2-3 years, the number of devices that enable data interconnection in the home use scenario will increase dramatically, and the PC industry may usher in new changes, and PCs may become individuals.serverAnd the existence of a data processing center.

However, PCIe 4.0 seems to be just beautiful. 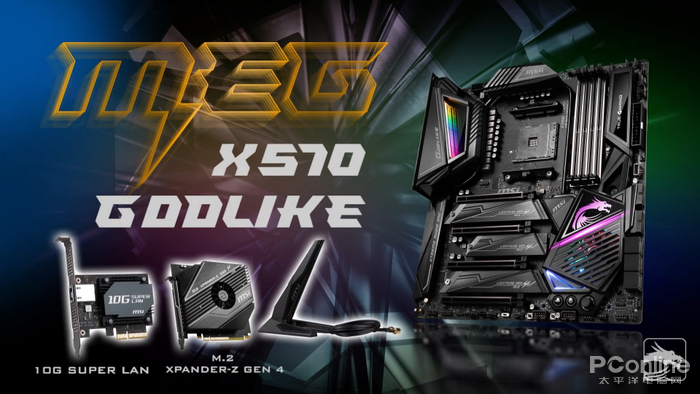 However, PCIe 4.0 looks very good at present. The current cost of PCIe 4.0 is still quite high, because the faster the data transmission speed, the corresponding signal attenuation will increase, and the requirements for components and materials will be corresponding. The higher. According to previous news, the complete 16-channel PCIe 4.0 retimer chip needs $15-25, the motherboard upgrade costs about $100, and the high-end top-level motherboard may cost more. Previously, some users broke the news that msi's top X570 Super God motherboard is priced at 777 euros (about 6,000 yuan), which is really more expensive than the CPU.

The demand in the consumer market is not obvious. 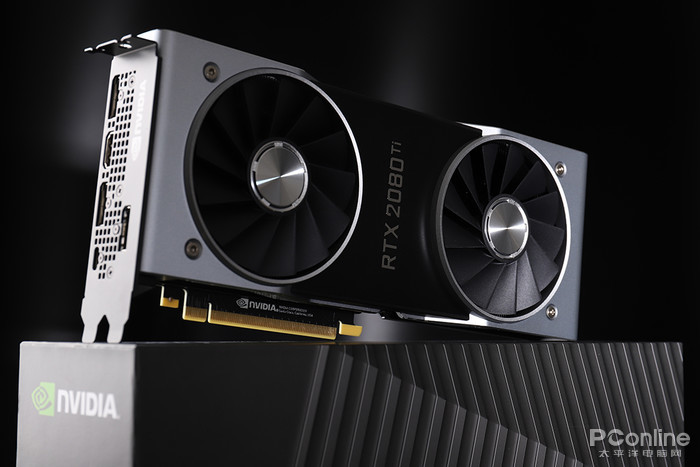 In the past two years since the launch of PCIe 4.0, apart from the enterprise market, there has been no movement in the consumer market at all, in addition to the high cost, there is also a reason that consumer video cards, processors and the network have little demand for PCIe 4.0, which has doubled in speed. This is also the reason for the delay in the launch of PCIe 4.0. As early as the PCI3.0 era, the performance loss of today's graphics card is not obvious, even if it uses PCIe 2.0 × 16 channels. 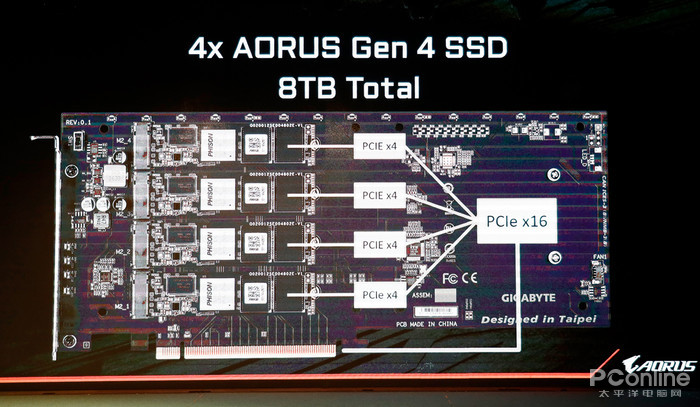 PCIe in home computers is indeed a very fast and practical connection technology because there are fewer devices connected to the motherboard and there is little need to extend the application across multiple computers. In the data center, each PCIe device has its own isolated memory pool, and communication between different devices becomes very inefficient due to bandwidth and latency. NVIDIA and AMD have developed NVLink and InfintyFabric technologies to deal with this problem, CXL isIntelTake out the countermeasures.

In March 2019, Intel launched a new data device interconnection protocol CXL (Compute EXpress Link) for data center, high-performance computing, and AI. The technology is built on the physical and electrical implementation of the complete PCIe 5.0, but it does not require a specially designed interface, which simplifies the design of the server hardware and reduces the cost of the overall system. Intel announced with Alibaba, Dell EMC, Facebook, Google, HPE,Huawei,MicrosoftA joint alliance was formed to develop this protocol to eliminate bottlenecks in compute-intensive workloads such as CPUs and accelerators. The role played by Intel is the same as its role in USB and PCIe development. It shares the technical achievements with the Alliance members and continues to develop together.

The timing is wrong 尴尬 from PCIe 5.0

Since PCIe 5.0 is backward compatible with 3.0/4.0, the status of 4.0 is somewhat embarrassing. Of course, the root cause is that the 4.0 standard is too late. It is seven years away from the 3.0 specification in 2010, and the PCI-SIG organization is eager to restore the established rhythm of the eight-year standard.

The planning of the PCI-SIG is,PCIe 4.0 and 5.0 specification products will coexist in the market for a long time, of which 5.0 will be used only for high performance computing, while the consumer side is all 4.0.At present, Intel's enterprise-class SLC solid-state disk, the Ruler SSD, is designed directly for PCIe 5.0.

At present, PCIe 3.0 is indeed enough to meet the consumer market. From all aspects, PCIe 4.0 is a bit out of reach due to various reasons such as cost, timing, market, etc. Perhaps because of these various reasons, Intel does not seem to care about PCIe 4.0 at present, and the CPU has always seemed to have no new plans. The news is that Intel will directly develop PCIe 5.0 devices beyond PCIe 4.0, and PCIe 5.0 devices will be directly backward compatible with 3.0 and 4.0 devices. Is this the legendary dimension reduction strike? For consumers, the upgrade cost of PCIe 5.0 will be very high, but the compatibility will reduce the upgrade cost, and the consumer market can be upgraded gradually.

However, it is better to buy new ones than to buy old ones. Yes, my explanation and analysis above are based on the current hardware equipment and software requirements, analyzing the current PCIe 4.0尴尬 situation, but with the increasing demand for personal PC data throughput, several years later software and hardware Development will certainly keep up, and after the scale effect, the corresponding costs will gradually decline. After all, our mainstream memory capacity is from 1GB to now 16GB. Whenever we have encountered all the memory consumed by the software, the desire of players and manufacturers for the device to be "higher, faster and stronger" should not stop.

Related news
AMD confirms that the old 400/300 series chipset motherboard will be out of PCIe 4.0
7Nm Reyron 3000, Navi graphics card full support PCIe 4.0 AMD tells you what the benefits are
Intel: The vast majority of current users will not benefit much from PCIe 4.0 Technology
Intel argues that AMD pushing PCIe 4.0 is useless: game performance only affects 0.0099%.
Detailed specification of X570 chipset: AMD is too generous to willful 44 PCIe 4.0
Does the seemingly powerful PCIe 4.0 really work? Why does AMD blow up Intel but don't care?
Why support PCIe 4.0? AMD: Intel doesn't really innovate. We need to be a technology leader.
PCIe 4.0 SSD actual performance test: only 1% increase in the future
Huaqing creates amd Xiaolong demon board: seven PCIe 4.0 x16 in a row!
Hot news this week
ASUS main board leads Rog day fans Carnival highlights
IPhone 12: it's more like throwing away the charger
Gree's response to "being disqualified from winning the bid": a mistake made by the bidder in sorting out the materials
Apple wants to know: what do you do with the charging head of the old iPhone?
A 400-brand evacuation Facebook： the internet giant strangled?
The dotcom bubble? U.S. technology stocks surpassed their 2000 highs relative to the S & P 500
Tesla's warranty service suddenly shrinks: touch screen and media control unit halved to two years
Samsung and research team found a new semiconductor material: amorphous boron nitride (a-bn)
Tesla's warranty service suddenly shrinks? Official response: the truth is here
B550 motherboard price hike a fan denounces amd for changing high play, explaining why it is so expensive
The most popular news this week
Tencent Music Entertainment Group celebrates the anniversary of the industry open letter: willing to create wings of dreams for believers
Even Chinese mobile phone brands are no longer making high cost-effective mobile phones, foreign netizens panic
iQOO cell phone is going to work again next week: Cellon 865 Plus 80W fast charging iQOO Pro3 is coming?
What is the difference between the mass production of arm China "Star" processor and Cortex-M?
Arm China Star processor mass production! Specially designed for China
Chinese developers share: how much money did I make after spending four years making an independent game?
Protection of user privacy, why Xiaomi?
Looking forward to Google's own son: pixel 5 Series reduced to midrange snapdragon 765G / back fingerprint
Intel clarification Thunderbolt 4 interface for AMD platforms
Domestic oil prices have risen for two consecutive times! Reasons for rising oil price of PetroChina