Paul Hansmeier, a lawyer who blackmailed pornographic downloaders, was sentenced to 14 years in prison 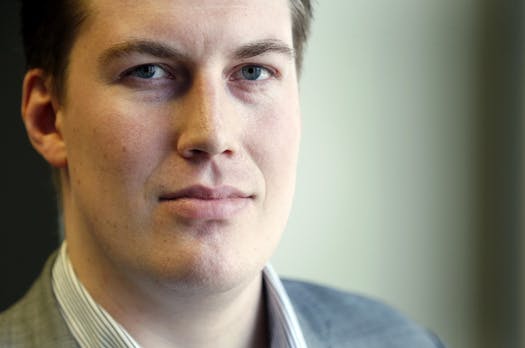 "You can hardly measure how much damage you have done to the administration of justice by abusing trust," Judge Joan Ericksen said at Friday's sentencing hearing.

Over the years, ArsTechca, the foreign media, has been following the actions of Hansmeier and his business partner John Steele. As early as 2012, ArsTechca began reporting on a law firm called Prenda Law, which is suing people who share pornographic movies online. Prenda is not the only law firm to file such lawsuits, but Prenda has come up with a novel way to do more business: upload movies themselves, including some produced by Prenda employees.

A key part of the company's strategy is to seek a settlement of thousands of dollars. Prosecutors say they earned more than $6 million from copyright agreements between 2010 and 2013. Over time, judges have become increasingly sceptical about Prenda's strategy.

As judges across the country dig up Prenda-related cases, they find more and more obvious cases of fraud. In another case, Steele and Hansmeier were accused of using Alan Cooper's identity as caretakers of a Steele estate. Cooper said he had not been consulted before being listed as chief executives of two Prenda-related shell companies.

In 2016, the two men were arrested and charged with federal fraud, perjury and money laundering.

"When judges across the country questioned this, Hansmeier accused other lawyers hired to sue on his behalf, falsely claimed to the court that he was not involved and ordered the destruction of evidence," the Minneapolis Star Tribune reported.

Federal Attorney Benjamin Langner said: "It's outrageous that he abused the way the courts illegally obtained income. When he was caught, his behavior became worse.

Steele pleaded guilty in 2017 and cooperated with the authorities. Hansmeier initially fought the charges, but accepted a defence agreement last August.

The judge ordered Hansmeier to pay the victim $1.5 million in damages.

According to the Minneapolis Star Tribune, Hansmeier hardly defended himself during the lawsuit. "I'm looking forward to leaving it behind," he said.

Related news
Paul Thurrott believes that the Windows UWP app has failed and is about to die
Paul Hansmeier, a lawyer who blackmailed pornographic downloaders, was sentenced to 14 years in prison
Hot news this week
Challenge the fierce rival Intel amd Su Zifeng: This is just the beginning!
Musk is going to blow up the rocket tomorrow
Huawei mate XS Ministry of industry and information technology access: equipped with Kirin 990 5g, better hinge / screen
Can't OEM 16nm chips for Huawei? TSMC: hard to estimate but ready for changes in export control at any time
Samsung Galaxy a71 5g exposure: equipped with exynos 980, square four shot
Magic mobile phone protection shell, match 20 Pro for sale, match 30 Pro for second change
NetEase cloud music and station B could be the only two accidents
Unsealed Taobao account in 980: no malicious refund
TSMC denies being pressured by the us to set up factories in the US: there is no final decision at this stage
Samsung Galaxy a71 5g exposure: cheap "note10" with exynos 980 and square four shot
The most popular news this week
NetEase cloud music and station B could be the only two accidents
Microsoft CEO: technology companies should protect data privacy just like human rights
CAAC: no refund fee for air tickets from 0:00 on January 24
President of Xiaomi International: Xiaomi still wants to enter the US market dominated by apple and Samsung
Over 80 million yuan of contract has been awarded to golde infrared for the application of self-developed chips in the prevention and control of pneumonia
Huawei Developers Conference Announces Extension: Change to Live Online as a New Pneumonia Epidemic
Microsoft chromium edge stable edition ushers in the "new tab" after function improvement
Huawei P40 Pro toughened film spy exposure: the effect of increasing screen curvature is worth looking forward to
DxOMark announces iPhone 11 score: 109 points, just equal to Huawei P20 pro of the year before
Google and Mozilla are sending cake to Microsoft's new edge team