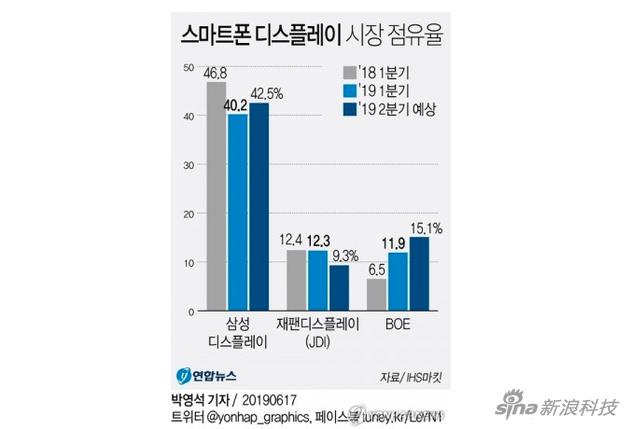 andJD.COMFang became the biggest winner, almost doubling its share to 11.9%. According to IHS's forecast, in the second quarter of this year, Beijing Eastern will easily surpass JDI and become the second-in-command of the screen market.

IHS Markit's data have also changed the entire display market, and Samsung's main reason for staying ahead, according to analysts, is that it has sold a lot of Non-Flagship intelligence.Mobile phoneOfOLEDPanel. 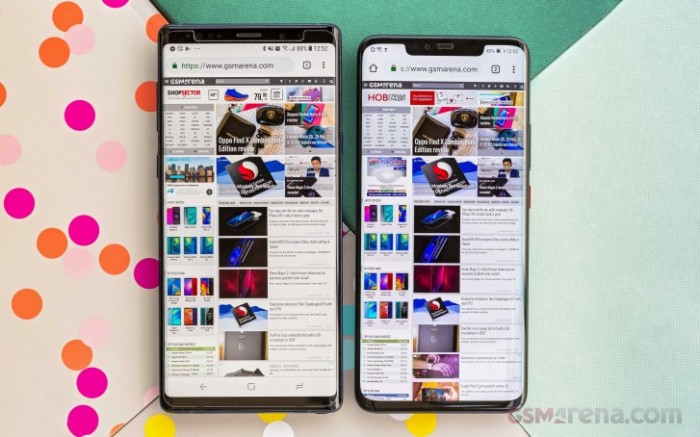 According to past experience, mid-end smartphones are the real volume products, and this year many companies began to try the fingerprint technology under the screen, and put this technology to mid-end products, which led to the demand for OLED screens.

No one can challenge Samsung's status if we don't count LCD panel and just talk about OLED panel. The company sells more than 80% of OLED panels.

Related news
Chinese companies plan to increase production of OLED panels
The size of the OLED screen must be eaten by Samsung? I don't know if LGD will panic.
IHS: Samsung is still the dominant screen supplier with fingerprint-driven OLED growth
IHS: iPhone shipments decreased by 15% in the second quarter. Apple market share was fourth.
Why is the OLED screen all over the mobile phone and the display almost invisible?
Hot news this week
***
Taobao responded that the user account was disabled in 980: too many refunds triggered the regulatory mechanism
Samsung will invest more than $5.7 billion in NAND flash chip production line in hanzeng
Samsung global starting Intel Lakefield 5 core processor :10 nm 22nm mashups
Huawei TSMC hired two white house lobbyists for its second largest customer
New screenshot of microsoft flight simulation focuses on Boeing 747
Combination of Wi Fi 6e and Bluetooth 5.2! Qualcomm announces the fastest wireless solution in the world
The first millet mobile phone in India! Xiaomi, head of India, remembers Mi3: the first sale of secku's e-commerce system collapsed
Not only Huawei Kirin 710 domestic 14nm, but also the second customer: USB 3.2/pcie 3 all in one
Lenovo small new pro 13 sharp dragon version uses phase change silicone grease: CPU copying machine is stable, 35W performance is improved by 4%
The most popular news this week
ZTE axon 11 4G quietly launched: equipped with MediaTek p70 168g
NASA spacecraft captured the amazing view of comet atlas speeding past the sun
"Online game anti addiction system and real name authentication service protocol" appears on the page of steamdb
One click uninstallation of Chinese apps: farce or real crisis?
Tesla's autopilot has to step through these pits before it can "roll over"
The first one in the Galaxy: this software can control the iPhone freely on the computer
LETV: the company's shares will enter the delisting consolidation period from June 5
Claims over $5 billion! Google's traceless model has been sued for violating millions of users' privacy
Microsoft confirms Xbox series X will launch in Japan
Behind apple tmall's "unprecedented": survival or change?