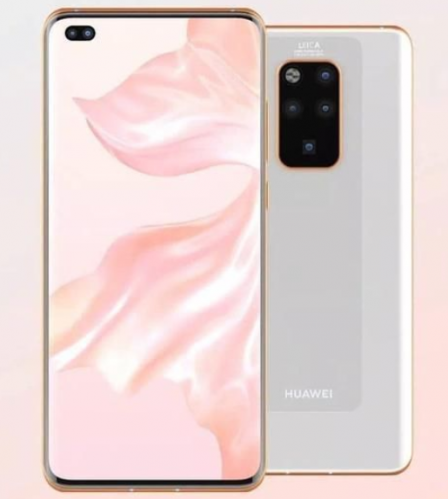 According to the latest renderings of the foreign media,HuaweiMate30 Pro will continue to adopt fourSurfaceThe fuselage design has a double-curved screen on the front, and a double camera is arranged in the upper left corner of the screen. The border and the chin are extremely narrow, and the screen ratio is very high. On the back of the fuselage, the machine will still have a rear four-camera module, and the layout has also changed a lot, so that the front square module becomes a rectangular layout.

In addition, foreign media also said that Huawei Mate30 Pro will be equipped with a new generation of flagship processor - Kirin 985, the chip is manufactured by TSMC's second-generation 7nm EUV EUV lithography process, FC-PoP packaging process, continue to integrate 4G baseband, but 5G baseband can be plugged in like the Snapdragon 855 to achieve 5G networking. 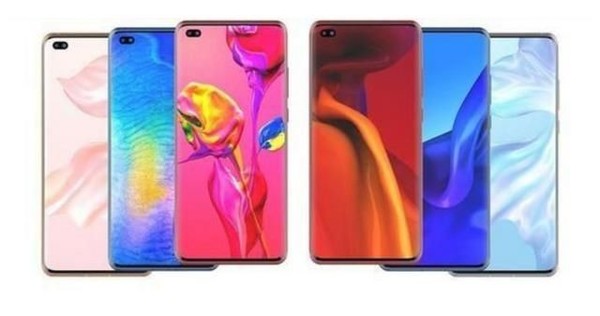 In other respects, according to previous exposures, Huawei Mate30 Pro will use AM with a refresh rate of 60Hz.OLEDThe screen, rear Leica four shots, support 5x optical zoom and up to 50 times digital zoom, battery capacity is 4200mAh, support 55W super fast charge.

It is reported that the brand new Huawei Mate30 series flagship will be unveiled in September, and will still provide two models, Mate30 and Mate30 Pro. It is said that the aircraft will also be equipped with the recently-watched Hongmeng operating system, which is much faster than Android. . For more details, we will wait and see.

Related news
Huawei Mate 30 Pro latest renderer exposure: front, double, rear, fou
Huawei's annual flagship Mate 30 Pro is showing up. It's both surprising and disappointing.
Comparisons of Phone 11 Pro vs. Huawei Mate 30 Pro Cameras
Hot news this week
Britain and China are discussing involving Chinese enterprises in the construction of high-speed rail in the country
New patent exposure of magic mix alpha millet: screen accounts for over 100%
Foreign netizens talk about Xiaomi 10: half cheaper than Samsung S20 with similar configuration and reasonable price
Data shows that global wafer production capacity is monopolized by Samsung TSMC and other manufacturers
Huawei: no cooperation with crypto Ag and other companies under the control of CIA
100% full screen? Samsung Galaxy note 20 first exposure: or in July
Global wafer capacity is monopolized by Samsung TSMC and other domestic CPUs / memory, which is too difficult
Xiaomi 10 series international edition will be postponed after MWC is cancelled
Amazon employee No.1: the giant is unstoppable, but there is evidence for the split
Alipay combined with a number of service providers push support plan catering businesses can get free online business services.
The most popular news this week
US scientists announce the key step to create the first new coronavirus atom map for vaccine development
Huawei announced 91 5g contracts and will invest 20 million US dollars to support 5g applications
10 years after its launch, Sony closed its official mobile phone website and Forum
Huawei releases 20205G new products and solutions Obtained 91 5G commercial contracts
Xiaomi's products are on sale: from 4999 yuan
Huawei has 1.3 million HMS ecological developers
Maybe Kirin 820, Huawei's official announcement will launch a new SOC
Microsoft has begun testing new windows 10 color icons: that's it
Invitation letter of Xiaomi 10 conference not delivered in time: detachable micro satellite model
AMD's 3400G processor goes up 20% against market price