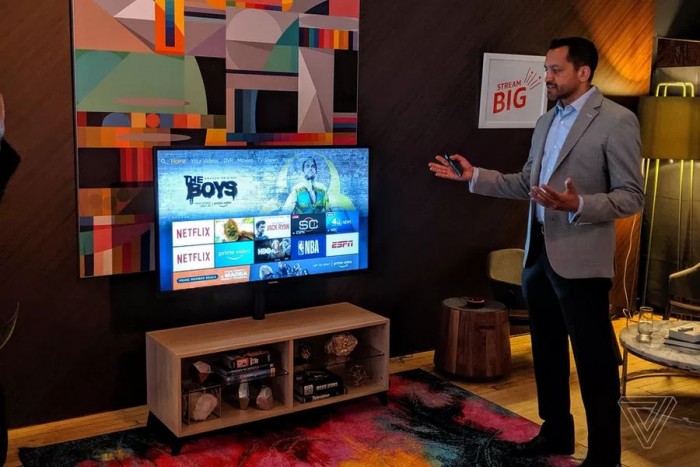 Dolby Vision is an image quality technology developed by Dolby Laboratory in the United States. It improves image effect by increasing brightness and expanding dynamic range. It can improve the fidelity of video signal, so that the image can be very realistic in terms of brightness, color and contrast.

Dolby horizon is considered superior to HDR 10 because it can adjust image quality scene by scene rather than enabling a set of parameters to be applied to the whole program or movie as HDR 10 does. At present, Dolby Vision and Dolby Atmos are widely used in high-end intelligence.televisionIn China, but also gradually into the entry-level television. Amazon did not discloseToshibaThe peak brightness level of the suit, but you can be sure there will be a significant decline compared to the modern $1,000 TV.

Sandy Gupta (Sandeep Gupta), vice president of development at Amazon Fire TV, said: "We work closely with Best Buy and Dolby to build a good TV for our users." Amazon said it has sold more than 20 Fire TV versions of smart televisions since June last year, with Best Buy, the exclusive retailer in the United States and Canada, playing a very important role in the partnership.