June 25, in response to the report of Ox air conditioning,Yesterday, the public of Gree Electrical Appliances wrote that they would fight to the end.

On June 10, Gree Electric reported to Ox in its official micro-blog real name that the energy efficiency ratio and refrigeration consumption power test of Ox air-conditioning multi-model products were not qualified. In fact, as early as early as this year, Gree had reported to various departments the suspected fraud of Oaks.

Grey reported Oaks, which is not only the competition between enterprises, but also the moral choice for enterprises. If it is lower than the national standard, it will be unqualified products or illegal products. We dare not speak out, how to promote the progress of the industry? What is the bottom line of a business as a person? conscience! 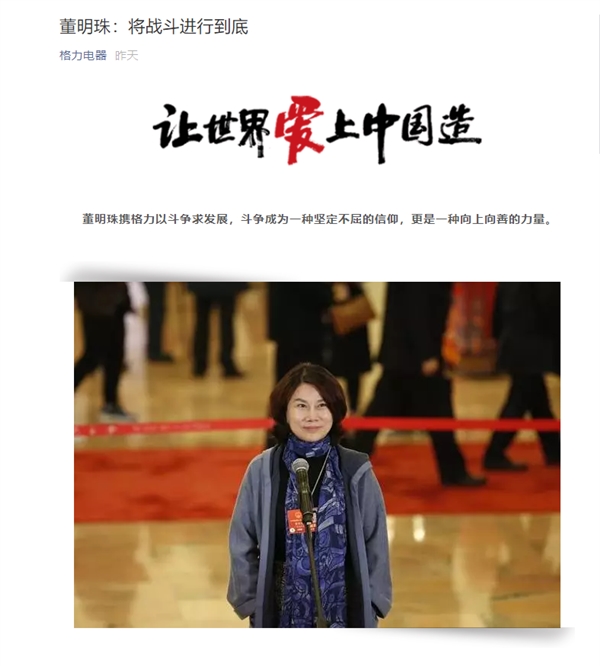 It is mentioned that in a speech, Dong Mingzhu opened his heart:I am aggressive, but I fight for truth and dreams! I may also have the day of tears. But tears can't solve the problem. The only way is to fight.

The article also said that in June 2019, Gree publicly reported that eight models of Ox air conditioners were suspected of falsifying and energy consumption was not up to standard. It's not Gree and Ox's.

On the evening of June 12, Gree Electric Re-issued a notice that our company will continue to purchase air-conditioning products produced by Ox Air-conditioning Co., Ltd. through various channels, and through its own laboratories, authorized third-party authoritative testing institutions and free of charge to any qualified institutions for testing, welcoming the supervision and witness of all sectors of society. _