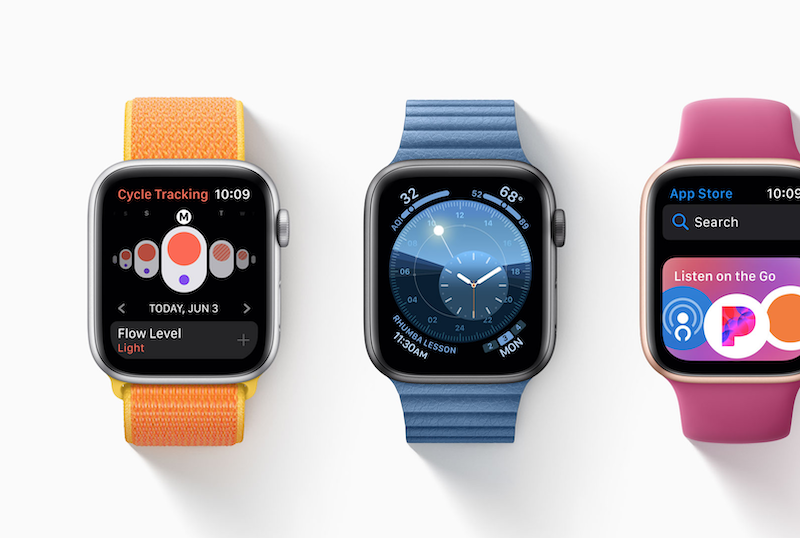 So far, Apple hasn't acknowledged the existence of Apple Watch Series 5, let alone expected it to tell us about it. Apple seldom talks about its future products before they are officially released. Next, we will gather your expectations and current credible rumors to share a wave of news about Apple Watch Series 5.

So far, every Apple Watch has been released during Apple's autumn launch in September, except for the original Apple Watch, which usually comes after the launch of the new iPhone. After all, in terms of product nature, it is an accessory to the iPhone, so it makes sense that its release and updates follow the pace of the iPhone. So it's not surprising that Apple's Watch Series 5 will probably be released in September, again after Apple introduced the new iPhone.

Throughout history, the price of Apple Watch has been varied. Early Apple Watch was $349 and $399, respectively (38mm and 42mm specifications). Apple subsequently launched both Apple Watch Series 1 and Series 2. Series 1 replaced the original series with a low price of $249/269. Series 2 basically maintained a price gradient, starting at $369/399. The price of Series 3 has changed. The GPS version costs only $329 / 359, while the cellular data version increases by $70. Then Series 4 raised the price of the series again, this time at $399 / 429 and the honeycomb version at $499. 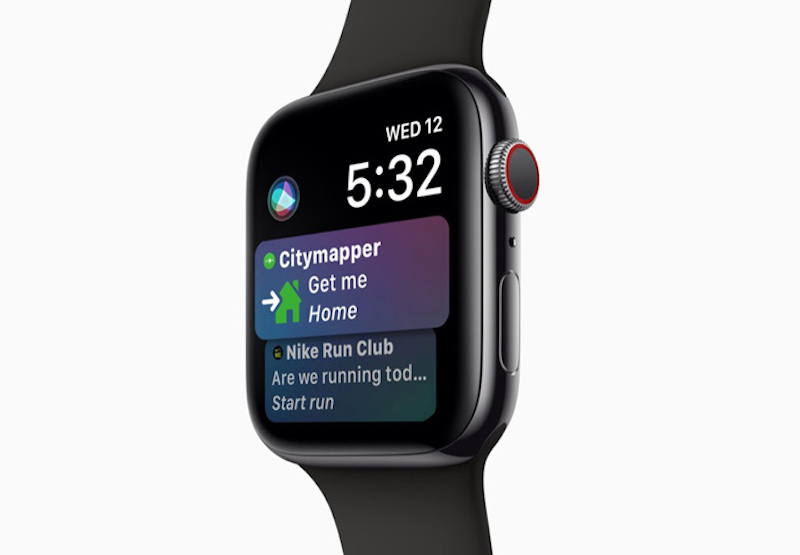 There is no fixed price pattern for Apple Watch, and it's hard to predict how Apple will price the new Apple Watch. Recently, Apple has been raising the price of its watches, and Apple Watch Series 4 has no price advantage (although it is firmly the number one smart wearer in the market) because the high price of its flagship iPhone should make it controversial. If Apple wants to start adjusting its pricing strategy appropriately in 2019, a series of new products may be able to lower their prices.

At the current normal level, we assume that Apple Watch Series 5 will keep the price of the previous generation release at around $399 / 429, float up and down by $20, and increase the cellular version by $70. After the release of the new product, Series 4 will remain on the market in the same way as before.

Apple has just updated the design of Apple Watch. On Series 4, we see larger dials, thinner body, rounder corners, and new crowns. The old strap is still suitable for Series 4, but in fact because the Series 4 dial is slightly larger (40mm and 44mm), it is not a perfect match for the old strap (38mm and 42mm), which makes the old users feel a little congested. We don't think Apple is likely to change its design so quickly, so Series 5 basically follows Series 4's look, but there will be some minor differences, such as slight changes in thickness and crown/button. 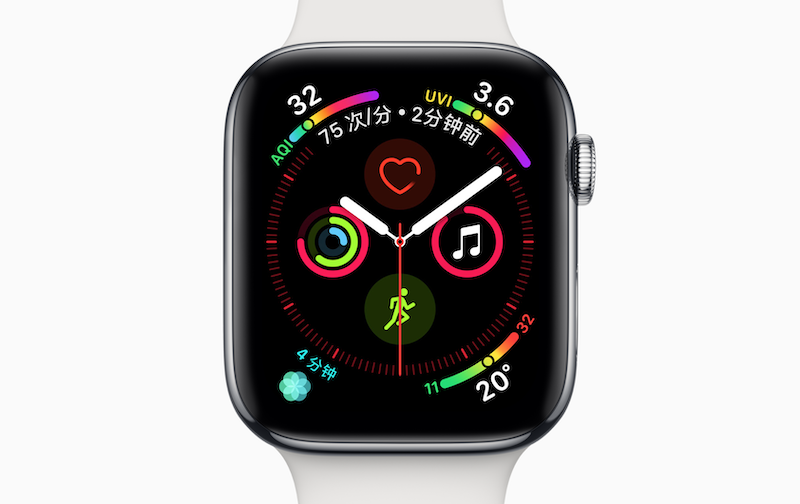 Apple has brought many new features to the new system watchOS 6, which of course also applies to Series 5. But it's hard to predict what new hardware features the new Apple Watch will have. Because the new generation of Apple Watch will always have some exclusive health features, such as Series 4 with electrocardiogram and fall alarm, we expect Series 5 to continue to maintain such a little superimposed surprise. 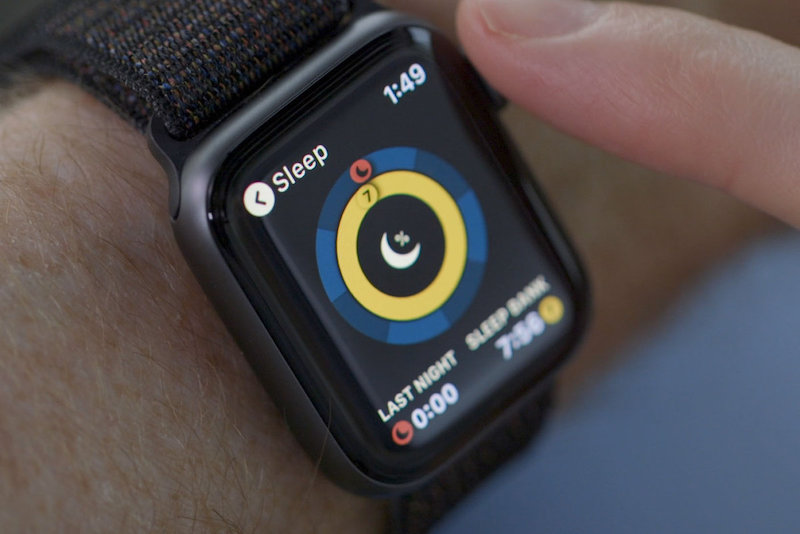 So what new features will be added this time? The current focus is on sleep tracking. According to Bloomberg, Apple is seeking to incorporate sleep tracking into its watches, something its competitors are already doing, but the report says that independent sleep tracking needs to be matched with 2020. In addition, the function of testing blood sugar and blood pressure has also been mentioned, but for the time being, it only exists in the laboratory stage. They may appear on later models, or they may never appear on the market. 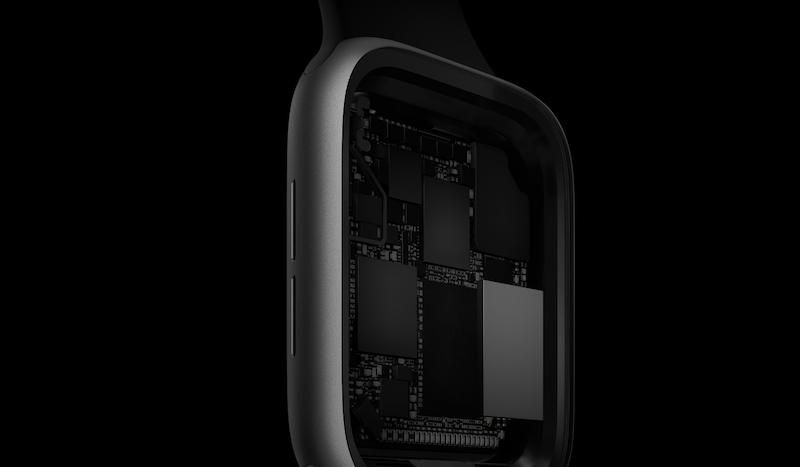 We should also pay attention to the updating of Apple Watch chips, each with a new system chip (SoC) to provide faster performance and better battery life. Our higher expectations for new watches also come from this. Apple Watch Series 5's self-developed chip may be called S5. Further optimization design for 64-bit dual-core will bring powerful speed and sensor processing capability. Of course, it will also make Apple Watch more independent.

Related news
Apple Watch Series 5 Relevant News Stocktaking
Apple Watch Series 5 leaks: or supports blood pressure measurement
5 reasons not to buy the Apple Watch Series 7
Apple launches Apple Watch Series 6 Black Screen Problem Repair Plan
Gurman: The Apple Watch Series 8 will have a temperature sensor
It is reported that Apple Apple Watch Series 8 Standard Edition will not be redesigned
Apple Watch Series 8 Pro may be "Apple Watch Series X"
Hot news this week
China has found 35 known cases of the new zoonotic virus Langya
Losses in a single quarter of $ 23.4 billion a record, SoftBank did not carry the plunge of technology stocks and the devaluation of the yen
The prevention and control of the American Monkey epidemic has failed. What should I pay attention to?
Is the micro -business headache? WeChat friends are suspected to have a big move: 7 can only be posted a week
Kuaishou launched a self-developed cloud intelligent video processing chip: The chip has been streamed successfully
The new product of Xiaomi MIX is coming: both internal and external dual -screen has been upgraded to make up for the previous generation.
A new zoonotic virus, Langya, found in China has not yet been confirmed to be transmitted from person to person
Ministry of Public Security: Single telecommunications network fraud continues to cause 40 % of all electrical fraud cases
Special price "kill ripe"? Bike-sharing platforms have different prices for the same package for different users
A tech company in Shanghai has been fined 220,000 yuan for swiping orders to improve its ranking on Yelp
The most popular news this week
Yuyuki Kobayashi joins NetEase game! He worked on Devil May Cry 4 and Resident Evil 4.
Cyber violence governance needs the concerted efforts of all sectors of society
WeChat releases a new specification for the public account avatar setting, and the official news reminder is prohibited
After the U.S. chip bill takes effect, the manufacturer's snatching subsidy war is even more intense
Thousands of flights in the United States are delayed or canceled: User collapse extreme weather is frequent
Off the shelves one after another! The Sogou search App followed in the footsteps of Sogou Map
Xiaomi MIX flagship top with price reduction: consistent with the price of 12S Ultra
Semiconductor industry burst! Us Orders' Mother of All Chips' banned
Tesla suddenly accelerated out of control into a wall tragic: the owner of the right pedal and drive assistance
Lei Jun was splashed with cold water