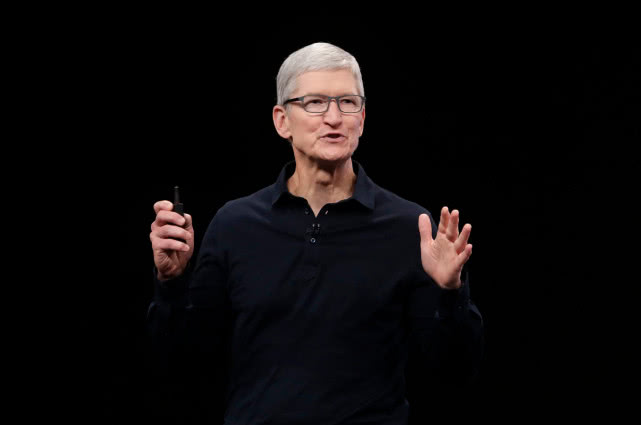 Apple has hired a top chip engineer from ARM Holdings, a leading British chip design company. The iPhone maker wants to extend its chip development to more powerful devices, including laptops and new products such as Bluetooth headsets.

According to foreign media reports, Apple recruited the ARM company named Mike · Mike Filippo, according to Fei Libo's personal information on white-collar social network LinkedIn, Apple hired him as a chip designer in May this year.

During the ARM period, Fei Libo was the chief engineer of chip design. ARM's chip design solutions are available to external chip designers and manufacturers to bring their own branded mobile processors for smartphones, tablets and more.

It is reported that ARM, which is affiliated with Japan Softbank Group, currently provides technical licenses for chip development work of Apple, Samsung Electronics, Qualcomm and Huawei Technologies Co., Ltd.

Prior to joining ARM, Fei Libo was a key chip designer for personal computer processor manufacturers AMD and Intel.

At present, ARM confirmed the news of Fei Libo's departure, but Apple has not yet commented.

A spokesperson for the ARM company in the UK said: “Mike is a long-time important member of the ARM community. We thank him for all his efforts and wish him all the best in his next effort. ”

According to foreign media reports, for Apple, this technical talent may help fill the vacancies left after Gerard Williams III's departure earlier this year. Williams is the lead designer for Apple's iPhone and iPad chips.

According to reports, Apple's series of chips use ARM technology to power their mobile devices. However, Apple's laptops have purchased Intel's processors, which has been around for 20 years.

Apple launched a plan a few years ago to replace Intel chips in notebooks with ASIC-based processors in 2020. Ferribo's experience with more advanced chips such as servers will help achieve this goal.

According to foreign media reports, the company also plans to expand its internal chip manufacturing business to a new device category, such as a helmet product that can be combined with augmented reality and virtual reality.

In the past, Apple's A-series application processors for smartphones and tablets have been a huge success, and the powerful processor has become a selling point for Apple's consumer electronics. Later, Apple invested more research and development funds, expanded its own chip business, and began to design more chips, such as some chips used in wireless headphones.

Previously, after Apple and Qualcomm reached a settlement, Intel, which has long provided Apple with a baseband processor, announced its withdrawal from the market. It is reported that Apple once negotiated the acquisition of Intel's baseband processor business, but did not succeed. Recently, Intel Corporation has begun to transfer intellectual property rights such as technology patents related to baseband processors.

According to reports, for Apple, the expansion of its own chip research and development, not only can significantly reduce the cost of parts procurement, but also can grasp the pace of development, so that each year the newly upgraded consumer electronics equipment is equipped with the latest technology chips and processors. (Tencent Technology Review / Cheng Hao)

Related news
ARM released a new architecture CPU, GPU and AI core, Huawei will miss
Apple digs a chip designer from ARM or is responsible for developing a computer CPU
Will ARM develop a high-performance CPU core for Apple instead of a laptop x86 processor?
Arm pushes "chicken blood" project flagship smartphone CPU battle: performance list to be shuffled
ARM CPU will drop support for 32-bit computing in 2022
MacBook with self-developed Apple Silicon chips or release next month
Detailed evaluation of Apple silicon M1 MacBook Air
Apple M1 performance reviews out power and speed x86 competitors
Apple M1 chip: breaking Antu rabbit record with score over 1.1 million
Hot news this week
The developer of the dating app Tinder has reached an agreement with Google over billing rules for its app store
Still did it! Canada has banned Huawei and ZTE from participating in the country's 5G network on "national security" grounds
Red Elf Lightning erupts in the Himalayas Spectacular Spectacle: Experts Reveal What Exactly Is This?
The founder of the Internet Quick Hand Su Hua was taken away for investigation, and the fast hand responded: the news was not true
Wang Xiang, president of Xiaomi, explained that a shortage of low-end chips is a major challenge in overseas markets
Or for Studio Display Pro, the release of Apple's 27-inch Mini LED-backlit Display has been delayed by October
Tencent Q1: The business service business has "slightly decreased" year -on -year, and resource centralized video cloud and network security | View financial report
One picture to understand! Blue Factory has issued 3 new machines in a row: self-developed chip blessing, the narrowest lower border
Sony released the active noise-canceling headphones WH-1000XM5, equipped with 2 chips and 8 microphones
Tencent established a smart technology company in Chengdu, and its business scope includes Internet data services
The most popular news this week
The founder of Xiaopeng Auto! He Xiaopeng uses "Keda Duck" to ask for help online
Not afraid of merchants "first rise and then fall"! 618 Taobao launched a new feature: one-click refund of the price difference
How does the Internet make People Copy each other
Fed Vice Chairman: The future digital dollar may complement the coexistence of stablecoins and commercial bank currencies
ZHANG Pingan, CEO of HUAWEI CLOUD: The value of data governance in China has not been fully tapped Data and AI should be accelerated
Shenzhen Atmosphere! The sales price of mobile phones, computers and other products is subsidized by 15%
Microsoft shows third -party components: Win11 chicken rib function is saved
No need to grab it! Sony announced an increase in PS5 shipments
Audi advertising poster photos only sell for 8 yuan? Photographers question the unreasonable use of the photo purchase
Twitter spent $150 million to settle privacy and security lawsuits with the U.S. government