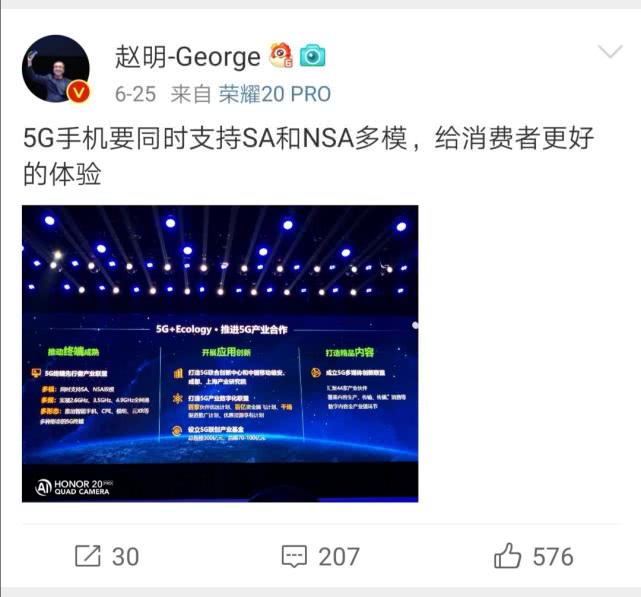 In addition, Zhao Ming also revealed that Glory Society is committed to providing dual-mode 5G mobile phones supported by both NSA and SA. This product will be commercially available in the fourth quarter of this year, and has been tested and verified in the early stage.

It is reported that during the Shanghai Station of the World Mobile Congress in 2019, China Mobile, China Telecom and China Unicom successively declared that NSA was only a transitional scheme for 5G commerce, and that SA independent networking was the ultimate direction.