Why does Alibaba want to go public in Hong Kong?

This will be Alibaba's third listing. 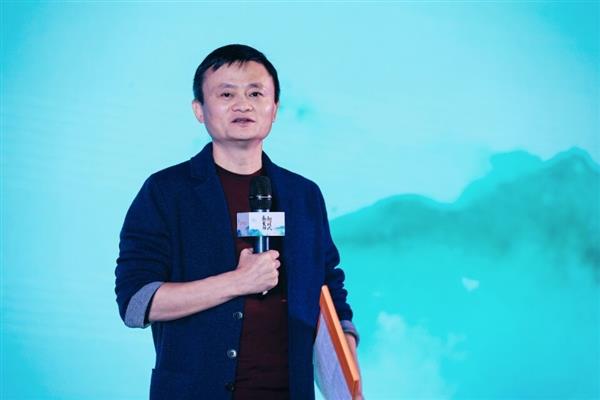 In 2007, Alibaba B2B Company listed in Hong Kong. Since its business continued to expand, it is necessary to pack the whole group business after delisting. However, because HKEx does not support Alibaba's proposed ownership structure of "different rights with the same shares", HKEx and Alibaba have lost hands. In 2014, Alibaba Baden's U.S. stock market, with a total amount of $21.8 billion, once became the largest IPO in U.S. stock history.

In order not to miss out on more new economic companies, HKFE President Li Xiaojia initiated the reform. The controversy over whether "different rights with the same share" can be implemented lasted for three or four years in Hong Kong's financial circle. On April 30 last year, the revised Listing Rules on the main board of the Hong Kong Stock Exchange came into force, and Hong Kong formally opened its doors to companies with different ownership structures.

In January this year, Hong Kong Chief Executive Zheng Yue-e made an invitation to Alibaba at an event. Ma Yun gave the answer: "We will seriously consider the Hong Kong market."

On the issue of returning to HKEx, of course, we should give the final groundwork before Ma Yun leaves office.

Hong Kong's image to the outside world has always been rich and advanced. Since the founding of the People's Republic of China, Hong Kong's real estate industry and financial industry have flourished, and a large number of excellent enterprises and entrepreneurs have emerged.

One of the most important reasons for Hong Kong's gradual loss of vitality is that it has little to do with the biggest economic variables of the 21st century, technology and the Internet. Hong Kong needs new vitality, which stimulates Hong Kong's unusual thirst for technology companies and the Hong Kong Stock Exchange for technology stocks.

Li Xiaojia said that the implementation of "different rights with the same shares" is the biggest change since 1993 and a milestone in the history of the Hong Kong Stock Exchange.

Compared with the enthusiasm of the Hong Kong Stock Exchange, Alibaba's willingness to return is not so urgent, but in the long run, returning to Hong Kong for listing also has many benefits for Alibaba.

Investors in Hongkong are more familiar with China Internet Corporation. They are probably Taobao users themselves, and Alipay pays their bills in their lives. In the United States or other Western countries, Amazon and credit cards are preferred, and this natural familiarity will enhance capital markets'confidence and preference for Ali.

In addition, from the data point of view, the U.S. capital market for Alibaba is not as good as the Hong Kong Stock Exchange for Tencent. Referring to Bloomberg data, Alibaba's expected P/E ratio fell by 23 times, far below Tencent's 31 times in Hong Kong. In addition, in recent years, the Hong Kong Stock Exchange's strong demand for science and technology stocks and many deep calls for Alibaba, Alibaba's return will surely usher in enthusiastic pursuit.

As China and the United States compete, the Hong Kong Stock Exchange opens its arms to welcome Alibaba, which happens to provide a harbour for Alibaba.

Whether it's ZTE or ZTEHUAWEIAccording to the experience of these two companies in recent years, it can be said that the United States has long been ready to "regulate" the beginning, as long as the timing is right, it will immediately press the start button. For a country that advocates fairness and openness and transparency, fairness and openness are only aimed at its own enterprises. Foreign companies can be treated unfairly at any time.

And this kind of unfair treatment is like a time bomb for Chinese enterprises. The recent blockade of Huawei by the United States has indirectly led to the stagnation of the company's cooperation in the European market. If it continues, its negative impact will be no less than that of Huawei.SamsungOfMobile phoneSpontaneous combustion.

Not long ago, a bipartisan panel of senators, including Republican Senator Marco Rubio and Democratic Senator Bob Menendez, proposed a bill:

Chinese companies listed in the United States must comply with increasing financial regulations, such as providing audit services, or face delisting.

Looking from the international environment, the relationship between China and the United States is extraordinary. Perhaps for a long time, both sides will inevitably have friction. Under such a background, the prospective stocks listed in the United States are likely to be targeted.

Returning to HKEx is back to a safe zone. At the same time, the return also means that Ali can be closer to its main clients and investors.

Last March, foreign media reported that Alibaba was studying the A-share listing plan. Maybe one day, Alibaba will embark on its fourth listing, and listing in Hong Kong stock market will be a good transition.

Related news
Why does Alibaba want to go public in Hong Kong? Here's the answer!
Why does Alibaba want to go public in Hong Kong?
Alibaba may postpone the listing of Hong Kong shares
Why are Hong Kong stocks listed in Jingdong and Netease back to Hong Kong not a shares?
Hot news this week
Qualcomm lobbied the US government to lift the ban on the sale of components to China
Tencent re racing e-commerce, but does not want to make the next pinduoduo
Wechat in Apple's Google App store may be banned. What if wechat can't be used on iPhone
Tencent's response to wechat ban issued by the United States: under evaluation
Foreign media revealed White House documents: the ban may make apple and Google "off the shelves" tiktok
Xiaomi 10 supreme commemorative edition press conference Lei Jun's live rehearsal
After the sesame seed, Alipay's "financial points" is officially launched: let's see how much you have.
The United States blocked tiktok and wechat one after another: This is the real purpose!
Tencent launched the largest school recruitment in history, and these positions are most popular
Votebymail is dedicated to helping American voters easily apply for postal ballots
The most popular news this week
Intel's new transistor performance improvement is comparable to node upgrade! New golden decade of computing architecture?
How did the company, once banned by the United States, survive the dark hour?
Samsung's next generation wearable devices Galaxy watch 3 and galaxy budds live released in China
Samsung Galaxy note20 series ecological new products released in China
Tencent's "Zhenlong chess game"
Microsoft promises to provide three years of Android updates for surface duo
Understanding Xiaomi's AB side in ten years with 12000 words
Huawei surpasses apple to win the first place
Samsung Galaxy Tab S7|S7 the launch of a new generation of flagship tablets
Samsung launches Galaxy budds live Bluetooth noise reduction headset: from 1199 yuan