Shentong Express: The shareholding of the controlling shareholder is completed. Alibaba officially shares 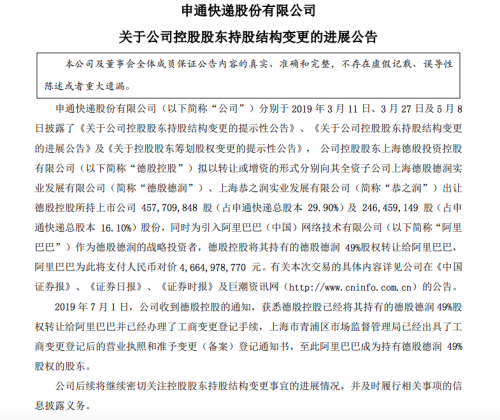