Three abandoned Samsung equipment and transferred to China for 5G 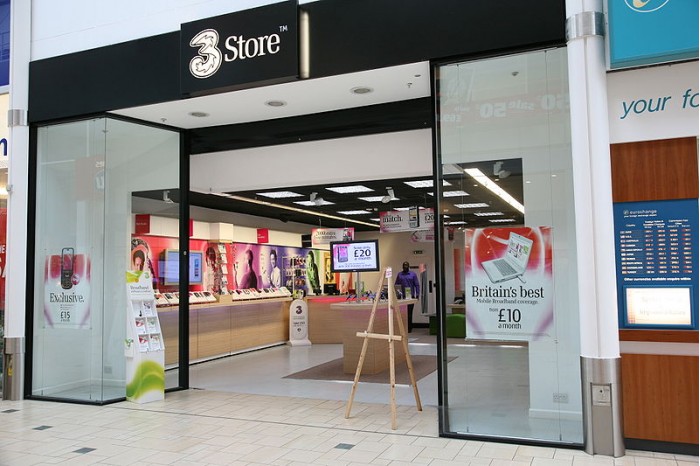 This pair of Three pairsSamsungThe commitment raises doubts: Experts say an operator that builds a "non-independent" 5G network must buy 4G and 5G operating equipment from the same supplier to avoid interoperability issues.

But Three has now confirmed to Light Reading that it isHUAWEIThe contract includes replacing Samsung's 4G network and installing new 5G devices. "Through Huawei's project, we are replacing Samsung's 4G and deploying 5G," said Mike Eales, director of Three's network services strategy and architecture. "In a non-stand-alone situation, 4G supports 5G, so it must be the same supplier. You can't use different suppliers.

Given the security concerns surrounding the company, a heavy reliance on Huawei could be risky. American hardliners saw it as a gateway for Chinese spies and pressed European governments to ban the use of the technology in their 5G market.

The UK government is currently conducting a supply chain review to determine whether Huawei should be excluded from part or all of the country's 5G network.

Shaun Smith, director of the Three 5G project, said that the National Network Security Center (NCSC), which is responsible for security matters, was fully involved in Three's procurement process and that any decision affecting RAN would be "unusual".

"This will damage all operators in the UK in a very similar way," he said. He points out that other UK service providers are also heavily dependent on Huawei's mobile devices. "It's worth remembering that in our topology, our new core is Nokia, which is where all intelligence lies. The radio suite is in operation, which is under the supervision of NCSC.

Considering the trouble and cost of replacing one supplier with another, it is not easy to switch from Samsung to Huawei. Vodafone UK has previously said that replacing Huawei's 4-G devices (about 6,000 of its 18,000 mobile sites use 4-G devices) would cost "hundreds of millions of pounds" and slow down the launch of 5G services in the face of a total ban on 5G networks.

All this shows that Huawei's bid for the RAN contract is very competitive, while Three's executives are not satisfied with Samsung's 5G capabilities.

But senior chief analyst Gabriel Brown said the move was not surprising. In an interview with Light Reading, he said: "Samsung is not really committed to the European market, so when the three companies bid, it is inevitable to be replaced." Samsung's equipment is good, but European operators want local support and supply chains, and it's not big enough on the 4G network to make this investment worthwhile. In addition, the service life of this device is very long, and Samsung's equipment has almost come to an end.

Three plans to launch mobile 5G services in the fourth quarter of this year, and to start business in 25 towns by the end of 2019. Three has about 167,700 mobile sites across the UK.

The company estimates that its vast spectrum reserve, the acquisition of UK Broadband in 2017 with 250 million pounds ($316 million), will enable it to provide 5G services faster and more reliable than its competitors can support. In a recent test in central London, its average download speed on the 5G network increased from 25 megabits per second on the 4G network to 138 megabits per second.

At the end of May, BT's EE business launched commercial services in parts of the UK, becoming the first 5G operator in the UK. Like the third company, Huawei uses 5G devices to support these services, but in less populous areas, it also relies on Nokia as an operator.

Vodafone will launch its 5G service on July 3. The company lists Ericsson and Huawei as its main operators, and Ericsson will take a larger share of the operator business. Earlier this year, Telefonica's O2 also announced plans to launch 5G services by the end of 2019.

Related news
Three abandoned Samsung equipment and transferred to China for 5G
Join hands with Nokia: UK operator Three launches 5G fully integrated cloud core network
Telecom operator Three has launched 5G service in London and started selling Hua5G mobile phones.
British operator Three:5G only uses Huawei to avoid missing out on opportunities
Semicon China: Huawei and Exxon bring semiconductor intelligent quality inspection and measurement solutions
China Cracks Down on Cosmetic Medicine Advertising
Telecom Operators Essential for the Metaverse:China Mobile Chairman
Hot news this week
China has found 35 known cases of the new zoonotic virus Langya
Losses in a single quarter of $ 23.4 billion a record, SoftBank did not carry the plunge of technology stocks and the devaluation of the yen
The prevention and control of the American Monkey epidemic has failed. What should I pay attention to?
Is the micro -business headache? WeChat friends are suspected to have a big move: 7 can only be posted a week
Kuaishou launched a self-developed cloud intelligent video processing chip: The chip has been streamed successfully
The new product of Xiaomi MIX is coming: both internal and external dual -screen has been upgraded to make up for the previous generation.
A new zoonotic virus, Langya, found in China has not yet been confirmed to be transmitted from person to person
Ministry of Public Security: Single telecommunications network fraud continues to cause 40 % of all electrical fraud cases
Special price "kill ripe"? Bike-sharing platforms have different prices for the same package for different users
A tech company in Shanghai has been fined 220,000 yuan for swiping orders to improve its ranking on Yelp
The most popular news this week
Executives' stole 'chip technology to set up a company and sold it to employers for 1 billion yuan
The total sales volume of PS4 may set 117.2 million units currently ranking fourth in sales machine sales
MacOS Ventura feature page removes third-party app 'Hide My Email'
Yuyuki Kobayashi joins NetEase game! He worked on Devil May Cry 4 and Resident Evil 4.
Cyber violence governance needs the concerted efforts of all sectors of society
WeChat releases a new specification for the public account avatar setting, and the official news reminder is prohibited
After the U.S. chip bill takes effect, the manufacturer's snatching subsidy war is even more intense
Thousands of flights in the United States are delayed or canceled: User collapse extreme weather is frequent
Off the shelves one after another! The Sogou search App followed in the footsteps of Sogou Map
Xiaomi MIX flagship top with price reduction: consistent with the price of 12S Ultra