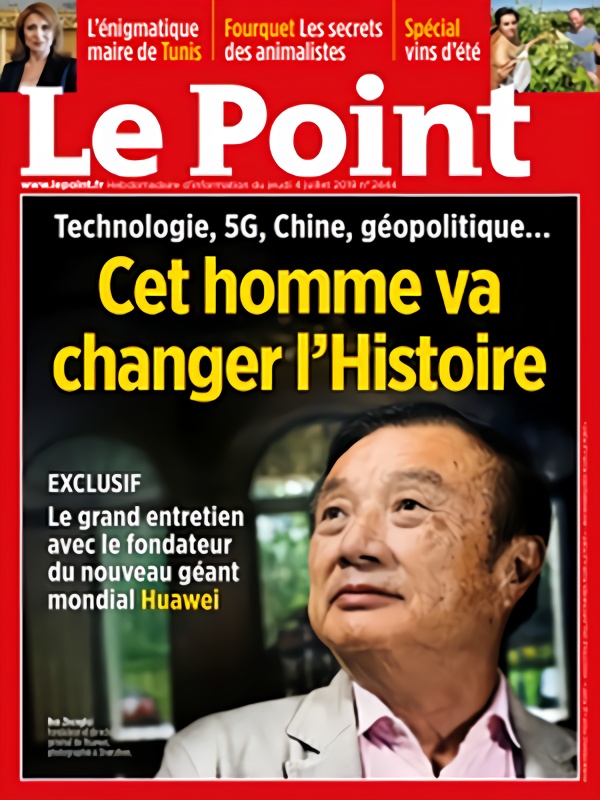 Ren Zhengfei introduced his personal experience in an interview andHuaweiThe development process and direction. At the same time, he responded to Western countries' concerns and doubts about Huawei and national security.

In an exclusive interview, Ren Zhengfei revealed that Huawei's self-developed operating system “Hong Meng” was designed to be applied to a variety of devices, which confirmed previous rumors. Ren Zhengfei said: "The operating system we are developing can be combined with printed circuit boards, switches,router,intelligentMobile phoneAnd data center and other compatible. ”

For Hongmeng system, Ren Zhengfei said, “The system has a processing delay of less than 5 milliseconds. It will be perfectly adapted to the Internet of Things and can also be applied to autonomous driving.” Ren Zhengfei pointed out: “We built this system in order to be able to connect all objects simultaneously. This is how we move towards a smart society."

Was asked whether "Hong Meng operating system is better than Google's Android (Android) orappleIs the Mac OS X system faster? "On this issue, Ren Zhengfei gave the answer cautiously: "very likely" and gave a technical argument. According to a previous report, Huawei's operating system is 60% faster than Android.

However, Ren Zhengfei also admitted that Huawei has made a big mistake in competing with Google and Apple: "Compared with Apple's operating system or Android, we still lack a good application ecosystem." In order to solve this problem, Ren Zhengfei Said that Huawei is already working on the development of Android and Apple App Store alternatives and trying to attract developers.

On May 15 this year, the US government listed Huawei as an “entity list”. US companies need special permission to sell and transfer technology to Huawei. Since then, Google announced on May 20 that Huawei will be discontinued to update Android, which means that Huawei can only use the public type of Android operating system in the future, and can not get updates of Google Android operating system. Subsequently, it was reported that Huawei's own operating system, Hongmeng, had already started research and development, and it has been tested in some parts of China. It is expected to be listed soon.

At the just-concluded G20 summit, Trump softened his position on Huawei and announced that it would allow US companies to sell technology products to Huawei. However, Huawei said on July 1 that it is waiting for the US Department of Commerce to release the guidelines for the re-use of Google Android operating system on its newly launched smartphone.

Related news
Ren Zhengfei accepts an interview with French media: Huawei operating system Hongmeng will be 60% faster than Android
Ren Zhengfei said that Hongmeng system is faster than Android
Huawei Lianghua: Hongmeng system is not a gimmick. It can be used on mobile phones when necessary.
When can Huawei Hongmeng system be used on mobile phones? Ren Zhengfei: can't do it in a short period of time
Huawei, shanghongmeng
Hot news this week
***
Samsung will invest more than $5.7 billion in NAND flash chip production line in hanzeng
A wallpaper makes Android phones crash: it's the color gamut
Huawei TSMC hired two white house lobbyists for its second largest customer
Xiaomi 618 many new products presale redmi display 1A 23.8 inch price 499 yuan
India mobile Q1 shipments out! Domestic mobile phone dominates Samsung's list
In tmall's selling of sexy products, the sales volume is more than 1 billion yuan. How can I achieve this?
The essence of business war is to match resources
Tesla's autopilot has to step through these pits before it can "roll over"
LETV: the stock will enter the delisting consolidation period from June 5, 2020
The most popular news this week
Huawei huge cup P40Pro ：3 bright spot
Can mobile SOC's strongest disruptor join AMD and continue yes on the mobile terminal?
What a comprehensive screen! Xiaomi foldable mobile phone patent: mass production in the second half of the year?
Foreign media: TSMC, Samsung and other manufacturers will not fall victim to the US ban
Pizza Hut is being collected! Netizens only spend 3289 yuan to buy 10 high-end Xiaomi
LG introduces a new 27 inch display: 2K screen can rotate at any angle
The loyalty and the plan of collecting electricity in the four stands
3 flagship samsung Galaxy Note 20Ultra released august 5th
Wang Teng: the average price of millet increased by 10, but there was no profit
Tencent's 500 billion plus yards of new infrastructure, the layout of key towns in East China has begun