How many of these technologies have you seen from NASA? 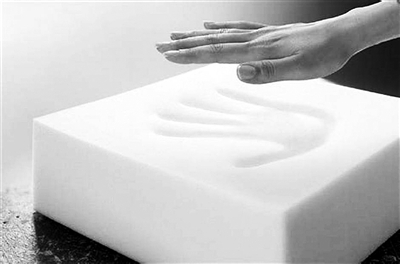 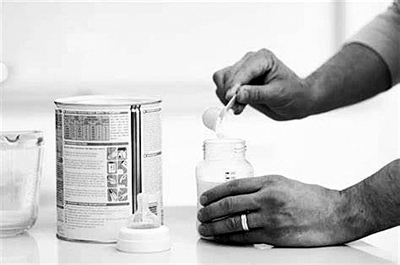 Aerospace gives people a special feeling of "high cold", which is an advanced fighter, a majestic space station, which cannot be seen, touched, or used by ordinary people.

A few days ago, the well-known US website “GOBankingRates” took stock of 25 technologies from the National Aeronautics and Space Administration (NASA) in our daily life, all of which we “snap and wear”. They come from distant sky, but they are convenient for our daily life.

Currently, more than 90% of infant formula in the United States contains microalgae. Originally a product of NASA research, the aim of the study was to test the potential use of algae as a “recycling agent for oxygen in space travel”.

Freeze-dried fruit is a common snack. But NASA's goal of developing freeze-drying technology is to make the fruit in the “Apollo” task easier to carry, which can maintain 98% nutrition at 20% quality.

The comfortable memory foam mattress can fully fit the human body and relieve stress, which is a must for many families. The memory foam was not originally used for mattresses. It was originally developed by NASA to cushion the impact of spacecraft landings on astronauts.

In the 1980s, two scientists from JPL developed a welding spectacles that absorbed, filtered, and scattered the glare from the welding process. Later, the technology was widely used in UV protection sunglasses.

Originally, Black&Decker was commissioned to develop a portable device for extracting samples from below the lunar surface for the “Apollo” and “Gemini” missions. This technology has been improved to become a “cordless vacuum cleaner”.

Insulation and insulation of the space blanket are essential for survival in the wild and marathon. But it was originally developed by NASA to protect spacecraft and astronauts at low temperatures.

In addition, NASA's technology in the joints of space suits has been improved and used in ski boots to improve athletes' ability to control skiing.

In the 1960s, NASA developed an electrolytic silver iodide filter to provide astronauts with clean drinking water, which is now widely used to purify swimming pools.

According to NASA's technology transfer program, civil aircraft can fly in cold weather, mainly thanks to a thermal de-icing system called Thermawing developed by NASA.

Precision GPS technology developed by JPL is installed in many mobile phones, and its data comes from the JPL global GPS receiver network. Even if you don't have a wireless connection, you can still use GPS positioning on your phone.

In the 1970s, Goodyear developed a new tire material for the NASA & quot; Pirates Mars probe for the parachute system. The technology was later used to improve ordinary tires, increasing their lifespan by 10,000 miles.

In the 1990s, NASA asked JPL scientists to create a tiny camera that could be mounted on a spacecraft while maintaining the quality of the camera. JPL says that one-third of mobile phone cameras now use this technology.

According to the Smithsonian National Air and Space Museum, “Grid Compass” was the world's first laptop and was first used in space shuttle missions in 1983, one of NASA's inventions.

According to JPL, a NASA researcher developed a computer mouse in the 1960s to allow users to operate on a computer screen, making the computer more interactive.

Nowadays, many parents use ear thermometers to measure the body temperature of sick babies or young children. JPL says the thermometer uses infrared anatomy invented by NASA and Dietek.

These 25 technologies, there is always one you have seen, touched, used. Aerospace technology can't be used only in high-altitude space. After landing, it will improve our quality of life. This is one of the driving forces for human beings to explore and fly higher and farther.

Related news
How many of these technologies have you seen from NASA?
How many of these technologies have you seen from NASA?
NASA will assist Bezos Musk to develop space technology
NASA: Arctic ice area has decreased by 95 per cent over the past 35 years
According to the report, the NASA Planet Protection Program should keep pace with the times.
Hot news this week
Xiaomi's new keyboard and mouse product: keyboard can't only be used for typing
$101.58 billion! China's integrated circuit exports hit a record high in 2019: processor accounts for 35.1 per cent
Ali, Tencent join the bureau," health code "can really replace the pass?
Opening of AMD's official store: Ruilong Limited gift box $150
Novel coronavirus pneumonia CDC may be followed by China's suspension of work and suspension of school
Here comes the 7 nm sharp dragon! Lenovo released ideapad slim 7 amd version on the US official website
"Cloud conference" is coming! Suning will broadcast Huawei new product conference live: held online on February 24
Samsung TV's global sales volume is the first for 14 consecutive years: qled is twice as big as LG OLED
Alipay's 240 thousand living materials rush to Wuhan, including 70 thousand packets of diapers / sanitary napkins, etc.
Climate change may dry up this river in the United States. Millions of people will be seriously short of water
The most popular news this week
Apple's new patent: Auto unlock iPhone with AR helmet or smart glasses
Google Earth can finally be used in browsers other than Google Chrome
Wechat's video exploration further
The world's first mobile phone supporting the Indian version of "Beidou": realm X50 Pro
Ali AI assisted the judge to complete the Internet trial in 30 minutes
Huawei's multi screen collaboration is open to third-party PCs: the first batch supports Lenovo, Dell and HP
Tesla fell more than 5% in the first half of the trading session, and the number of new car registrations in China fell by 46% in January
Samsung Galaxy Z flip evaluation: the new direction of folding screen, will "bend" to play
Affected by the epidemic, gas masks ranked first on the best-selling list of Amazon automotive products in the United States
25 seconds sold out! Samsung Galaxy Z flip