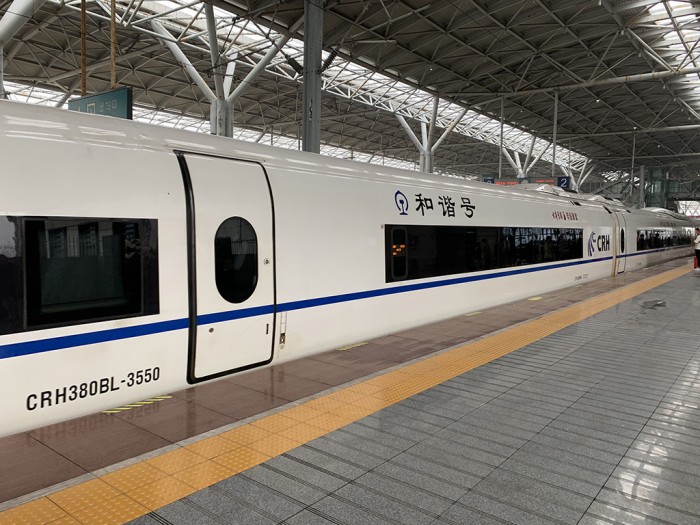 Ruizer, Director of China Bureau of the World Bank, said: "China has built the world's largest high-speed railway network, which has a far greater impact than the railway industry itself. It has also brought about changes in urban development patterns, tourism growth and the promotion of regional economic growth. The general public can now travel in a more convenient and reliable way than ever before, and the construction of the high-speed rail network has laid the foundation for reducing greenhouse gas emissions in the future.

Based on the experience of research and loan projects and relevant studies in China, some main experiences and practices are summarized for other countries considering investment in high-speed rail construction.

The report considers that a key factor in China's high-speed rail development is the formulation of a long-term comprehensive plan, which provides a clear framework for the development of the high-speed rail system. China's Medium- and Long-term Railway Network Planning looks forward to the next 15 years, and coordinates with a series of five-year plans. In China, high-speed rail has a competitive advantage over automobiles and airlines in 1200 kilometers. Ticket prices are only a quarter of the basic fares of other countries. It is very competitive, so that high-speed rail can attract passengers from all income groups, with a passenger volume of more than 1.7 billion a year. Less populous countries need to carefully select routes to balance the broad economic and social benefits of improved connectivity with financial viability.

A key factor in cost control is the standardization of design and procedures.The construction cost of China's high-speed railway network averages $17 million to $21 million per kilometer, about two-thirds of that of other countries.

Related news
Microsoft's garage application Read My World online: improve literacy rate in daily use (Figure)
World View developed high air ball and floated for 16 days
Semicon China: Huawei and Exxon bring semiconductor intelligent quality inspection and measurement solutions
Hot news this week
Wechat has not done this function for N years! Use this app to make up for the defects of wechat
Gree's response to "being disqualified from winning the bid": a mistake made by the bidder in sorting out the materials
IPhone 12: it's more like throwing away the charger
Apple wants to know: what do you do with the charging head of the old iPhone?
Luo Yonghao comments on ideal one: Tesla Model 3 is not a car of a level at all
A 400-brand evacuation Facebook： the internet giant strangled?
How long can "Laoganma" carry on after winning Tencent?
ASUS main board leads Rog day fans Carnival highlights
The dotcom bubble? U.S. technology stocks surpassed their 2000 highs relative to the S & P 500
Tesla's warranty service suddenly shrinks: touch screen and media control unit halved to two years
The most popular news this week
Cut off the charger and headphones? Apple dares, Android manufacturers may not dare
NASA says Boeing has to address 80 issues related to the starplane
Blizzard publishes a lot of information about world of Warcraft: Shadow country: beta test next week
Musk thanked the Chinese team: he was closer to the second batch of $1.8 billion options
Microsoft's new proposal: fix Chrome's notification reliability on Windows 10 (Figure)
After Microsoft shut down mixer, ninja, the Internet game anchor, began to broadcast live on YouTube
Microsoft Teams Online Together Mode: Video Chat in Shared Virtual Background
Game developers can now use Project xCloud remote access Xbox development suite
Rest assured: Apple confirms arm Mac will still support thunderbolt interface
89 mobile phone applications banned by Indian Army