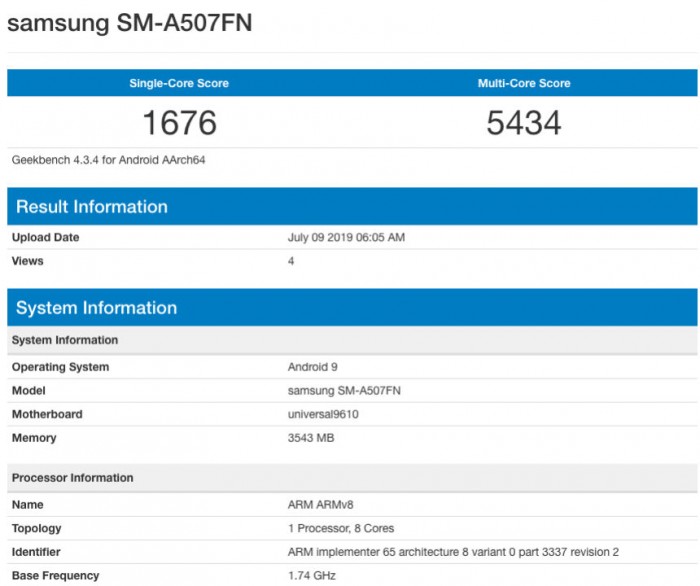 The Galaxy A50s scored at a moderately low level on the GeekBench running sub-library with a single-core score of 1676 and a multi-core score of 5434. There are no other improvements in the Galaxy A50s yet, and it is not clear when it will be officially released. However, there are reportsSamsungEfforts to expand the Galaxy A seriesMobile phone, including the previously rumored A30s, A20s and A70s, etc., is expected to be released before the end of this year.