The 14nm process is here? Intel will push the 10-core Comet Lake CPU slot next year and have to change it.

AMD has released the Ruilong 3000 processor these days, with 7-nm technology and up to 16 cores and 32 threads. The performance of single-core and multi-core has made great progress. Especially, the performance of single-core and multi-core has been shameful before the snowfall, and it is chasing Intel Core i9 directly. It has high energy efficiency, high performance-price ratio and its advantages are too fast to count. 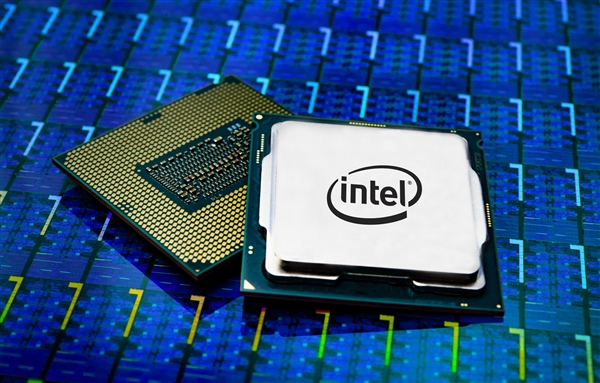 AMD is now proud of horseshoe disease. What about Intel? At the Taipei Computer Show at the end of May this year, Intel released Ice Lake, a 10-generation Core Processor, using a new Sunny Cove architecture and 10-nm technology, but Ice Lake is currently mainly aimed at mobile platforms and has nothing to do with desktop CPUs.

Desktop CPU needs some time to go up to 10nm technology and new architecture. According to the previous information, the desktop version still depends on Comet Lake (Comet Lake) or 14nm technology, but the number of cores/threads continues to increase. The mainstream platform will have 10 cores and 20 threads this time. 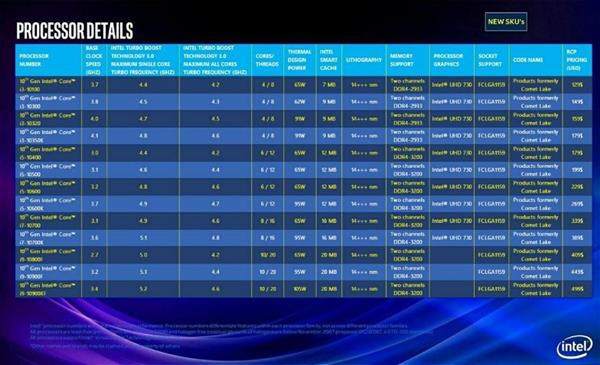 But the most surprising thing isIntel really launched the 14nm process.We all know that Intel has now launched three generations of 14nm processes, the latest of which is 14nm, and officials have avoided talking about whether there is a new improved version of 14nm (not on the road map so far), but another 14nm process seems a little out of common sense, especially when netizens are dissatisfied.

Another bad news is that the LGA interface will be changed again. The list of SKU is LGA1159, which has eight pins more than the current LGA1151. It's bound to change the motherboard and chipset again.

If you only look at the specifications of 10 generations of Core processor, there is some authenticity, but from the point of view of 14nm process, the authenticity of this disclosure is questionable. If Intel really intends to launch 14nm process, then Intel obviously determines that everyone does not mind the process, there are 10 core 5.2GHz processors, the price remains the same, it is really fragrant warning.

Related news
Intel desktop CPU roadmap exposure: two years still focus on polishing 14nm
14nm is not dead! Intel shipped 15W Comet Lake-U series in November
HP notebook with Comet Lake-U processor exposure Optional MX250 alone
Intel's 10th generation Core Comet Lake released: want to buy high-performance thin and light this look here
Lenovo launches 7th generation ThinkPad X1 Carbon notebook thinner and lighter with Comet Lake CPU
Intel Core i3-10100 Quad Core Processor Exposure: Comet Lake or Universal Hyperthreading Technology
Intel releases new comet Lake workstation processor of Xeon w-1200 series
Hot news this week
Wechat has not done this function for N years! Use this app to make up for the defects of wechat
Gree's response to "being disqualified from winning the bid": a mistake made by the bidder in sorting out the materials
IPhone 12: it's more like throwing away the charger
Apple wants to know: what do you do with the charging head of the old iPhone?
Luo Yonghao comments on ideal one: Tesla Model 3 is not a car of a level at all
A 400-brand evacuation Facebook： the internet giant strangled?
How long can "Laoganma" carry on after winning Tencent?
ASUS main board leads Rog day fans Carnival highlights
The dotcom bubble? U.S. technology stocks surpassed their 2000 highs relative to the S & P 500
Tesla's warranty service suddenly shrinks: touch screen and media control unit halved to two years
The most popular news this week
Just two years after the cell phone was used, it crashed? Is there anything fishy behind this
The biggest obstacle for domestic chips is not photolithography: the real weakness is determined
Arm China's 32-bit embedded processor IP "Star" has 7 projects
Sources say the U.S. Department of justice is conducting a criminal investigation into wirecard
Google Chrome browser status_ Access_ Crash due to violation error
LGBTQ community Blue City brothers once soared more than 124% in the market
Without headphones and chargers, the iPhone 12 is even $50 more expensive
Microsoft's free benefits! How to save win10 beautiful lock screen wallpaper
Garmin launches a series of new smart watch products with solar charging
NASA Sherloc will travel to Mars to search for evidence of life