China’s surveillance technology, which is being watched by the White House, is being snapped up by many countries. 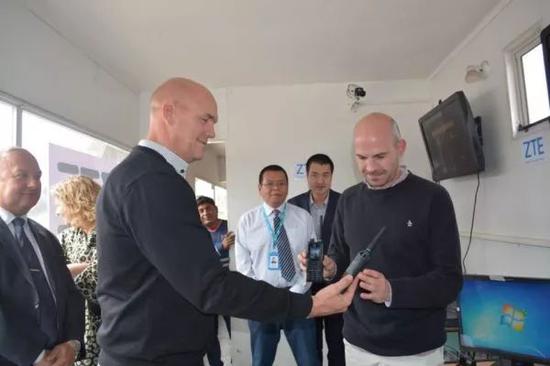 However, this is a popular project in the local area. As expected, it has been frequently “concerned” by some US officials.

But the development of the next situation seems to disappoint Americans...

If nothing else, ZTE’s first equipment in the Jujuy province of Argentina will arrive in September this year.

The Jujuy provincial government said that ZTE has set up a small pilot zone in a local public city park.

According to Reuters, Jujuy is one of the poorest provinces in Argentina, and the crime rate is slightly higher than the national average. Therefore, “the provincial officials have reason to open the door to Chinese technology capable of purchasing”.

In May of this year, the province of Jujuy organized a special report detailing how this technology will help reduce crime rates. 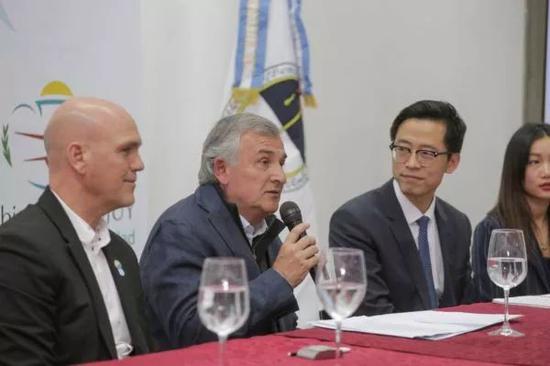 “Residents are willing to accept the presence of surveillance equipment in exchange for a safer street environment,” Argentine Security Minister Meyer said in an interview.

Just as the project progressed smoothly, some people in the United States stood up and "sounded".

This "concern" has come a little bit awkward - after all, for a small project with a small amount of little foreign media attention, it can be alarmed that US officials are rushing out and pointing fingers.

The "concern" of the US is full of all sorts of smears and filth.

Reuters said that as early as the ZTE project, the United States constantly warned allies not to buy Chinese security technology, nicknamed the use of Chinese technology "hidden dangers", especially monitoring technology. However, the United States did not provide sufficient evidence when issuing these warnings.

In this context, the contract between Jujuy and Chinese companies is naturally seen by some Americans as another example of “China’s security technology has entered Latin America”.

"The United States is worried about this previously undisclosed project, reflecting how the country is scrutinizing transactions of all sizes and striving to slow the pace of adoption of China's security technology around the world," said British media analysts.

The United States has tried every means to prevent China’s security technology from being promoted in more countries, but what is the result?

The Argentine response gives the answer.

Argentine Security Minister Meyer bluntly said that in addition to the existing series of monitoring layouts and equipment, he hopes to further cooperate with ZTE - to expand the monitoring system to include face recognition, a technology that has been gradually promoted in China. .

“In Argentina, no one expressed concern about the deal.” Reuters further stated that “China is a major trading partner of Argentina and is regarded by the latter as an important friend rather than a threat.”

"Any law-abiding citizen does not have to be afraid to monitor the system, it is to protect them." Meyer said.

It is worth mentioning that in Latin America, it is not only Argentina that supports Chinese security technology with practical actions.

Many local countries, including Ecuador and Uruguay, have been with China.HuaweiCooperate with companies such as China Electronics Import and Export Corporation to establish monitoring systems in the country.

Even in the United States, "close ally" in the United Kingdom, many people hope that China's monitoring technology will be promoted.

"the deployment of facial recognition in China is absolutely correct." Ken Marsh said so.

In the interview, the British police chairman did not regret his praise. While describing China's face recognition technology as a "magic" and "accurate" technology, he even called for facial recognition monitoring to be "24-hour deployment" in parts of London.

Marsh took the terrorist attack in London in 2017 as an example. He said that the British police were tracking the terrorists involved before the incident, but they later "lost."

"If there was such a system in London at the time, we might have caught the terrorists..." Marsh said.

Chinese technology "should not be politicized with ulterior motives"

In fact, there are more and more places in the United States that are strengthening public security management through face recognition technology.

The US "Connected" monthly website reported on March 21 that some schools in New York State and concerts of American stars have adopted face recognition systems to protect students or celebrities.

"Because the United States is unable to take action to stop gun violence, people are turning to surveillance, especially biometrics monitoring technologies like face recognition technology," the article said.

In a survey conducted by the European Union in December 2017, Georgetown University said that the US Department of Homeland Security had a high face recognition system at nine airports, with an average of one in every 25 passengers. The recognition result is incorrect.

In contrast, another set of data is more intuitive: according to the British technology media "Enterprise Internet Corporation website" disclosed in June last year, the National Institute of Standards and Technology (NIST) issued a report showing that Chinese and Russian faces The recognition system is the world leader in accuracy. In an annual performance competition, Chinese and Russian companies took the top five.

“I want a face recognition system? The US government says to buy Chinese goods.” The British media summed up in the report at the time.

In the face of the US’s obstruction to the normal projects of Chinese companies in Latin America, at the regular press conference of the Ministry of Foreign Affairs held on July 8, the spokesperson Yu Shuang also responded: “The US words and deeds are unreasonable and fundamental. Irresponsible."

He said that the video surveillance system can be used in the United States, and of course Argentina can also be used, and should not be politicized with ulterior motives. Some people in the United States are always speculating on Chinese equipment, and Chinese technology threatens to bring Americans safe, but they have never been able to come up with any convincing evidence. This kind of subjective speculation is ridiculous.

"The Latin American countries themselves are most concerned about their own interests and security, and do not need the United States to worry about it." Yan Shuang said, "We urge the US guests to watch the cooperation between China and Latin America, not to be born out of nothing, to do more things that are conducive to the development of Latin America."

Related news
Google cloud has acquired cornerstone technology and the price has not been disclosed
The U.S. government called the tech giants to discuss how to deal with the epidemic
Big house saves money! RMB 299 millet, ax1800 can be matched with ax3600 mesh
Semicon China: Huawei and Exxon bring semiconductor intelligent quality inspection and measurement solutions
Hot news this week
Wechat has not done this function for N years! Use this app to make up for the defects of wechat
Gree's response to "being disqualified from winning the bid": a mistake made by the bidder in sorting out the materials
IPhone 12: it's more like throwing away the charger
Apple wants to know: what do you do with the charging head of the old iPhone?
Luo Yonghao comments on ideal one: Tesla Model 3 is not a car of a level at all
A 400-brand evacuation Facebook： the internet giant strangled?
How long can "Laoganma" carry on after winning Tencent?
The dotcom bubble? U.S. technology stocks surpassed their 2000 highs relative to the S & P 500
ASUS main board leads Rog day fans Carnival highlights
Tesla's warranty service suddenly shrinks: touch screen and media control unit halved to two years
The most popular news this week
Arm China's 32-bit embedded processor IP "Star" has 7 projects
Sources say the U.S. Department of justice is conducting a criminal investigation into wirecard
Google Chrome browser status_ Access_ Crash due to violation error
LGBTQ community Blue City brothers once soared more than 124% in the market
Without headphones and chargers, the iPhone 12 is even $50 more expensive
Microsoft's free benefits! How to save win10 beautiful lock screen wallpaper
Garmin launches a series of new smart watch products with solar charging
NASA Sherloc will travel to Mars to search for evidence of life
Google slide shows Android 11 may be available on September 8
ASUS announces lingyao 14 sharp dragon edition Notebook: lighter than me, not thinner than me