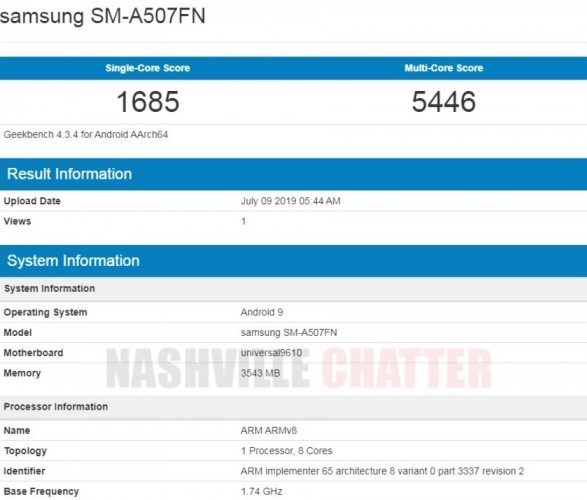 The Samsung Exynos 9610 uses Samsung's second-generation 10nm process, 8-core design, four A73 2.3GHz cores, four A53 1.6GHz cores, and the GPU is the Mali G72 MP3. The parameter is slightly higher than the Snapdragon 660, which is basically equivalent to the level of the Snapdragon 675.

In addition, the SM-A507FN is also equipped with 4GB RAM and Android 9.0 system, which is basically the same as the Galaxy A50.

It is worth mentioning that the Samsung Galaxy A50's rear camera has achieved a comprehensive score of DXO 83 points, surpassing the Sony Xperia XZ3 and other series of last year's flagship, so the SM-A507FN's rear camera is also worth looking forward to.