Chuan McAfee planned to re-list in 2011 and was acquired by Intel for $7.5 billion 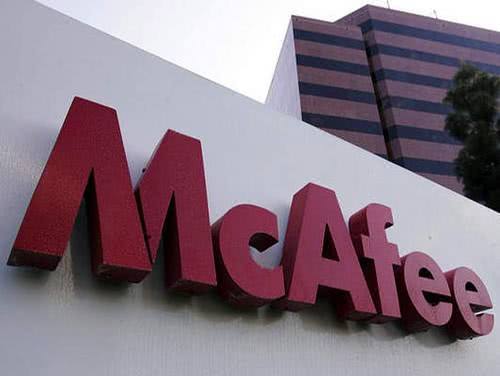 McAfee and all of them will meet with investment banks this week to discuss plans for a possible listing as soon as this year, sources said Wednesday. According to one of the people familiar with the matter, initial public offerings can raise at least $1 billion and value McAfee at more than $5 billion. But there is no guarantee that McAfee will be able to make an initial public offering at a valuation of $5 billion.

McAfee currently belongs to private equity firms TPG and Thoma Bravo, as well as Intel. When TPG bought 51% of McAfee from Intel in 2016 and built the company into an independent company, it was valued at $2.15 billion, including debt, at $4.2 billion. McAfee went public in 1999 and Intel bought the company for about $7.5 billion in 2011.

According to sources, under current ownership, McAfee has increased cash flow by changing its business strategy and acquisitions - a matter of close concern to public investors. McAfee acquired cloud security provider Skyhigh Networks and VPN service provider TunnelBear in 2018.

Sources said McAfee owners had considered selling the company outright in the past, and eventually they might choose to do so instead of an initial public offering. Nevertheless, owners are optimistic about the prospects of initial public offerings, in part because of the company's recent relatively good performance in some of its closest public comparisons, including Symantec, Avast and Palo Alto Networks.

The initial public offering market has been strong, especially for some technology companies. According to Dealogic, the number of initial public offerings of technology companies in the first half of 2019 was the largest in nearly 20 years. McAfee's initial public offering will also take place at a time when investors in the public market are interested in network security. CrowdStrike, a cloud-based security software maker, is trading at almost twice its current price of $34 when it went public last month. The technology sector also provides fertile ground for private equity firms. Thoma Bravo, a software-focused company, acquired ConnectWise, Imperva and Veracode in 2019 alone.

Related news
Chuan McAfee planned to re-list in 2011 and was acquired by Intel for $7.5 billion
Campaign Agent: John McAfee may have been detained
Internet security company McAfee plans to seek an estimated $8 billion in IPO this year
Hot news this week
Synergy Research released 2020Q1 China public cloud market report Baidu Intelligent Cloud stable third
Wechat has not done this function for N years! Use this app to make up for the defects of wechat
Gree's response to "being disqualified from winning the bid": a mistake made by the bidder in sorting out the materials
It's a traditional vertical record! Evaluation of Toshiba MG08 16TB second generation enterprise class helium filled hard disk
Microsoft official free data recovery tool windows file recovery experience
2020 wechat Dragon Boat Festival travel big data: the number of wechat payments increased by 43% year on year, and the post-90s most like to travel
Apple wants to know: what do you do with the charging head of the old iPhone?
NASA's face touching Necklace: vibration warning to prevent the spread of new coronavirus
This design Chinese old man Le Du suit! Norwegian one-car push mini-stepping car: human electric two powe
Amazon cancels disposable plastic products in India
The most popular news this week
A 400-brand evacuation Facebook： the internet giant strangled?
"Headline party" panning for gold on the edge of wechat's "red line": the cost of doing evil is very low
Was China Mobile disqualified from winning the bid due to fraud? Gree: peer malicious slander attack
Samsung Galaxy note 20 and note 20 ultra are likely to be the most expensive note models in history
This session star is not the spokesperson, enter the Internet enterprise more fragrant?
China accounts for 94% of us fireworks imports
Manon, USA, is fleeing Silicon Valley
ASUS main board leads Rog day fans Carnival highlights
What's more than a shot? These hidden functions of the updated wechat are 6
600 flat art space high speed coverage! Glory Road 3 Help China Academy of Fine Arts build Cloud Graduation Exhibition