The hospital has a special department to treat the game addiction, and the patient has a bonus for discharge. 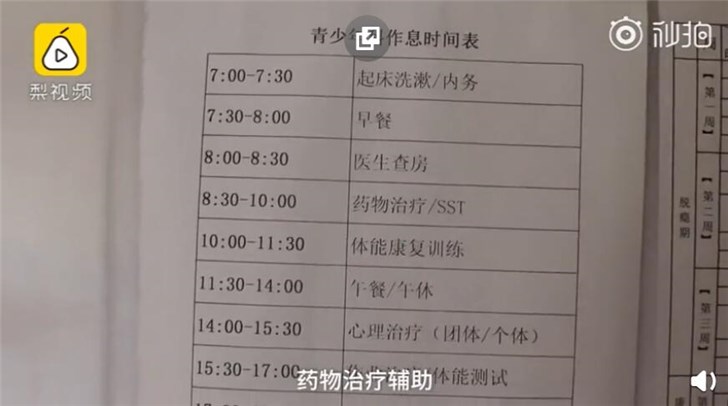 According to the doctor, the patient is the youngest at the age of 9 and the oldest is 27 years old. Some patients have used mobile phones all the way, and they are known to be in the hospital after they have taken off their mobile phones. Doctors say that family members also want to join the treatment, "do not solve the family problem, and cure the home will become the same".

According to reports, the entire treatment is based on psychotherapy, adjuvant medication, combined with physical training, behavioral correction. It is reported that after the patient is discharged from the hospital, if he can successfully honour for three months, the hospital will give a bonus of 1,000 yuan, and then ethics for another three months, and then give 500 yuan.

Related news
Samsung The SERIF TV release: 11999 yuan for built-in "environmental screen" model
The linely group's best mobile processor of the year: God u Kirin 810 wins the title
"Generation God U" Kirin 810 gets The Linely Group's annual "Best Cell Phone Processor Chip"
Hot news this week
Wechat has not done this function for N years! Use this app to make up for the defects of wechat
Microsoft official free data recovery tool windows file recovery experience
IPhone 12: it's more like throwing away the charger
Gree's response to "being disqualified from winning the bid": a mistake made by the bidder in sorting out the materials
Apple wants to know: what do you do with the charging head of the old iPhone?
Tencent magic change Yang surpasses video self mockery: I'm a simple and honest fake spicy sauce lost 16 million
Luo Yonghao comments on ideal one: Tesla Model 3 is not a car of a level at all
A 400-brand evacuation Facebook： the internet giant strangled?
How long can "Laoganma" carry on after winning Tencent?
The dotcom bubble? U.S. technology stocks surpassed their 2000 highs relative to the S & P 500
The most popular news this week
Galaxy A71 of Samsung 5G UW models will provide Verizon users with a millimeter wave experience
Nord announced: see you on July 21
More focus on the design of Internet of things
NASA releases inspirational Mars fortitude Rover Promo
Air conditioning industry "palace fight" drama! Glimei's open "fight"
withdraw from a group! The United States officially informed the United Nations to withdraw from the World Health Organization
How to turn on Windows 10 GPU hardware acceleration? Microsoft tips
Microsoft prevents more devices from upgrading windows 10 version 2004 (Figure)
Turn to Q2 mobile phone market: the second-hand market iPhone 7 into king, 5g replacement wave or wait for iPhone 12
One week after the ban was lifted, the surface laptop 3 / Pro 7 still can't upgrade windows 10 20h1