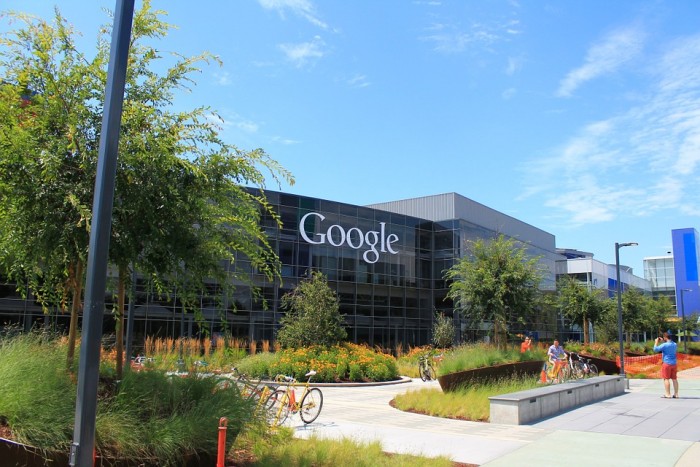 It is worth mentioning that at present, Google has expanded its influence beyond the digital technology world, and its degree of involvement in urban physical space has also increased.

In this year alone, Google spent $13 billion to buy real estate in 24 cities in the United States to expand its size and influence. In some places, Google’s emergence has not only brought jobs, but also offices, data centers, retail spaces and even residential buildings with full office equipment.

Accurately summarizing, Google now lacks regulation of power in the United States. Because of this lack of regulatory “power”, the potential influence it contains will become more conspicuous and unacceptable. It is worth mentioning that the practice of Google is not lacking in emulation in the past, present and future. Industry giants such as US Steel and Pullman are also following the example of Google, madly expanding on “geographical significance”.

In fact, Google is using its huge influence to create an ecosystem dedicated to its own productivity and profitability. Its essence is a complete urban economic complex.

Although it sounds like “ecological circle” and “economic complex” seems to be the panacea for modern enterprises to stimulate growth, the past history proves that the “ecology circle” is formed by the intertwined enterprise profit, management and daily life based on market monopoly. "Comprehensive" will have a damaging impact on society as a whole.

The specific damage performance is that Google has hidden many secrets in the expansion development plan, and has insufficient understanding of the risk assessment of the expansion plan, and has not disclosed the information in a timely manner. This has caused many locals to be resentful of Google's expansion plans and feel anxious and upset about the long-term impact of its expansion. In particular, the public can only understand through public records that Google's expansion in the United States is closely related to the government's tax exemption policy. This has led to the development of Google in the United States has encountered strong opposition from the people.

The consequences of Google’s crazy expansion in the city

It is pointed out that it is worthwhile to have such a large-scale Google job and financial investment for some cities, especially those in economic troubles. What is the worst situation?

This question is difficult to answer, but Google's expansion case in San Jose, USA may provide some guidance experience.

Google has invested $380 million in a new corporate campus in San Jose, a self-proclaimed Silicon Valley "capital". However, Google has not been welcomed by locals. Some local residents and organizations have issued an alarm to Google’s arrival. They pointed out that Google’s development plan in San Jose will raise local living costs, and it will also cause some people to be forced. The relocation is even homeless. After the local city government and Google held closed-door consultations on related issues, the public's panic increased. The reason for this is a closed-door consultation, because Google used the "non-disclosure agreement" reached between the city and the city.

However, Google also assured local people that it will solve the local housing crisis. Google will invest $1 billion to develop 20,000 new homes in the Bay Area, of which San Jose will have 5,000. It is worth mentioning that in the above-mentioned total investment of 1 billion US dollars, Google will use the 750 million US dollars to transform the land originally belonging to the enterprise into residential construction land, and will be open to the "all income classes" after completion. The remaining funds will be used to motivate openers to build affordable homes.

Although Google pointed out that the plan will serve as a solution to the San Jose housing crisis, the skeptics still say that the impact is even more troublesome than the housing crisis itself. If Google is unwilling to withstand the large losses caused by the $750 million investment, then its new homes are likely to be offered to Google employees and contractors, including many blue-collar workers. In fact, many US cities, including San Jose, use the tax-free policy as a condition to attract Google to settle down. Like the corporate parks in other places, Google will build a recreational area for restaurants, gyms, shops and employees. Google’s new campus in San Jose will be a model for the next generation of business towns.

In response to the social and economic problems caused by the first "gilded age", Pullman announced an expansion plan similar to that of Google-building housing and retail stores for employees and building a "corporate town" near the new factory. Like Google, George Pullman wants his corporate town to provide solutions for the city. Shorter commuting distances, textured living facilities, and a bird-and-flower environment can make workers happier and more productive.

However, Pullman’s “enterprise towns” and Google’s model did not reflect the wishes of the residents, but it was shifted by the will of companies such as Google. The only difference is that Google will not transform its corporate campus into an official autonomous institution like Pullman. However, some points of view point out that we should be vigilant about the national expansion of Google's "enterprise towns" model.

For many employees working in Google's new campus in San Jose, the company makes their employers also landlords, and even the creators, owners, and communicators of their data. In almost every aspect of everyday life, residents of Google's corporate campus must comply with the civil code established by executives and shareholders (rather than the US government's regulations for public affairs). Google is in the position of corporate hegemony, and it may control the rights and responsibilities of employees and residents in the park in an unimaginable way.

There is of course another possibility. That is, the local government does not allow Google to invest in private land and housing, but instead asks Google to pay taxes and use it as a source of funding for community building. However, as far as the current situation is concerned, Google’s “enterprise town” model and its crazy expansion plan have been questioned, and only time can prove the right and wrong of the Google model. (Author / Liangzhu)