A model specification sheet of the Comet Lake-S series has been leaked to the Internet a few days ago. It belongs to the 10th generation Core, and is the same as the 10nm Ice Lake. 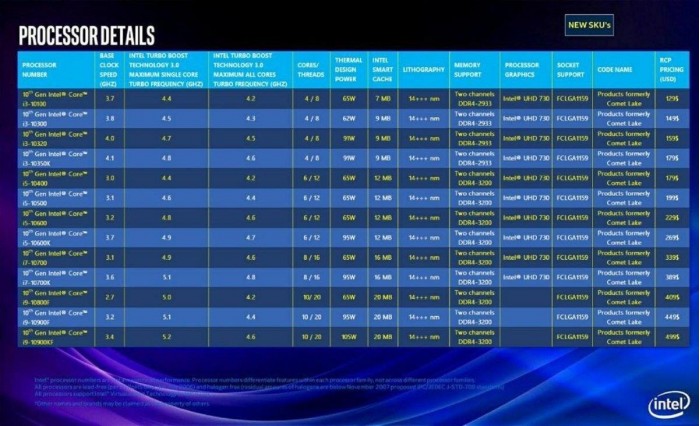 However, Taiwanese counterpart XFastest received an anonymous reader's exposure today, exposing the launch time and specifications of Comet Lake-S, but the statement is not the same.

It looks like it is veryIntelOn the official style road map,Comet Lake-S will not enter the production phase until the last week of this year, and the official release will be scheduled for early next year, perhaps at the CES 2020 conference.

Above it,The enthusiast-class Core X Series welcomes the upgraded version of Cascade Lake-X in the fourth quarter of this year., from the second generation of scalable to strong (Cascade Lake), butUp to 18 cores and 36 threads, 165W thermal design power, LGA2066 interface, and X299 chipset. These main features are exactly the same now.After all, the process and architecture have not changed much, or the 14nm Skylake set. 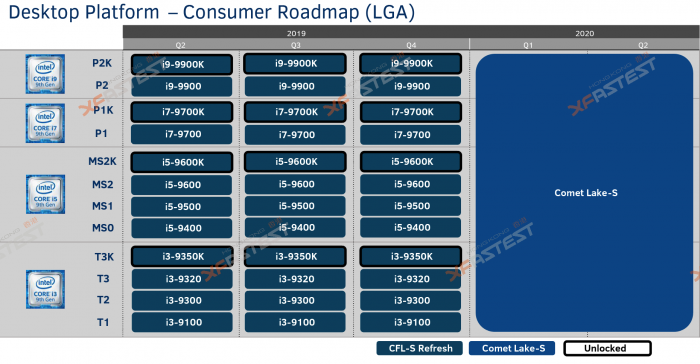 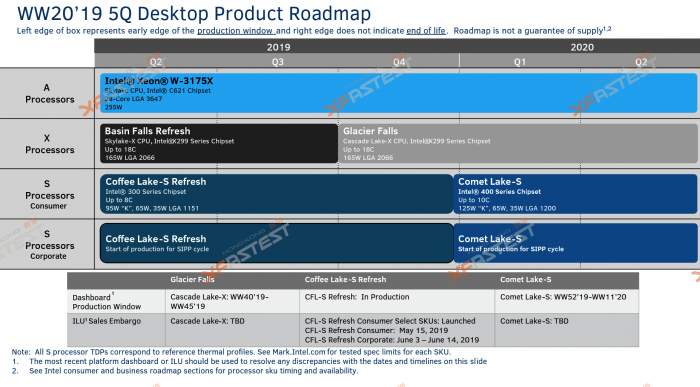 Next is the detailed features of the Comet Lake-S platform.It really does have up to 10 cores and 20 threads, but the interface is replaced with LGA1200, with the new 400 series chipset.

Although the LGA1151 has been used for many years, it is really difficult to understand when the process architecture is basically unchanged and there is no DDR5.AMDHowever, it has been explicitly changed to replace AM4 when DDR5 memory is introduced.

Comet Lake-S's thermal design power is divided into three levels.The energy-saving version is still 35W, the mainstream maintains 65W, but the high-end reaches 125W, which is an increase of 30W from 8 cores to 10 cores.

Core and memory overclocking will continue to enhance, butThe standard support memory frequency is still DDR4-2666, and support for DDR4-2933 while studying one memory per channel., to be determined after the chip is tested. 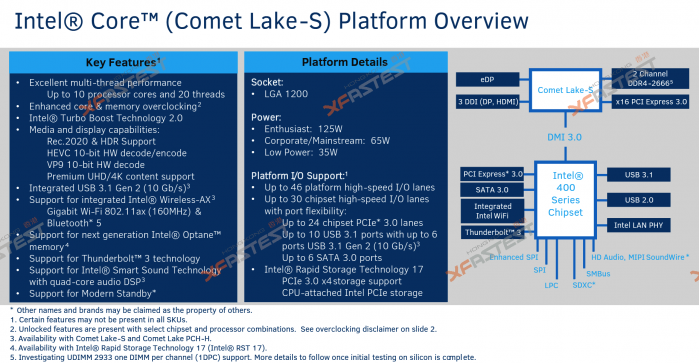