Just as the United States commemorates the Apollo program, a new moon landing competition is underway.

“Every country will say, 'Look at what we can do in space,'” said Emily Lakdawalla of the Planetary Society.

The Apollo mission is the climax of the moon race in the past decade. The United States spent a lot of money to defeat the Soviet Union, and the Soviet moon plan has never been realized. But after the Americans won, both sides lost interest.

“There is a low tide,” Lakdawalla said. The United States is focused on exploring deeper space missions, including the Viking lander on Mars and the Traveler Series detectors that explore the amateur solar system. At the same time, the Soviet Union completed the Luna series of unmanned lunar missions, and then focused on Venus. The manned space flight was closer to home, the United States carried out the space shuttle program, and the Russians chose to build a series of Earth orbiting space stations. 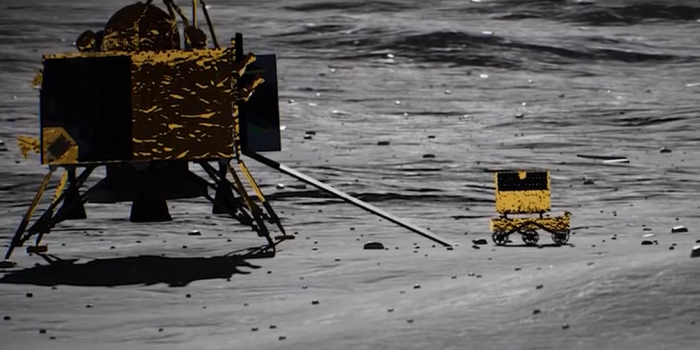 Return to the moon

By the beginning of the 21st century, the moon had welcomed a new group of tourists. In 2003, the European Space Agency launched a small lunar spacecraft called SMART-1. Later came the delegations of China, Japan and India. NASA has also begun a new mission, including a lunar orbit survey, which maps the image of the moon in detail.

Then, in 2013, the China National Space Administration launched the Chang'e III. It is the first human probe to land on the moon in the past 40 years.

Joan Johnson-Freese, a professor of national security at the U.S. Naval War Academy, has been studying China's space program, and according to him, China has been exploring space in a different way from the Apollo program.

"They saw us we have a kind of landing on the moon, pessimistically looked around and said 'we have come, done these, finished the attitude', so they decided to go in a very different way Their moon plan. ”

The Chinese are prepared to go step by step. Every step is ambitious, but not too expensive or too difficult.

“The capital and human investment in China’s space exploration is rational, restrained and scientific,” Wu Weiren, chief designer of the Chinese lunar exploration program, was in the center earlier this year.TVSaid in the program. The timing of the show is the latest detector in China, which is the fourth landing. It landed on the back of the moon on January 3, 2019, which was the first time any country landed there.

Bob Wimmer, a scientist at the University of Kiel in Germany, designed a radiation detector for the 嫦娥4. He said that the speed of Chinese work is surprising.

“Europe’s mission is very slow, Americans are twice as fast as Europeans, and Chinese are two to five times faster than Americans,” he said. “This is incredibly fierce.”

It took only one year from the moment the funds were obtained to his experimental load launch, which is unique for space missions. Wimmer called this "absolutely crazy," adding that he would work with the Chinese again.

It remains to be seen whether Chinese astronauts will follow Apollo’s footsteps. Wimmer thinks that the radiation detector he installed on the 嫦娥4 can only be used for one purpose: "Prepare to let humans land on the moon so they know what the radiation environment is."

Johnson-Freese said that China's space program has not promised to send astronauts to the moon. She said that formally speaking, their space missions are organized in two lines - one to send humans to low Earth orbit and the other to send robots to detect the moon.

She also believes that the two projects of China Aerospace can come together in the future. "Their insistence makes me believe that the next voice transmission we receive from the moon is likely to be Mandarin," Johnson-Fris said.

India is preparing to land on the moon

China is not the only country that targets the moon. India plans to launch Chandrayaan-2 earlier this week, the second lunar mission in India and the first attempt to make a soft landing. This will be the first mission in 2008, a re-orbital attempt after more than a decade of orbital aircraft called Chandrayaan-1.

Chandrayaan-1 accelerated India's space program, according to Sri Lanka Bilaravasu (Sriram Bhiravarasu), a researcher at the Houston Institute of Moon and Planet Research. "everyone was very excited. It ignited the spark of Indian researchers, "he said." "after the release of Chandrayaan-1, I started my doctorate."

He said that with the progress of the Indian research community, the country also hopes to explore other destinations.

“India is planning to conduct Venus exploration and Mars exploration missions in the next few years,” he said.

Johnson-Friss said that as during the Cold War, this enthusiasm for space is based entirely on politics on Earth. India and China are competing for geopolitical points in Asia. They hope their space program will make them look strong.

"Space has always represented technological advancement," she said. “So India and China are very eager to show other people in the region that they are that country – everyone should work with them.”

The Planetary Society's Lakdawalla is welcoming to the competition if it means that more lunar expeditions will be completed. It has been several decades since the last time someone visited the surface of the moon. She said that there are many things that human beings can find everywhere. "Now is the perfect time for scientists to return to the moon."