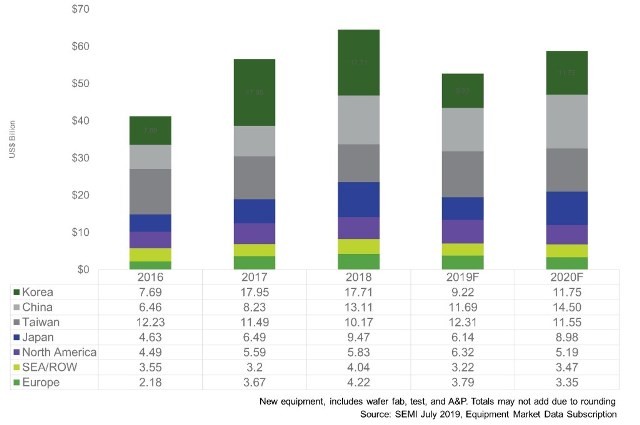 According to the "Nikkei Business News" website reported on July 10, intelligenceMobile phone

According to the report, the latest forecast released by SEMI shows that all regions except Taiwan and the United States are expected to decline year-on-year. Especially the storage giantSamsungSouth Korea, where SK hynix is ​​located, has seen a significant decline.

The report revealed that the above prediction was made on July 9th at the Semiconductor Equipment Annual Conference "Western International Semiconductor Exhibition" in San Francisco, USA. Relevant responsible persons commented on Japan's strengthening of export control of semiconductor materials in South Korea, saying that "(for semiconductor manufacturing equipment demand) may have little impact."