On the stage of MWCS 2019, OPPO is one of the most eye-catching manufacturers, because it has come up with the best solution of the current comprehensive screen - under-screen camera technology. And the engineering prototype displayed in the hardware structure level has been quite mature, infinitely close to the standard of mass production.

Like Shen Yiren's previous exposures, the engineering machine with OPPO camera technology on the screen followsMobile phoneOn the surface, this panoramic perspective screen looks no different from the ordinary screen, but there is a camera hidden under the screen. When the screen is lit and several wallpapers are switched on, the existence of the camera is completely imperceptible. Only when self-timer is activated, the small screen above the camera will open, and the front camera function can be perceived when it is close to the camera position.

For this reason, I found the patent picture of off-screen camera filed by OPPO on June 4, 2018. 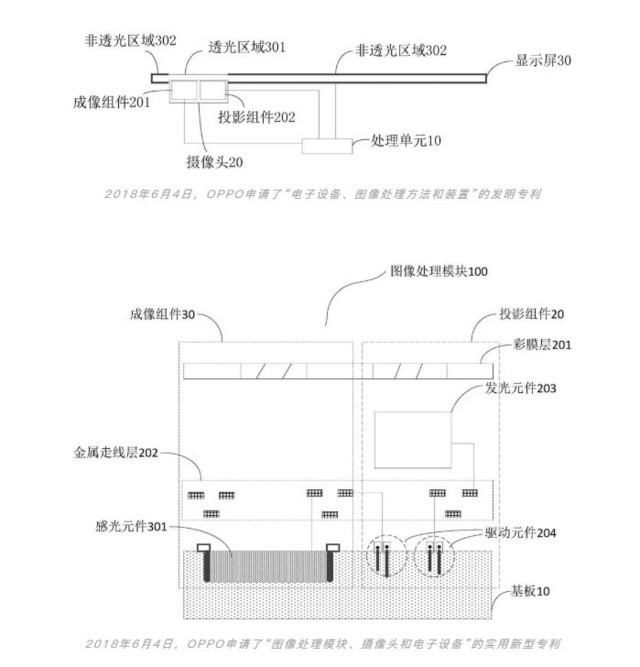 Below the translucent region, there are two components, one is the imaging and projection component for photography, and the other is the processing unit connecting the translucent region and the non-translucent region. To achieve this design, we need not only a team with deep technical knowledge to create, but also a sound scientific and technological support to turn "imagination" into reality. Obviously, OPPO implements this technology. 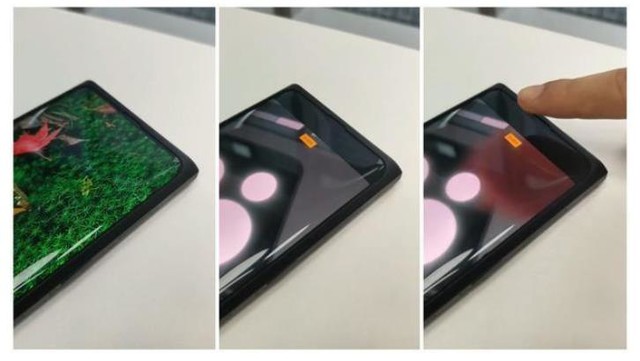 In the patented drawing of the lower half of the above figure, we can also clearly see that there are also driving elements below the projection element and the imaging element. This is actually a combination of the two components, and a "self-starting" effect is added. When the imaging component works, the photosensitive element and the photographic element below it. When you turn on the self-timer, you use the driving element to "act perception" to wake up the imaging and photographing function of the photosensitive element.

Therefore, it is not impossible for OPPO to commercialize "off-screen camera technology" in the second half of 2019.

We are often deprived of security by the fear of low cell phone power and insufficient time to charge. This ultra-fast flash charging technology introduced by vivo just solves this problem. The output voltage and current are 20V/6A, that is, large batteries with a maximum power of 120W and 4000mAh capacity can be charged in 5 minutes and can be fully charged in 13 minutes. Full.

Vivo demonstrates the technology on the spot, and cell phone power is soaring at a remarkable rate. By contrast, the current mainstream 22.5W fast charging can only charge 26% in 13 minutes, and the higher-end 40W fast charging can only charge 56%. That is to say, in the future, you only need to brush your teeth and drink a cup.CoffeeIn time, there is no need to worry about cell phone power.

AR glasses that can interact with mobile phones

AR technology has always been considered as one of the future technologies, but for various reasons, no product has been popular for a wide range of consumers. Vio AR glasses, with the help of 5G network's characteristics of high bandwidth, high speed and low latency, and with the use of vivo 5G mobile phone, can achieve many functions such as mobile office, AR games, high-definition video, human and material recognition. 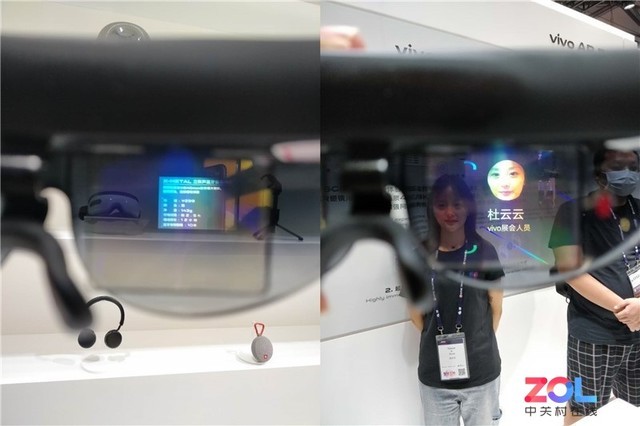 At the exhibition, we had a more comprehensive experience of vivo AR glasses: there are two cameras in front of the glasses for character recognition and object recognition, two screens for content display under the glasses, and the speaker is set on the rim of the glasses. After triggering the function on the linked mobile phone, AR glasses can display the corresponding function. Although the principle of technology is not profound, but in fact the hands have to say amazing unusual.

It is understood that the AR eyeglasses live experience is linked to the 4G vivo mobile phone, in the future 5G era, vivo AR eyeglasses will have a higher response speed.

Today, Realme India CEO Madhav Sheth made it clear on Twitter that the company will launch a new 64-megapixel four-camera, which will be the first to be released in India. 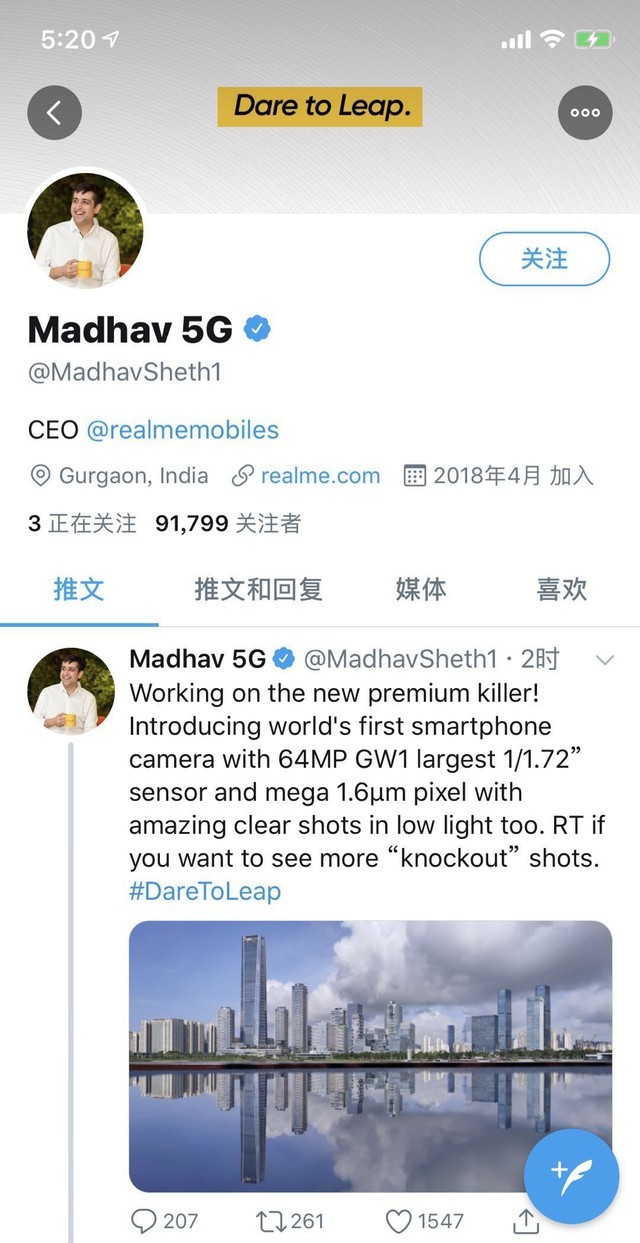 In this year's smartphone industry, 3200/48 megapixel cameras are widely used by high-end and middle-end brands in China. The sensors are either Sony's IMX586 or Sony's IMX586.SamsungGD1, and many of them are three or even four cameras, the vast majority of flagship aircraft manufacturers are the same. Today, OPPO's Realme announced for the first time a sample of a 64-megapixel camera with 16M of memory.

It is worth noting that the main subject of this machine is the ISOCELL Bright GW1 sensor released by Samsung. The sensor is also the only one on the market with 64 million pixels. GW1 sensor has a 1/1.72 inch super-large size sensor at the forefront of the industry. It can synthesize 64 megapixels into 16 megapixels through Tetracell technology. Compared with traditional sensors, GW1 can provide more abundant color tones and has stronger light perception ability.

GW1 sensor supports high dynamic range of HDR up to 100DB, which is higher than 60DB of traditional image sensor, while the HDR limit of human eye is about 120DB, which means that GW1 sensor is approaching the human eye limit and can be closer to the shooting effect simulated by human eye. 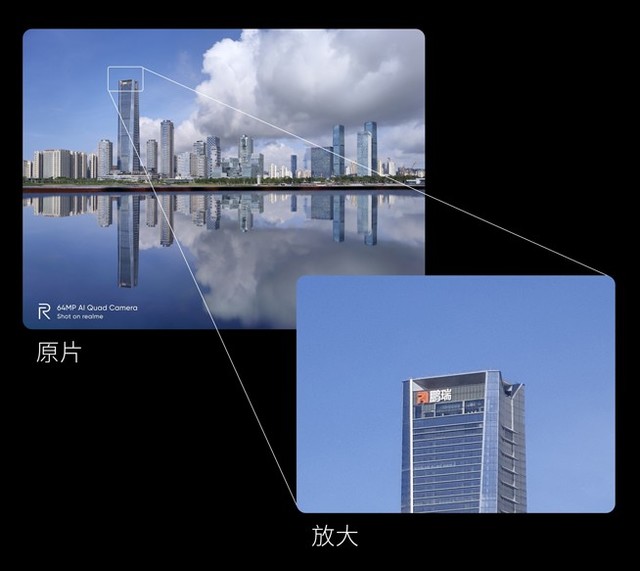 After opening the original image, we found that after enlarging the tallest building in the image, the text on the roof was still clearly visible, showing how powerful the 64-megapixel sensor was.

There has been a long-standing rumor that the 3D Touch feature on Apple's iPhone is dying. Recently, according to foreign media reports, Apple's new iPhone 11 may "cut off" the 3D Touch function, and the new iPhone may not have the previous pressure screen. 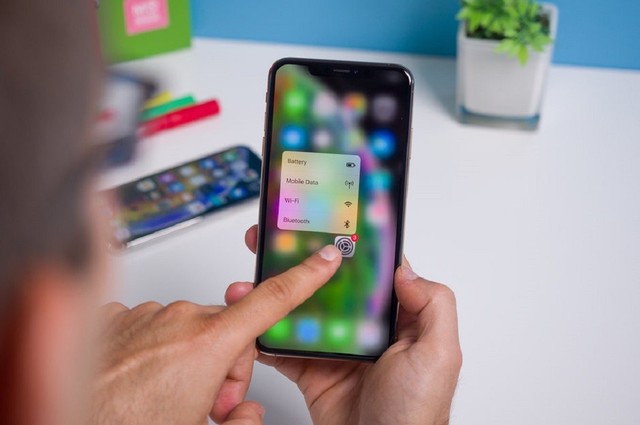 According to Digitimes, Apple is considering adding a BoE display to its supply chain, or being driven by Japan's recent export restrictions on South Korea, which could endanger it.OLEDProduction. So this means that the next generation of the new iPhone may not have a "pressure screen".

Meanwhile, over the past year, many analysts have predicted that Apple will no longer produce 3D Touch pressure-sensitive screens for its devices. And it has long been said that the XR of the iPhone does not have a 3D Touch, because it would make new phones cheaper.

Now, it's the annual release cycle of the new iPhone, so every new iPhone may not have a pressure screen, and the unique 3D Touch experience will no longer exist. Perhaps that's why Apple has begun to prepare for changes in the user interface of iOS 13.

In addition, according to foreign media reports, Apple's self-developed 5G modem is difficult to launch in a short period of time, and will be launched as soon as 2022 or 2023. The first 5G mobile phone needs to rely on Qualcomm.

Apple's self-developed 5G modem is no longer a secret. It was dug up in February this year.IntelUma Shenska, an important engineer at the 5G project, also emerged last month that Apple was interested in buying Intel's German modem division to speed up the self-research process.

Analysts also expect that 5G has begun to be commercially available.HUAWEIWhen Samsung and other manufacturers have launched 5G smartphones, Apple will also launch 5G iPhones next year, which means that Apple's first 5G iPhone will still use Qualcomm's modem instead of its own research modem.

When asked why China launched 5G mobile phones in China, the president of the mobile phone product line of consumer business gave the answer that it would be in August 2019 at the earliest.

Judging from the 3C certification that Huawei applied for before, there are two 5G mobile phones in China, Mate 20X 5G and Mate X, respectively. From the product listing sequence, it should be Mate 20X 5G version is faster, after all, it is adjusted from Mate 20X.

He Gang said that Huawei has the most 5G related technology patents. In the future, Huawei will pay more attention to the experience of hardware and software collaboration and enhance consumer experience around mobile phones. He also mentioned that Huawei mobile phone in China has grown greatly and is still growing. Overseas and domestic markets will continue to invest in the future.

Whether it's 120W flash charging or off-screen cameras, these technologies have emerged earlier, so as consumers, we also expect to enjoy the high-quality experience of cutting-edge technology products as soon as possible. Which technology do you look forward to in front of the screen? Leave a message in the comments section and discuss it with me.

Related news
T-Mobile: The iPhone 11 is equipped with 4-gigabyte memory 11 Pro/Pro Max for 6-gigabyte memory
Gates: if there is no antitrust case, windows mobile will dominate the market
Hot news this week
LG double screen mobile phone accessories ads lead to criticism: abnormal old man steals photos of beautiful women
Welcome to zen3! ASUS serial 11, three series AMD b550 motherboard
Microsoft speed! Windows 10 2021 will come next month
Seven manufacturers, such as Xiaomi, oppo and vivo, are too slow to join the mutual transmission alliance? On the spot
Three generations of sharp dragon make new! Amd ryzen 7 3750x / 3850x exposure: 105W super frequency little prince?
Intel updates Wi Fi and Bluetooth drivers for windows 10 systems
What does Huang Zheng want to say about the sudden change of letter style from pinduoduo to shareholders in 2020
LG Electronics will move two TV production lines from South Korea to Indonesia to improve global production efficiency
48 million main camera 120 Hz screen Redmi the most affordable 5 G mobile phone on the shelf :1799 yuan
I'm a Tesla leek for musk
The most popular news this week
Meizu 17 aircraft carrier limited edition is on sale today: the official promo is on fire!
Microsoft edge browser ushers in "surfing the Internet" game
Lu Weibing: Xiaomi is a global operating company, the European market has resumed 85-90%
Lenovo's new true wireless headset has a patented exposure profile similar to airpods
Nintendo sent a video review of "the collection! May in animal friends Society
Mozilla, reddit and twitter are calling for legislation to protect the privacy of Internet browsing
NASA's Mars rover will be equipped with instruments called Sherlock and Watson
What is the competitive advantage? Comparative analysis of Pixel 4a and iPhone SE 2(figure)
What great events have taken place in the field of space and space since the ten-year gap of manned flight in the United States?
Oakes was awarded compensation of 40 million yuan to Gree Dong Mingzhu: it is suggested to crack down on this "patent hooligan"