The report also pointed out that due to the influence of multi-factor resonance, the prosperity of China's Internet industry has declined, and the momentum of triumphant progress has encountered certain resistance. The Internet industry has begun to enter a new era of transformational adjustment and kinetic energy conversion.

However, in 2019, more than half of the time, in the past six months, the stock price of the listed companies has been different, and the market value has changed and the industry has shuffled again. Some Internet technology stocks with vertical advantages have become the darling of the market.

It can be seen from the list given by the report that many Chinese companies have become the “first echelon” of listed Internet companies worldwide. The listed companies include Tencent Holdings, Alibaba, Baidu, Netease, and the US Mission.Jingdong, fight a lot, three or six zero,CtripNet, Weibo. The status of BAT has not been shaken. 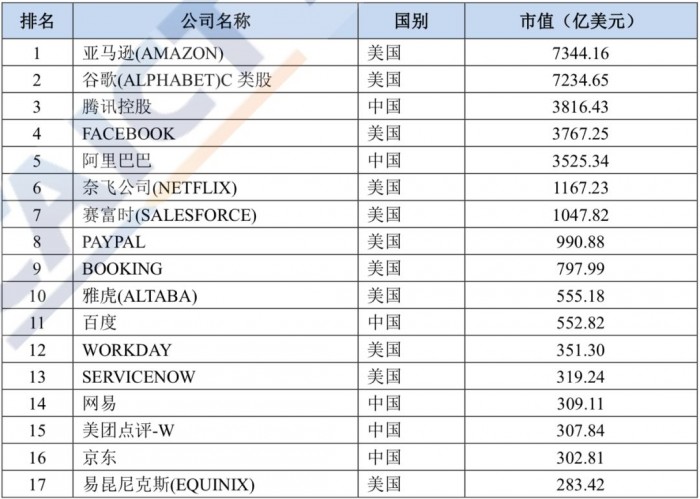 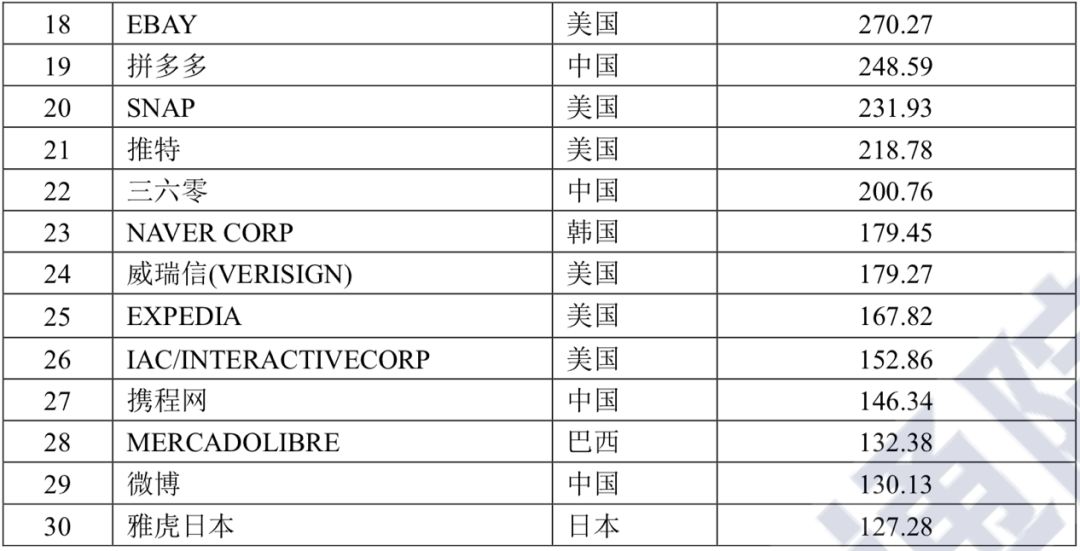 It is worth noting that the IPO wave of technology stocks in 2018 played an important role in creating the “Internet upstart”: two of the top ten Chinese Internet listed companies are “secondary stocks” with less than one year of listing: US Mission Review In September 2018, he landed on the Hong Kong Stock Exchange, and he landed on the NASDAQ exchange in July 2018.

The IPO wave of technology stocks in 2018 is also the third wave of listings of Chinese Internet companies after 2002 and 2014. During the year, the number of Chinese companies going public in the US reached a record high. The US stock market has nearly 400 stock IPOs, of which there are more than 60 stocks in the stock market. In addition to the fight, it also includes iQiyi, Yi, Tencent. Music and other heavy IPOs; in addition, the Hong Kong Stock Exchange has also implemented major institutional reforms to attract new mainland economic companies to list, the US delegation commented,MilletI have to catch up with this "winding". Leading companies in the vertical field are the main force in this listing.

Industry enters a period of transformation and adjustment

The "China Internet Industry Development Trend and Prosperity Index Report" also poses a common problem for Chinese Internet companies: how to survive better in the context of declining industry sentiment and industry winds.

The report pointed out that due to the resonance of internal and external factors, the Chinese Internet industry has encountered some difficulties, and the momentum of triumphant progress has slowed down, and it has begun to enter a new era of transformational adjustment and kinetic energy conversion.

"In 2018, China's Internet industry development prosperity index declined for the first time. The growth rate of listed Internet companies' revenues has slowed down, the total market value has fluctuated drastically, investment and financing activity has declined rapidly, and the industry has entered a new era of transformational adjustment and kinetic energy conversion. Internet companies Accelerate the pace of transformation and upgrading of traditional businesses, and new models such as smart retail, social e-commerce, e-sports, and short video are rapidly emerging. At the same time, we will turn our attention to the enterprise market and empower B through digital transformation and open service capabilities. Industrial Internet business is accelerating," the report wrote.

The report quoted the National Bureau of Statistics as the data pointed out that in 2018, the revenue of China's listed Internet companies reached 1.86 trillion yuan, a year-on-year increase of 30%, and the decline was significantly accelerated. Previously, between 2014 and 2017, the annual growth rate was 47.7%, 45.5%, 41.5%, and 38.1%, respectively. It is estimated that the revenue of China's listed Internet companies will exceed 2.2 trillion in 2019, with a growth rate of 20%-30%, and the growth rate is expected to slow further.

According to the report, in 2018, the four major business modules of e-commerce, games, social and search engines in China's Internet companies all experienced a slowdown in growth, and emerging kinetic energy needs to grow. Although the growth of cloud computing, big data, artificial intelligence and other businesses is fast, but the scale is small, it is still unable to effectively support the growth of the industry. E.g,Ali CloudRevenue only accounts for 6.4% of Ali's annual revenue, compared to Amazon andMicrosoftThe cloud business revenue segment accounted for 11% and 29.2% of revenue.

The industry/industry Internet market has great potential and is one of the highlights of the report. It is also becoming one of the directions that Internet giants are seeking to break through in the face of growth bottlenecks. Take Tencent, the leader of Chinese Internet companies in the list, for example. At the end of September 2018, the company announced a major organizational restructuring and became a milestone in its new round of overall strategic upgrades.

The list in the report is based on the market value at the end of 2018. Today, 2019 has already passed halfway. During this period, due to the differentiation of the stock prices of various companies, their rankings have also undergone major changes. 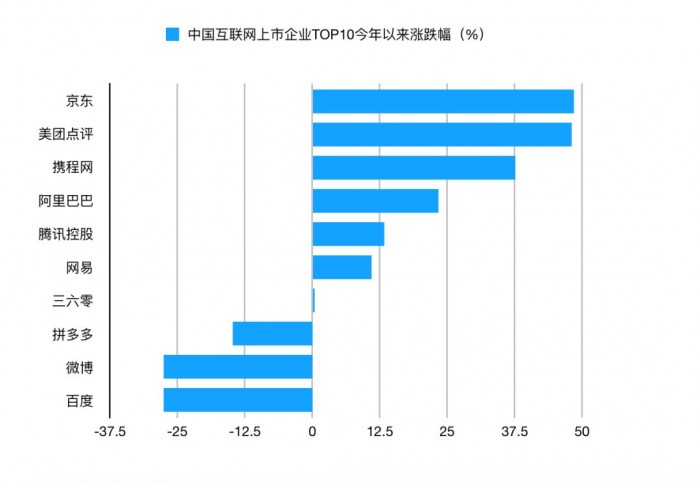 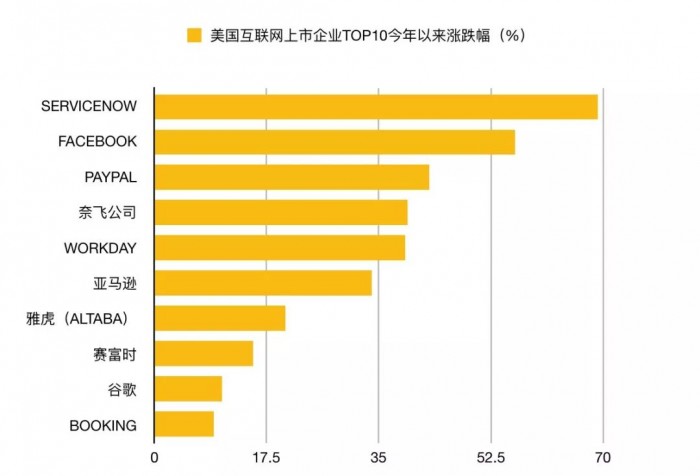 Related news
Internet listed company TOP30 China accounted for 1/3 Tencent Ali home China's top three
Hot news this week
Britain and China are discussing involving Chinese enterprises in the construction of high-speed rail in the country
New patent exposure of magic mix alpha millet: screen accounts for over 100%
Foreign netizens talk about Xiaomi 10: half cheaper than Samsung S20 with similar configuration and reasonable price
Data shows that global wafer production capacity is monopolized by Samsung TSMC and other manufacturers
Huawei: no cooperation with crypto Ag and other companies under the control of CIA
100% full screen? Samsung Galaxy note 20 first exposure: or in July
Global wafer capacity is monopolized by Samsung TSMC and other domestic CPUs / memory, which is too difficult
Xiaomi 10 series international edition will be postponed after MWC is cancelled
Amazon employee No.1: the giant is unstoppable, but there is evidence for the split
Alipay combined with a number of service providers push support plan catering businesses can get free online business services.
The most popular news this week
US scientists announce the key step to create the first new coronavirus atom map for vaccine development
Huawei announced 91 5g contracts and will invest 20 million US dollars to support 5g applications
10 years after its launch, Sony closed its official mobile phone website and Forum
Huawei releases 20205G new products and solutions Obtained 91 5G commercial contracts
Xiaomi's products are on sale: from 4999 yuan
Huawei has 1.3 million HMS ecological developers
Maybe Kirin 820, Huawei's official announcement will launch a new SOC
Microsoft has begun testing new windows 10 color icons: that's it
Invitation letter of Xiaomi 10 conference not delivered in time: detachable micro satellite model
AMD's 3400G processor goes up 20% against market price